Most Beautiful National Parks In California 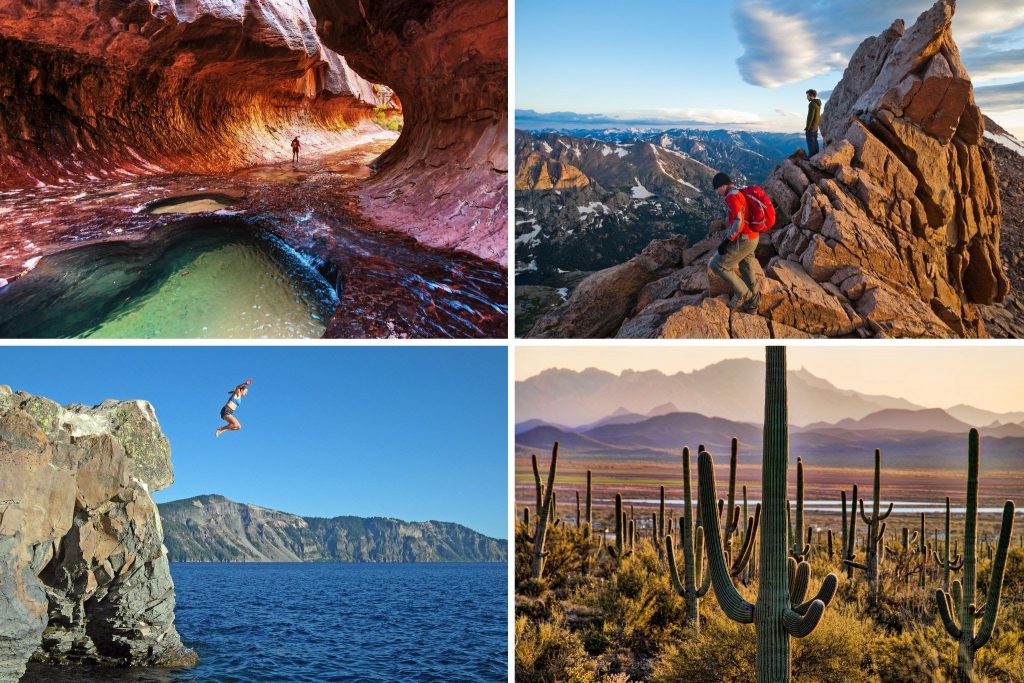 National Parks in California is a great showcase of the varied ecology found all around the state. Most travelers around the world know that California is famous for Hollywood but they are wrong. There are many things to explore like Golden Gate Bridge, Disneyland, Wine Country, Silicon Valley, and many more.

On the trip to California National Park, travelers be it driving through long road trips, climbing rocks, walking on isolated wild beaches. Now it depends on you what you like more but there are all things available for you for the whole year.

Have you know that at the time of the winter season all travelers can also participating in winter sports, or just experiencing springtime blooms. In winter you can also check new offers on Hawaiian Airlines Book Flight to visit California. In addition to less obvious sights and cultural aspects, you explore your trip anymore.

Here Is the List Of Most Beautiful National Parks In California

The epitome of sheer natural beauty and charm in the Sierra Nevada region. Yosemite national to some is considered the crown jewel amongst all-natural spaces in California. The expanses of the 1,100 square miles provide plenty for revelers, rock-climbers, photographers, or any of the 4 million visitors that visit this national park every year.

Despite the heavy footfall, Yosemite still affords spaces for personal experiences for visitors and has over a century-plus rich status as a national park. For hiking enthusiasts, the Tuolumne Meadows offers a great trail from crossing the Tuolumne river and coming across the Pacific Crest Trail that spans the country.

Situated between the Mojave and the Colorado Desert, Joshua National Park sports raw beauty in the form of stunning sunsets, big boulders, and various other flora and fauna. The National park is known to have been named by the Mormons who felt that some trees shared an interesting resemblance to that of Joshua’s arm that pointed out towards the promised land.

Sunsets are really stunning around the Park but also equally stunning is the view of the night sky over the expanses of the desert landscape. For travelers planning trips during the peak season, advance booking is recommended to avoid last-minute rushes and inconveniences.

Don’t let the name of this park throw you off, Death Valley National Park is actually one of the most beautiful parks in America due to its otherworldly landscape found through its wild trails. The Park is usually really not that active during the summers as it gets really hot and most travelers prefer to visit it during spring or late fall to avoid the scorching heat.

The Zabriskie Point is also a must for those visiting Death Valley as it makes for one of the most picturesque spots with pastel color landscapes that are just worth your Instagram feed.

The Sequoia & Kings Canyon National Park is located as part of the Nevada range and is home to some really big trees, stunning Sierra mountain scenery, and deep canyons. It rivals its northern neighbor Yosemite equally in terms of raw beauty and its expansive wilderness.

The Park offers free shuttle buses throughout May to September and can visit popular places like the Morro Rock which is the park’s signature hike, the Giant Forest filled with the massive General Sherman tree which has a base this is 36-feet in its diameter. Other popular places also include Lodgepole Campground, Kings Canyon scenic byway, and the marbled Crystal Cave.

The park is best suited during Spring or Fall time as the temperatures get pretty toasty during the summer and have two entrances. Some popular activities include at the park include rock climbing, camping adventure trails, and hiking. Love adventure trip then visits the Spirit Airlines Website online and make your reservation to visit Pinnacles Nation park this year.

Talus Caves is also a popular place to visit and carrying a flashlight there is recommended. The caves are also home to Townson’s Big-eared bats and may not be open to the public during pupping seasons.

Like Yellowstone in Wyoming, California also has its very own Volcanic Park called the Lassen Volcanic National Park. It has a mud spring and thermal geysers and is situated 50miles east of Redding.

Common names for this park include Devil’s Kitchen and Bumpass Hell and rightly so as it sports boardwalks that are an immersion for senses in the unique environmental setting. It is not as popular and crowded as the other national parks but is equally enchanting in its own right.

Lassen volcanic national park was created to preserve the vast swaths of the devastated areas after the 1915 volcanic eruption. It now bears large healed scars of hardened lava with flora and fauna flourishing in the cracks.

Tips for Airline Company Traveling on Your Deluxe Travel Holiday

Connecticut : All you need to know