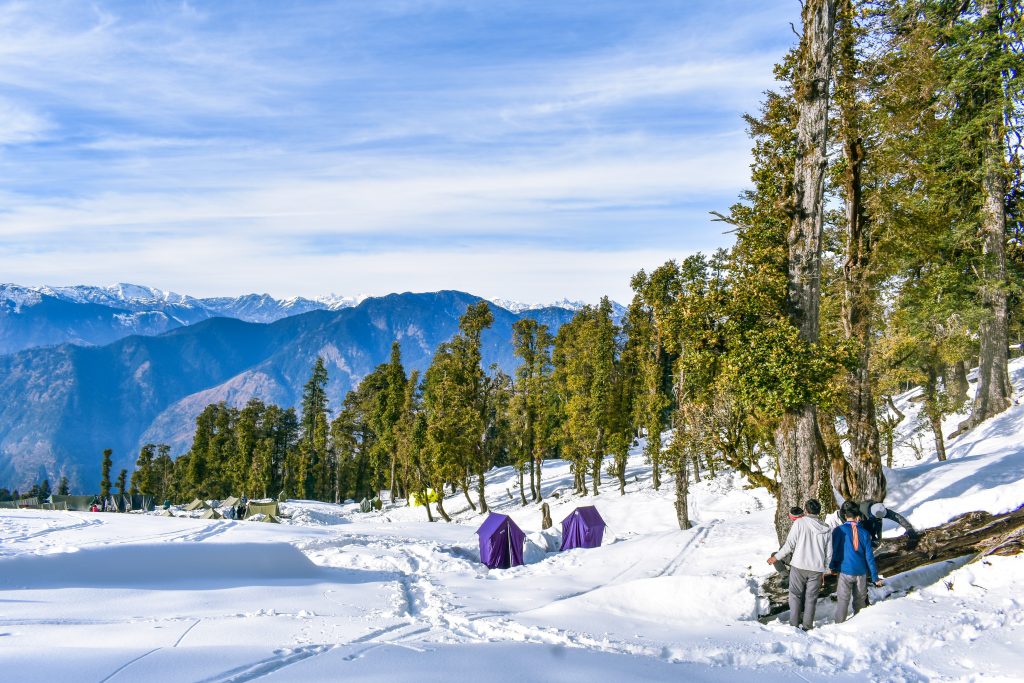 India is well known for its topographical features which vary from region to region.  The picturesque scenery, magnificent land, blue sky, beautiful rivers, ancient monasteries, varieties of flora and fauna, vast expanse of desert, all spread its glory. Kedarkantha Trek, a Himalayan Trek. Kedarkantha Trek, one of the popular winter treks in the Himalayan region is also known as Queen of Winter Treks. It’s popular among trekkers due to its deep snow in winters, mesmerizing view from the top, and the beautiful and easy trails along the way.

A real adventure lover will always get the pleasure of hiking or trekking, irrespective of the ease and the difficulty. Trekking is one form of outdoor adventure activity.

Few important things that one must follow for planning a trek to Kedarkantha:

A mountain peak in the Himalayan regions in the state of Uttarakhand in India which is located at the Uttarkashi district. Kedarkantha is an easy going trek well appropriate for beginners and family. The journey starts with the trail along the thick pine forests of Govind National Park. Climbing to an altitude of 12,500 ft., it’s worth watching the view from top. It’s an adventure, one of its own kind.

The Kedarkantha winter trek is a short 5 days trek, full of adventure and fun. Trekking is hard and is not everybody’s cup of tea. While Kedarkantha Trek would be easy in comparison to many other treks in the Himalayan region. It is advisable for the people who are deeply interested in trekking in the Himalayan region. However it is suitable for both the beginners in the field of trekking as well as the experienced trekkers. The experience of the Kedarkantha trek would be somewhat unique from many other treks that one might have experienced.

One of the few treks in the Indian Himalayan region where one can trek for most part of the year.  Kedarkantha trek is open for trekking for 10 months of the year except July and August as the rainy months are at its peak during this time in Uttarakhand.

Bright sun in the morning makes the weather sunny. In the evenings, the weather is not harsh and cold as the other months. In the month of June Kedarkantha receives occasional rainfall.  Lush green vegetation can be found in June.

In May and June, crowds are less. However, it is a great time to trek if one is looking to enjoy the trek in isolation. It’s that great time for the beautiful summit climb.

A fresh start after the monsoons, the trek season is back from September.  The meadows and the forests are lively and fresh during the months of September and October as well. Fresh and the amazing  views of the upper Himalayas are spectacular. As November approaches, the weather gets colder but things remain all the more the same.

Kedarkantha is a winter trek just perfect for beginners. How it brings about beauty and adventure together in the right proportion is what makes it all the more perfect.  One can get to trek through dense forests that are snow-covered .  The summit climb will get one go in an adrenaline rush with the thick blanket of snow all the way till the summit.  These make the trek experience in winter memorable and unique.

Spring is all about contrasting features with the melting snow on the higher altitudes and the colorful flowers, the carpeted meadows and forests in the lower altitudes.  The sun will be shining bright, the days start to get longer and the nights, much less colder. It’s an ideal time if one is looking to experience a good mix of foliage and snow.

Beautiful Campsites- The campsites in this trek are the best ones in the Himalayas in India. Khujey, a meadow enveloped within lush-green forests.  A picturesque campsite, Bhoja Dadi, is situated at a closer distance from the Kedarkantha trek

The Kotgaon- Kedarnath Route- Kotgaon is a village which is known for its fairy tale beauty.  The Devkyara and Har Ki Dun valleys make up the backdrop. One needs to ensure that they don’t take this route during the snowfall, as it is often found blocked during this time.

Read More: How far in advance should I book an international flight for the best price?

4 Honeymoon Places in Uttarakhand For An Idyllic Escape In 2022 Right After The Marriage!

Best way to Car Rental in Sharjah at an affordable price

How to get admission approval to study for a Master’s in Canada?