Android 13 Is Out: What’s New and When You’ll Get It 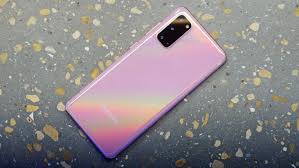 Android is one of the powerful operating systems that has been improved and upgraded yearly with enhanced features.

At the Google I/O event, Google released the Android 12 OS details. With an entirely new Material You design, the new Android 12 OS offers significant security and privacy upgrades over Android 11. High-end smartphones from companies like Xiaomi and Realme, as well as Pixel devices, have already begun installing the Android 12 Stable upgrade. Google has now introduced Android 13 in full.

Android 13 is out, and it’s here to make your life better. This update has a bunch of new features that will change the way you use your phone.

This blog post will provide details on the new Android 13, what improvements were made, and when you will get it. So let’s get started.

The Android operating system’s thirteenth major update is known as Android 13. It is Android 12’s replacement. The codename for Android 13 is Tiramisu. Versions of Android are given codenames based on the names of various candies. Following suit, the Android 13 is a coffee-flavored dessert with the codename Tiramisu.

Also Read: What is the Maximum Amount of Loan for Chartered Accountants?

Android 13 is a new Android OS that is specifically designed for the needs of the enterprise. It has been in development for years and is finally released to the public on the 15th of August, 2022.

Android 13’s primary focus is security and privacy, which are two major concerns for enterprises. The OS has been designed from the ground up to make sure that all data stored on a device remains secure and private. It also provides granular control over which apps can access data, making it easier for IT managers to manage devices on their networks.

Here we will discuss what improvements and features Android 13 have brought for us.

With the intro of Material You, Android 12 underwent one of the most major UI updates in recent memory. More individualized customization options are made possible by the redesigned interface, including more logical animations and controls for color palettes based on the wallpaper. Although Google didn’t make as many drastic changes with Android 13, there are still some new functionality and design improvements.

Also Read: Why Line of Credit Facility is a Smart Choice for Business?

You can automatically theme your icons in Android 2022 in the same way you can customize the rest of the operating system in Android 12.

Sadly, there are two warnings in this passage. The first is that, at least temporarily, this is only accessible on Pixel devices. The second is that only apps in which the developer has provided a monochromatic icon for Material You to utilize will be compatible.

The OS upgrade adds six new palettes based on particular shades or complementary colors, expanding the range of color-theming options.

Also Read: What You Must Know Before Signing on as a Loan Guarantor!

Android 13 allows users to change between two clock designs on the lock screen. Users can choose the existing double-line layout or a single-line layout. Go to Settings > Display > Lock Screen to conveniently access this setting.

Your notification area’s media player now has a fresh look. The controls have been slightly rearranged, and the widget’s background is now entirely covered by album art.

One-handed mode, improved auto-rotate settings, baked-in scrolling screenshot support, and an AppSearch function are just a few of the new conveniences that came with Android 12. Here is everything Android 13 has to offer.

On Android, scanning QR codes have always been excessively awkward, but this is no longer the case. Now, you can quickly toggle on your notification tray to start a basic QR scanner. Even if the function is straightforward, you won’t need a separate app for it any longer.

The audio output selector has been updated in Android 13. However, it will make transitioning to a new output system much simpler. It is primarily an aesthetic change to better complement the Material You scheme.

It must request permission when an app needs to access media files saved to a device’s local storage in Android versions 12 and earlier. The app has access to all types of media rather than only the specific media required, thanks to the permission READ EXTERNAL STORAGE. However, Android 13 won’t function in this manner. Permission is required for each sort of stored material, including:

Similar to the prompt you receive on many browsers, this feature compels the app developer to request permission before sending notifications.

You don’t need to manually navigate the settings app to rapidly pair a device with your phone due to Fast Pair. When Android detects that something wants to link with the device, you are informed about it.

The OS also enhances Android 12’s privacy features, giving users the choice to grant apps access to only a subset of their photos rather than all of them, an auto-clear feature that automatically removes content from the clipboard after a predetermined amount of time, and a 7-day privacy dashboard view rather than just a 24-hour one.

When You’ll Get Android 13?

Android 13 can be upgraded on most Android devices that support Android 12. Android 13 will be released for devices from used Samsung Galaxy s20, Asus, HMD (Nokia phones), iQOO, Motorola, OnePlus, Oppo, Realme, Sharp, Sony, Tecno, Vivo, Xiaomi, and more, in addition to Google Pixel (3 and up).

We have just mentioned a few improvements and new features in this blog post. Moreover, if you have an Android phone that can be upgradable to Android 13, then take advantage of it and install the new version to enjoy enhanced features. PhoneDaddy is providing used phone in USA avail amazing discount now

Meta claims to have uncovered US military-linked online propaganda

how to repair cracks in concrete foundation walls

The Best Steering Wheel Reviews For A New Driver