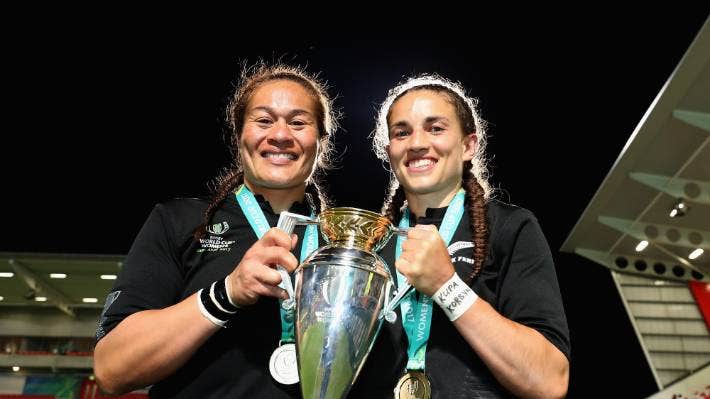 Michelle Hooper doesn’t want to just break the world record for derrières on seats at a women’s rugby game when the Rugby World Cup kicks off at Eden Park next October.

She wants to double it, and then some.

The current world record belongs to the rugby-passionate French – a sell-out crowd of 20,000 who poured into Stade Jean-Bouin in Paris to watch England convincingly beat Canada in the 2014 Rugby World Cup final (the only Cup final, mind you, the Black Ferns haven’t played in).

The 2017 World Cup final between the Ferns and the Red Roses was the next highest crowd puller – 17,155 fans at Kingspan Stadium in Belfast.

Hooper, the tournament director of the one year-delayed Rugby World Cup 2021, wants to see a sell-out for the opening day – a triple-header at Eden Park on October 8.

But it’s not all about bragging rights over other rugby nations Wallabies vs All Blacks . The intents are far deeper than that.

“Achieving that number is one thing, but it’s actually what it looks like to the world – the sentiment and the emotion behind it,” says Hooper.

“It’s about the legacy that full stadia create for women’s sport that’s beyond a number. These are the very best female rugby players on the world stage playing at Eden Park on day one, and these sports stars represent resilience in every sense of the word. Our actions could create a legacy for women’s sport globally.”

It’s an impressive line-up first-up – South Africa versus France, World Cup debutants Fiji meeting the might of England, followed by reigning champions New Zealand against Australia. It’s highly likely the two finalist – who’ll be back on Eden Park on November 12 – will come from these half-dozen teams.

(The other six nations in the tournament play the following day at the Northland Events Centre in Whāngarei).

Hooper’s Rugby World Cup team have targeted the opening day for a reason.

“The buzz for the 2011 Rugby World Cup here in New Zealand started from day one, and then rolled across the whole tournament,” Hooper says. “We thought ‘What could we do that would fuel that hype?’”

Previous ArticleAmateur hour at Rugby Australia as star trio fly the coop
Next Article Planning to Start Your Dating Journey? Here’s What You Need to Know