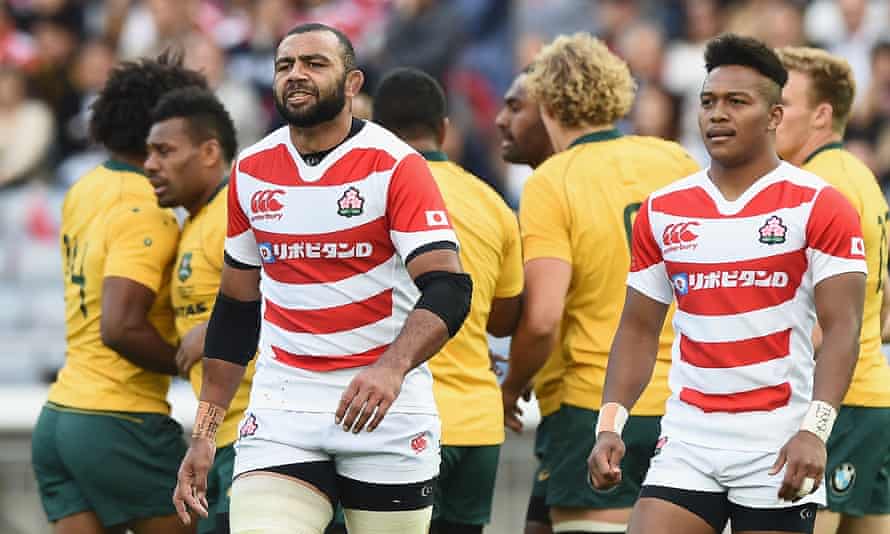 It has been four long years since the Wallabies last played Japan. Remarkably, the Wallabies’ 63-30 win in Yokohama in 2017 was the only time the Australian side has played the Brave Blossoms in a Test on Japanese soil.

Even though Japan have played Test rugby since 1932, the Wallabies have only played them on five occasions, which is surprising given the geographic proximity between the two countries.

The Wallabies won two Tests in Australia in 1975 and beat the Brave Blossoms twice in World Cup pool games in 1987 and 2007. But curiously, far-flung nations such as Wales (nine), Italy (eight), Ireland (seven), Scotland (seven) and Argentina (six) have played more games against Japan than Australia.

Quade Cooper’s recent return to the Wallabies has been a huge success but he may have to stay in Japan and miss the remainder of the Spring tour.

The Wallabies’ lack of engagement with Japan is perhaps explained by the fact Australia is a leading power in world rugby, while Japan is regarded as a minnow, excluded from major international competitions such as the Six Nations and the Rugby Championship.

But if Australia, and the rest of the southern hemisphere rugby nations are to prosper in the long-term, Japan need to be brought into the Rugby Championship. Ever since their stunning 34-32 upset win against South Africa at the 2015 World Cup there has been talk of Japan joining the competition along with the Wallabies, All Blacks, Springboks and Argentina.

The commercial future for southern hemisphere rugby looks rather bleak, at least compared to the riches of Europe, but there is a potentially bright future for Asia-Pacific rugby.

The southern hemisphere nations are acutely aware of the economic potential of Japan – a sophisticated country of 125 million people – which was partly why Sanzaar brought the Sunwolves into Super Rugby in 2016. Unfortunately, they only lasted five years. The Sunwolves were expected to field a virtual Japanese Test team, but the Super Rugby franchise was not supported by the rich Top League sides. Failing to attract all of Japan’s best players, the Sunwolves were uncompetitive and got the axe.

But the fate of the Sunwolves should not deter Sanzaar from inviting Japan into the Rugby Championship. Unlike the Sunwolves, the national side would be able to field their strongest team because of World Rugby’s regulation 9.3, which ensures club players are available for Test duty during international windows.

The Springboks got revenge with a 26-3 win at the 2019 World Cup in Japan, but it was the Brave Blossoms’ first appearance in the quarter-finals, while the commercial success of the tournament indicated the popularity of the game in the East Asian superpower.