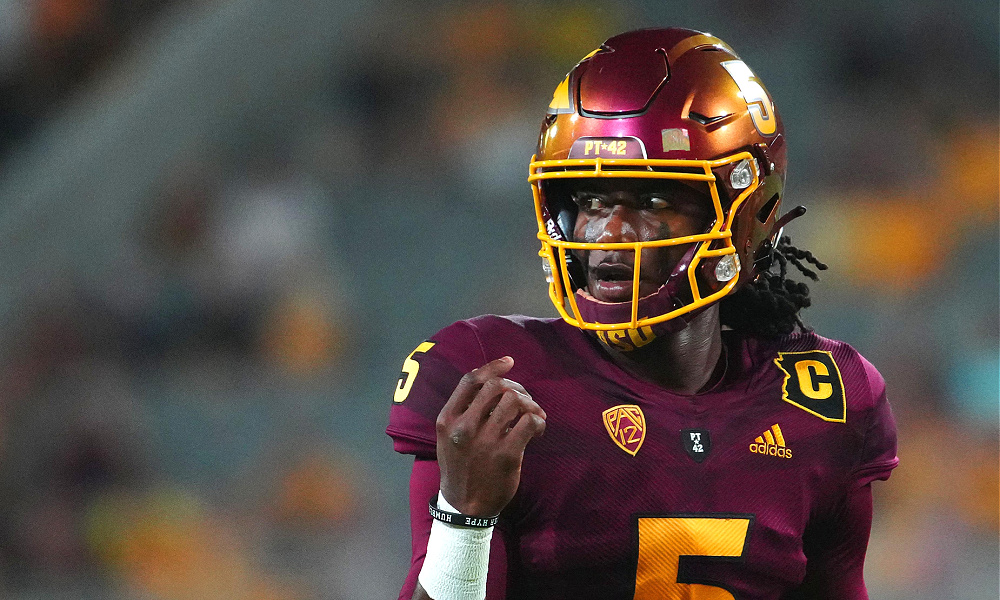 Utah vs Arizona State How To Watch

Why Utah Will Win

Anything interesting happening at Arizona State?

Yeah, the storyline is the firing of head coach Herm Edwards, but if the team doesn’t get trucked by Eastern Michigan the change isn’t made.

The Sun Devils have been a disaster on third downs with the lack of a consistent passing game a big issue. The pass rush isn’t helping the cause, there aren’t enough big stops from the D, and here comes the brutish Utah offense that’s not going to do anything too crazy.

The Ute passing game is more than fine, but it’ll be the pounding running game that should take over. How did Eastern Michigan win last week? It powered away for over 300 rushing yards and two scores.

Firing Edwards isn’t going to change the run D right away. However …

Why Arizona State Will Win

Can interim head coach Shaun Aguano make any sort of difference right away?

The Sun Devils have playmakers. Emory Jones is a solid all-around quarterback, Xazavian Valladay is a good back, and the defensive front has the ability and talent to be much, much better than it showed against Eastern Michigan.

For all of the issues over the first three games, the offensive line hasn’t been awful, the secondary is okay, and …

Utah isn’t going to get cute. Cameron Rising and the passing game might be playing well, but the offense is going to power away behind its terrific offensive line, it’ll control the clock, and it’ll grind its way to the win.

Arizona State will come out with a good effort, and it’ll give it a good push, but it won’t be able to hold up against the Ute lines.