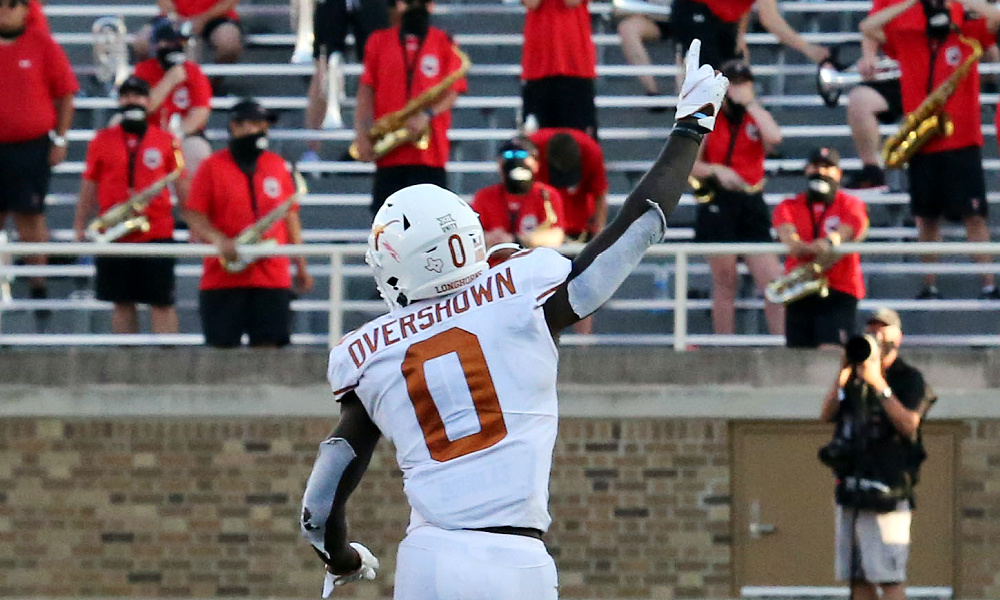 Texas vs Texas Tech How To Watch

Why Texas Will Win

That was a dangerous landmine Texas just sidestepped.

UTSA is a solid team, the Longhorns were banged up and coming off the heartbreaking loss to Alabama, and everything appeared set up for a massive letdown. Instead, this team showed it might really be different.

Hudson Card was fine with Quinn Ewers out, Bijan Robinson went off – 183 yards and three touchdowns on a hurt ankle – and everything went fine in the 41-20 win. And why?

The running game rolled for almost 300 yards, but the biggest difference this year is a Texas D that’s actually tackling people. The overall stats might not be great, but it’s only allowing 17 points per game, the pass defense has been good enough, and yeah, the offense has been good through the injuries.

Texas Tech’s offense hasn’t kicked in yet. The line hasn’t been great, the seven turnovers in the last two games are too many, and …

Why Texas Tech Will Win

There’s going to be a learning curve, but eventually the O will work.

It hasn’t been the Western Kentucky high-octane attack of 2021 – that’s what it’s supposed to be under offensive coordinator Zach Kittley – but the passing game has been okay, there’s just enough of a running game to do something, and things should be far better once the turnovers slow down.

The biggest difference, though, is the defense. It shut down the Houston running game and kept NC State to just 270 yards in last week’s 27-14 loss – the four turnovers by the O did the team in.

The run D is the second best in the Big Ten, the passing attack leads the conference – even if, again, it’s not going ballistic – and Texas is going to have to work in more of a grind than it might like.

Texas Tech has enough of a pass rush to be a bother, and the run defense so far has been terrific. That might be enough to keep this close. It also helps that the Texas D doesn’t take the ball away in bunches.

Quinn Ewers is at least expected to dress for the game, but Texas will win on another solid day from Robinson and a great performance from a pass defense that will hold up throughout.

It’ll be a fight, though.