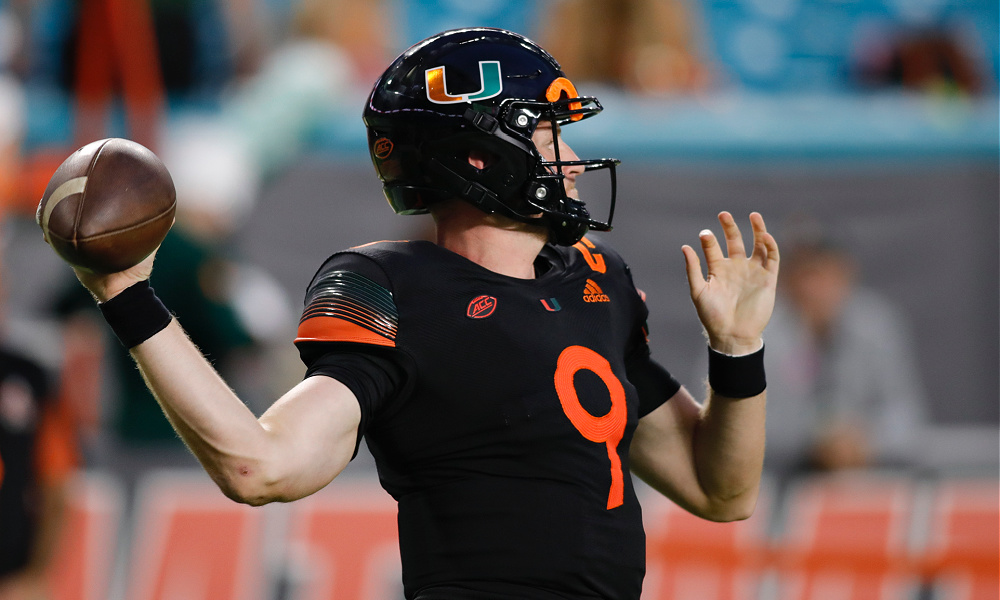 Miami vs North Carolina How To Watch

Why North Carolina Will Win

The offense continues to be amazing.

The Tar Heels lead the ACC averaging 507 yards per game with a high-powered offense, Drake Maye is one of the nation’s best young quarterbacks, and it should work against a Miami defense that failed miserably the last time out.

The Hurricane pass defense gave up a slew of passing yards early in the season, and Middle Tennessee took things up a few notches with a 408-yard passing performance in a 45-31 Blue Raider win.

That’s fine – defenses struggle from time to time – but the offense didn’t do its part to keep up pace. As good as Tyler Van Dyke is, the downfield passing game isn’t there, Texas A&M and Middle Tennessee allowed the Canes to complete just 51% of their passes, and …

Why Miami Will Win

Only two teams in the ACC are allowing more than 400 yards per game. Georgia Tech is giving up 412 yards per outing, and then there’s North Carolina.

It’s able to get away with it because the offense is to strong, but it’s not like the D was getting ripped apart by Georgia and USC.

Notre Dame’s offense did a whole lot of nothing before going off on the Tar Heels. Appalachian State rolled for 649 yards – and haven’t come within 200 yards of that against another FBS team since – and Georgia State had a whole lot of fun.

Virginia Tech’s miserable offense came up with 273 yards, and that still didn’t help move the needle on UNC’s defensive stats.

Miami has had two weeks to sit and stew on the loss to Middle Tennessee. The offense should be ready to go.

Miami will start with the basics. It’ll get the offensive line going, grind it out a bit, and then let Van Dyke and the passing attack start to work.

It’s not a plus to get into a shootout with the Tar Heels – they’re better equipped for a high-scoring fun fest – and every third down stop will mean the world. The UNC offense is amazing, but it doesn’t do a thing to control the clock. On the flip side, Miami is happy to keep it slow and steady.

The points will be there for both sides, but Miami – who’ll have the ball for almost 40 minutes – will get it done with one big late defensive stop to go along with the balanced offensive attack.