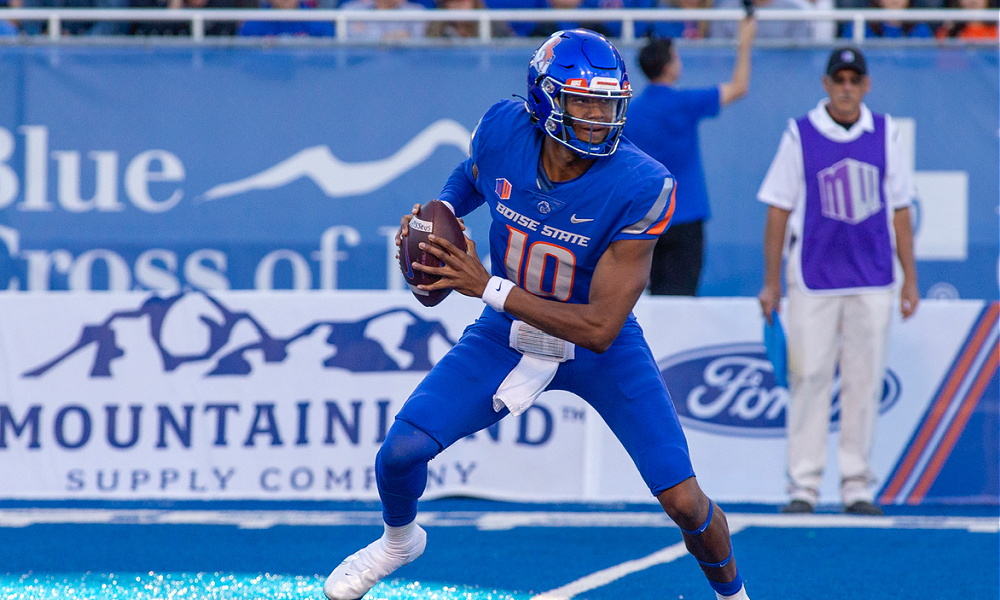 Boise State vs Fresno State How To Watch

Why Fresno State Will Win

What the heck was that?

QB Jake Haener might have been out – and he won’t play against Boise State – to lose at UConn 19-14 was a brutal clunker in a 1-3 start.

On the plus side, the defense was strong, the running game is far, far better than it showed against the Huskies, and turnovers were the big issue – they’re not going to give it away three times this week.

Boise State might have exploded in the second half of the win over San Diego State, but the offense is hardly smooth, and now it gets a Fresno State defense that’s going to step up its game against the ground attack.

Boise State isn’t any sort of a threat through the air, but …

Why Boise State Will Win

Fresno State played well against Oregon State, and wasn’t bad for a while against USC, but it still hasn’t beaten an FBS team and the team is getting worse instead of better – not having Haener is a problem.

On the other side, Boise State lost Hank Bachmeier to the transfer portal, but new offensive coordinator Dirk Koetter got Taylen Green and the running game going last week with 316 yards and five touchdowns – most in the second half – against Boise State. It should all work just enough to keep things moving against the Bulldogs.

This should’ve been a preview of the Mountain West Championship, but it might be simply a game for survival.

Fresno State will play far better than it did against UConn, but it still won’t be enough. The offense will get a few more plays down the field and the running game won’t be nearly as bad, but it’s going to be another struggle.

Boise State is hardly playing great, and those final 30 minutes against the Aztecs might be an aberration, but there’s a positive momentum here after the changes. Green and RB George Holani will combine for over 150 rushing yards.