The former secretary of state Colin Powell died for covid

By julia9davisOctober 25, 2021No Comments3 Mins Read 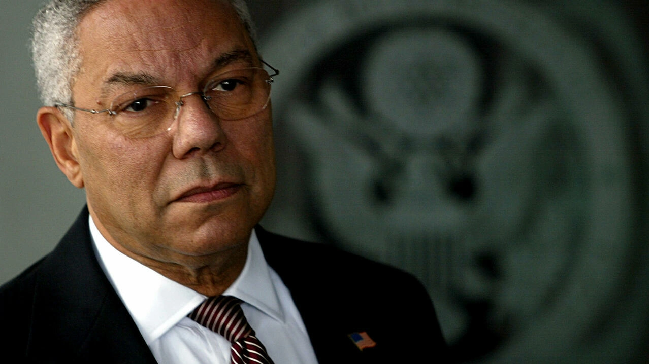 Last week, the former secretary of state Colin Powell died from complications from Covid. He had been vaccinated but was immunocompromised, as he was being treated for cancer. In the battle over vaccines and mandates, his death became a political pawn.

The Fox News host Neil Cavuto has “begged” viewers to toss out political talking points about Covid-19 vaccinations and get the shot.

“Life is too short to be an ass. Life is way too short to be ignorant of the promise of something that is helping people worldwide. Stop the deaths, stop the suffering, please get vaccinated, please.”

He also said he expected to be attacked for his appeal.

Fox News requires staff to be vaccinated or to take daily tests. Some hosts have advocated vaccinations and other Covid precautions.

But others, including the primetime star Tucker Carlson, have pushed vaccine misinformation as part of attacks on public health mandates from government agencies and businesses and the Biden administration’s attempts to contain the pandemic.

Some Fox News hosts broadcast from remote studios, thereby bypassing vaccine and testing requirements as they inveigh against vaccine mandates.

Cavuto is immunocompromised, with multiple sclerosis and after open heart surgery.

“I feel very strongly,” he said, in his first interview since testing positive himself. “I know we live in this hyper-politicised age. When people get vaccinated, I know you know a lot of people say that’s a private decision. I get that, I appreciate that, but I’d like to urge people of all sorts, please get vaccinated.”

“Half the cases that we’re hearing on the breakthrough front are among the immunocompromised people like me,” Cavuto said, “who’ve had multiple sclerosis or probably a heart situation or cancer.

“There are plenty of people working around you now, in all types of business environments, who are susceptible this sort of thing. You can help them out a lot, whatever your views on mandates, and I get that no one likes to be ordered to do things, but in the end if you can get vaccinated and think of someone else and think of what that could mean to them and their survivability from something like this, we will all be better off.”

“I hear from a lot of people in ongoing nasty emails, ‘You’re a Never Trumper’, or you’re this or ‘We don’t trust you, we don’t believe a word you’re saying.’ And that’s just coming from my family.

People for high school sports live By the mid-1990s, the charitable view in Washington was that Powell’s guidance was well-intentioned, but impractical and outmoded

“I cannot stress this enough: it’s not about left or right. This is not about who’s conservative or liberal. Last time I checked, everyone regardless of their political persuasion is coming down with this. Cases are stabilising, but … we’ve lost 5 million globally to this. We’ve lost nearly 800,000 in the US.

“Take the political speaking points and toss them for now, I’m begging you. Toss them and think of what’s good not only for yourself but for those around you.

“I dare say people who experienced this and see loved ones who have been affected by this or have died from this are not judging the wisdom of mandates. They’re wishing they got vaccinated, and they didn’t.”