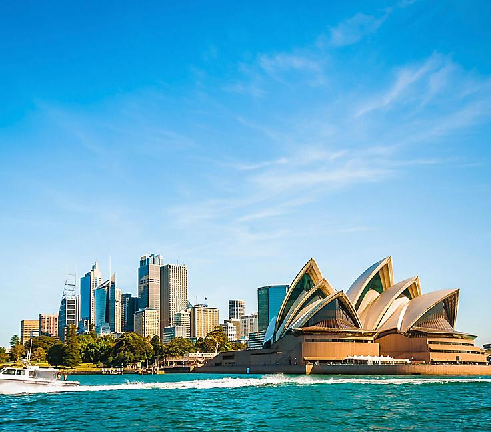 The step is the latest taken by lower levels of government in the absence of stronger action by the federal government, and comes ahead of a cities and regions day at the Cop26 climate conference in Glasgow.

The announcement follows widespread criticism of the Morrison government for releasing a net zero plan that contained no new policies to rapidly cut greenhouse gas emissions, as scientists say is necessary. It instead relies on unspecified technology breakthroughs, global trends, and carbon offsets for more than a third of the abatement task.

The states and territories involved hope other sub-national governments around the world will join the group, which will share policies and resources and work together to speed up the transition.

“Taking action on climate change is an economic and environmental imperative, and this is about ensuring states and territories are working together to address it,” said the NSW treasurer and energy minister, Matt Kean.

“Greenhouse gas emissions do not recognise borders, and to tackle climate change we need a globally collaborative approach and that is what this forum is about.”

The ACT’s chief minister and minister for climate action, Andrew Barr, said the forum members were calling on their colleagues in other state and regional governments to take decisive action to address the climate crisis.

“Sub-national governments have a vital role to play in getting to net zero emissions because we have some of the most important levers such as transport, buildings and energy,” he said.

South Australia’s minister for environment and water, David Speirs, said they were encouraging other sub-national governments to join “and help create the low carbon jobs and industries of the future while making sure we leave a better planet to our children and grandchildren”.

The forum is an initiative of the Under2 Coalition, which aims to bring together sub-national governments that aims to cut greenhouse gas emissions. It will be directed by a ministerial group, which NSW will chair for the first 12 months.

The announcement comes as the energy and emissions reduction minister Angus Taylor wrapped up his time at the Glasgow conference. Australia’s ambassador for the environment, Jamie Isbister, is now leading the delegation in the second week of the fortnight-long summit.

On Sunday, the opposition’s climate spokesperson, Chris Bowen, was asked if a federal Labor government would collaborate with the states and territories to speed up the transition to net zero.

The federal Labor party has been cautious about its climate policy ahead of the Glasgow summit, including the level of emission reduction that it would commit to for 2030 if it won the federal election due in the next six months.

But Bowen said targets adopted by the states and territories would be a factor as the federal Labor party developed its position.

“Of course we’ll consider and factor in not only the targets of state governments, and all of them across the board have varying degrees of targets, but also the policies they have to achieve those,” he told the ABC’s Insiders program.

“I would assume under the government’s modelling it’s factored in as well, in their 30% to 35% projection (of a cut by 2030 below 2005 levels), but we don’t know because we haven’t seen the modelling.”

Bowen also hinted the opposition was looking at changes to the existing safeguards mechanism, which the Coalition legislated as a tool to stop industrial emissions going up.

The Morrison government still has the same 2030 emissions target – a 26-28% cut – set under Tony Abbott six years ago. Scientists say global emissions need to be cut roughly in half by then to keep alive the possibility of limiting global heating to 1.5C.