Vodacom Bulls lineout icon Victor Matfield loses out to Sharks slugger Mark Andrews in the all-time Super Rugby XV chosen by ZELIM NEL. It’s almost impossible to compare with any credible accuracy the careers of standout Super Rugby players across more than a quarter of a century that saddled the shift from the amateur to professional era and numerous law tweaks and amendments. How do you choose between a starburst talent and another whose impact lasted more than a decade, or gauge the legacy of a multiple champion against a rival whose team never hoisted the trophy? The answer: with a lot of subjectivity! Where Mark Keohane didn’t hesitate to crown Pierre Spies as the best No 8 in the history of Super Rugby, the Bulls greyhound didn’t even make my shortlist. 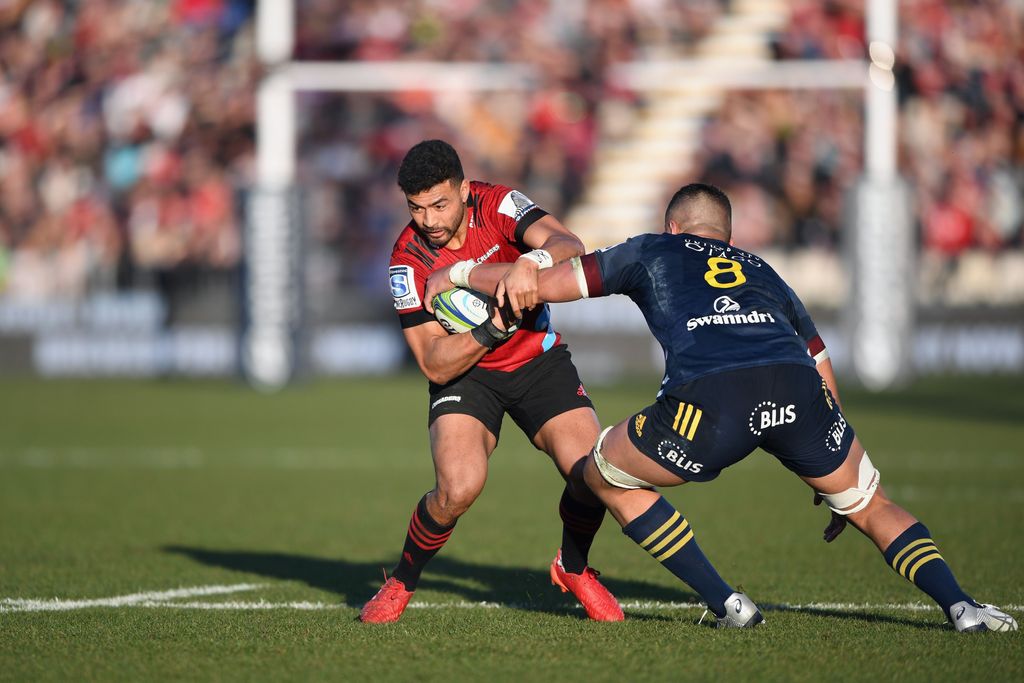 For all its shortcomings, and there were plenty in the latter years, Super Rugby showcased almost all of the southern-hemisphere talent that went on to win four Rugby World Cups between 1999 and 2015. The Pack 1 Wyatt Crockett 2 Bismarck du Plessis 3 Ben Alexander 4 Bakkies Botha 5 Mark Andrews 6 Richie McCaw 7 Owen Finegan 8 Duane Vermeulen If you were picking on pure scrumming ability, neither Crockett nor Alexander would be on this list. Greg Somerville was a master technician, and Tony Woodcock, Beast Mtawarira and Jannie du Plessis are more respected scrumhogs. However, Crockett’s 202 appearances is the most in competition history, while the Brumbies’ most capped player Alexander scored 21 tries in 154 appearances, somehow surviving that long in a tight five that could seldom match the heavyweights for pure shoving power. Bismarck du Plessis is the marquee option at hooker, dominating all comers by some margin. Victor Matfield was the

comp’s unofficial lineout professor, but there was none better in the No 5 jumper than Mark Andrews, an all-rounder who combined freakish athleticism with staying power and grit. Where Matfield’s contribution was, tactically, highly impactful, Andrews complemented his lineout production by slugging it out in the trenches back when referees weren’t pretending every collision was life-threatening. Andrews is partnered by second-row sledgehammer Bakkies Botha. Dubbed ‘The Butcher’ at Toulon’s Stade Mayol, Botha is the most decorated player in rugby history. Another debatable point is that Super Rugby will be remembered for the advent of specialist fetchers, and Richie McCaw (four titles from eight finals in 145 appearances for the Crusaders) tops an illustrious list that includes George Smith, Schalk Burger, David Pocock, Heinrich Brussow and Josh Kronfeld,

to name a few. There’s also a long queue of brutes eager to pack down on the blindside. It was an easy choice for me: Owen Finegan. The backbone of the Brumbies pack that won the ball for George Gregan and Stephen Larkham, Finegan scored 31 tries in 90 appearances. Kieran Read won four tiles, Isitolo Maka was a monster and Sione Lauaki flattened defenders like playdough, but the No 8 jersey has to go to Duane Vermeulen who was the cornerstone in the Great Wall of Newlands – so much so that he took over as the de facto defence coach after Jacques Nienaber left the Stormers. The Backs 9 Fourie du Preez 10 Dan Carter 11 Bryan Habana 12 Tana Umaga 13 Stirling Mortlock 14 Rupeni Caucaunibuca 15 Joe Roff George Gregan and Fourie du Preez were both elite halfbacks but where the Zambian-born scrumfeeder won titles with an all-star cast outside him, Du Preez turned lesser talents into three-time champions. Andrew Mehrtens and Morne Steyn were points-machines. Stephen Larkham was a genius tactician. Dan Carter was the perfect balance. For my money, Umaga is as near

as dammit to the ultimate back. He was big, quick, agile and skilful, tactically aware and bold. I wouldn’t dig in my pockets if Stirlo was five cents short for a packet of smokes, but there’s no denying his qualities on the pitch. Mortlock played a Force vs Brumbies  direct game complemented by some sweet goal-kicking – only three players have scored more points in Super Rugby history. SA’s greatest finisher, Bryan Habana, owns the left-wing position without needing an explanation. The same can’t be said of the bloke on the other end of the line … Rupeni Caucaunibuca only made 13 appearances

in Super Rugby but he scored 15 tries. Yes, Doug Howlett and Caleb Ralph own the try-scoring records but, if there was only time for one more play to score the game-winning try, I’d want the ball to go to Rupeni in his prime. That leaves the fullback position which reads like a Who’s Who of the comp’s most famous names – Israel Folau, Chris Latham, Christian Cullen, Ben Smith, Percy Montgomery, Andrew Walker, Andre Joubert, Matt Burke and Mils Muliaina. I’ve gone with who I think is Super Rugby’s best all-rounder, Joe Roff. The thinking man’s fullback, Roff was just as comfortable clicking on his seatbelt for high-speed collisions when the situation called for it.

Share. Facebook Twitter Pinterest LinkedIn Tumblr WhatsApp Email
Previous ArticleMike Blair’s side started the rout after five minutes when Magnus Bradbury turned over
Next Article SEO and PPC: How Can They Help Your Business?

Being Healthy Should Not Be A Chore