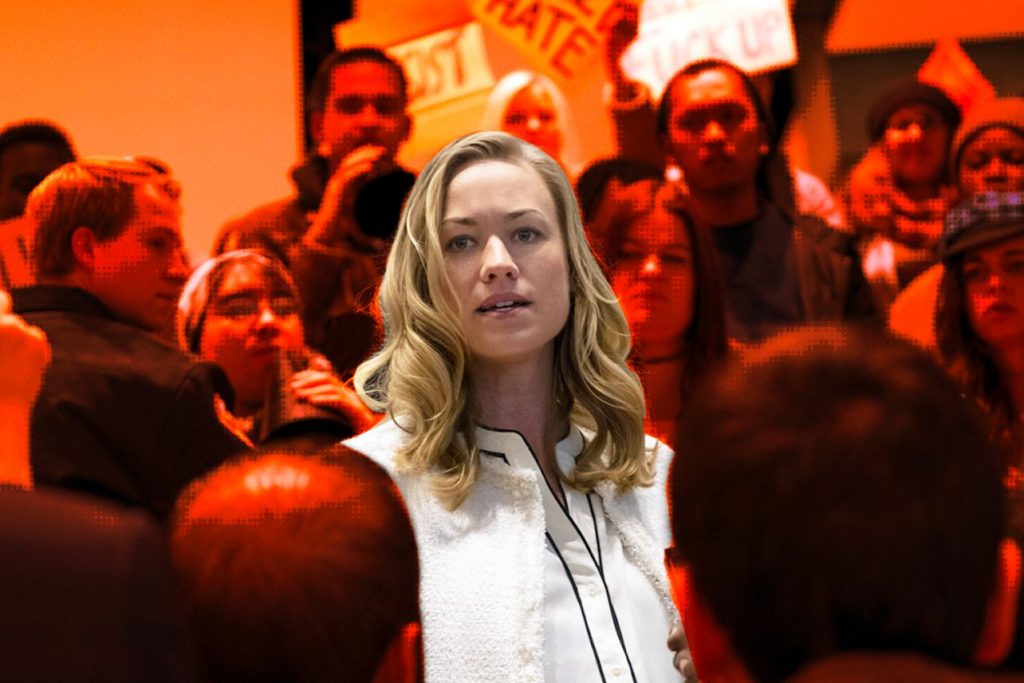 Yvonne Strahovski on ‘The Tomorrow War’: ‘A big fan of alien movies’ . Speaking from Los Angeles, the Australian actor says, “I like the suspenseful ride that an alien movie can take you on. I am pretty tickled to be part of one.” Strahovski, who we have seen as the poised and distant Serena Joy in The Handmaid’s Tale, is part of Chris McKay’s big, fat action movie, The Tomorrow War.

Strahovski plays Colonel Muri battling aliens in the future. “I particularly love the character — not only is she an incredibly capable woman, she is also smart and has been tasked to solve the world’s biggest problem. Muri is someone who was able to put aside her personal issues to focus on the task at hand, which is to stop the aliens from eradicating humanity. I like the pressure behind that as well as the emotional backbone of the character.”

Behind the scenes at the end of the world with @prattprattpratt and @Y_Strahovski. 🔥 #TheTomorrowWar pic.twitter.com/vEcFcQJfRd

The 38-year old actor read the script, which she describes as a page turner. “I met Chris Pratt and Chris McKay on Zoom before it became so popular (laughs). I was in Australia shooting. It was a great meeting and the rest is history; here we are today.”

When choosing a role, Strahovski says she looks for an interesting story. “Preferably one that has something to say about the world today and themes that are socially relevant.”

Preparation for the role involved military training. Strahovski says. “We were taught how to handle weapons. All the cast was grouped together, it was a great experience.”

These Are 8 Easy Methods to Apply Eyeshadow As Professionals Do