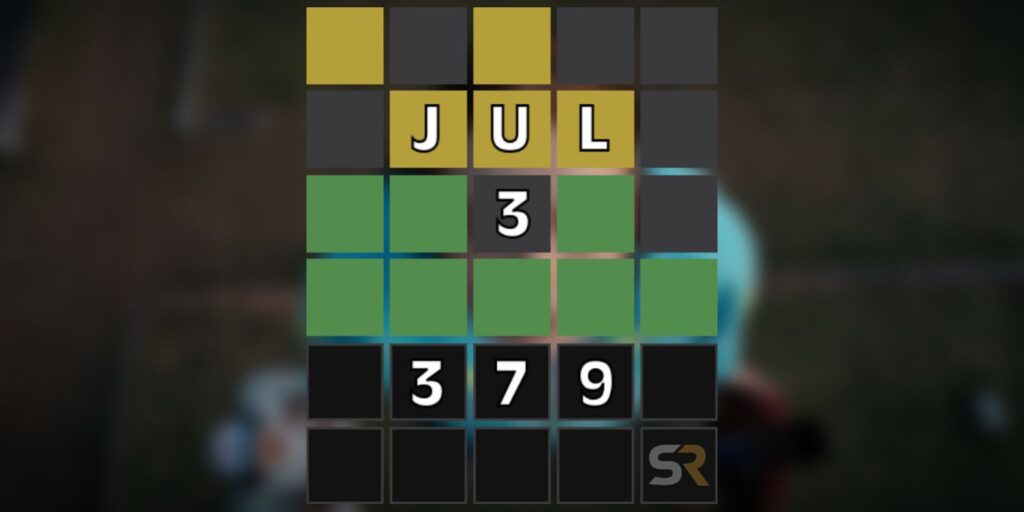 July has not been an easy month for the game of Wordle and today’s answer could easily ruin a player’s long-standing streak if they are not careful. Unlike the more difficult words that have multiple possible Wordle answers based on a suffix like ‘ING’ or ‘ER’, today’s answer has its own little trick for the day. As long as players understand what to expect, today’s game could be incredibly easy and get solved in just a few guesses. That is what makes the game so enjoyable though, what may seem impossible to solve one day can be followed up with a quick win-in-two the next, solidifying the love of the Wordle all over again.

For those players who prefer a harder challenge, Wordle does offer a Hard Mode that can be activated through the options menu before starting any game. This mode will lock in the clues that were previously given and refuse to allow players to waste guesses that they know would be wrong just to check a single letter or two. If a letter is proven correct in a past guess the player must use it in each subsequent answer. On the flip side if a letter is proven incorrect it is locked out of being chosen. This will help players use a little more critical thinking when guessing an answer and should lower the number of guesses it takes each day.

For those players who don’t want to be immediately spoiled with today’s Wordle answer, here are a few hints to help out.

Hint 1: There is a single repeated letter in today’s answer.Hint 2: This Wordle word can be used to describe a purple-ish color.Hint 3: Known for its beautiful blossoms, this answer can be found in many fancy outdoor gardens.

A beautiful shrub or small tree that have fragrant violet, pink, or white blossoms, lilacs are often grown as an ornamental decoration for outdoor spaces. For our starting Wordle word today we used IRATE. This set us up with a good base of the two vowels ‘I’ and ‘A’ in the wrong position and a few other incorrect letters. Moving on to the second guess we tried FAILS which added an incorrectly placed ‘L’ but did not help place either of the previously established vowels. The third word we tried was LIMAN which is like a lagoon at the mouth of a river. This helped solidify the positions of all the previously provided incorrect letters. Finally, after a long stare, we solved it with LILAC and had a solid Wordle win-in-four.

Next: Today’s Wordle Answer: All Words For 2022 (Updated Daily)