Will The Sparrows Return In The Umbrella Academy Season 4? 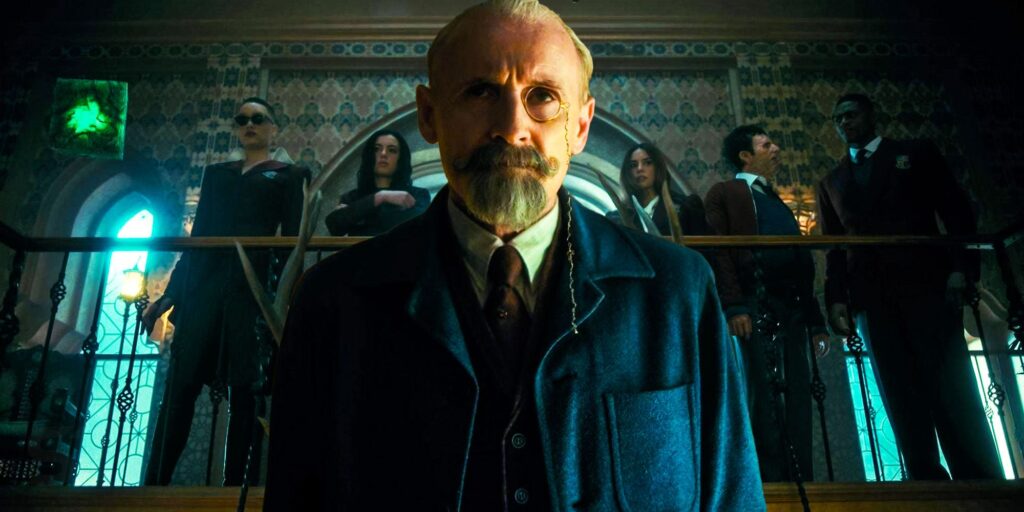 The Umbrella Academy season 3 introduced the Sparrows as a version of the original seven in a parallel universe. Indeed, the Sparrows were also comprised of seven superpowered individuals with an anthropomorphic monkey to guide them through their childhoods. Their appearance has led many to wonder whether the Sparrows will return in The Umbrella Academy season 4, so it’s worth remembering that characters who die in the show have a strong chance of reappearing in another timeline. Reginald and Pogo are both good examples of this.

Related: Why They’re Called The Sparrow Academy Instead Of Umbrella Academy

The ending of season 3 confirmed that Ben will definitely reappear in The Umbrella Academy season 4 as he appeared in the courtyard in the final scene, but the others are unconfirmed. Five of the original seven of the Sparrow Academy perished in season 3, mostly due to the Kugelblitz. While Marcus was taken by the Kugelblitz, Jayme and Alphonso fell victim to Lester Pocket’s burst of sound energy. Later on, Christopher exploded, triggering the Kugelblitz once again, which killed Fei in the process. Hence, the only Sparrows left alive by the end of season 3 were Sloane and Ben.

However, the mystery surrounding Ben’s death in the original timeline may also explain why he was the only Sparrow left standing by the end of The Umbrella Academy season 3. In the comics, Ben died as an adult, rather than a child. The next season may rely on this timeline from the comic creators, suggesting viewers are in for another Ben death. Or, given Klaus’ increasing communication with the Afterlife, the original Ben may be revealed to have a plan for the Sparrow Ben. After all, the Ben spotted on the train in the post-credits scene gave a rather devious smile. This can’t be confirmed until the next round of The Umbrella Academy comics is released, however.

As for Sloane, though she was present when Allison triggered the reset button, did not appear in the courtyard or in a post-credit scene. However, all the Sparrows may well be alive in The Umbrella Academy season 4. Since the ending of season 3 acted as a universal reset, the deaths of the other Sparrows may be reversed since they were born at the same time as other members of The Umbrella Academy. If everything is truly reset, then it’s even possible that Allison doesn’t remember Luther, as in the original timeline, they never met.

Next: What Happened To Ben In The Umbrella Academy? Every Theory Explained

Season 3 of The Umbrella Academy is now streaming on Netflix.