Why Yoda Isn’t In Obi-Wan Kenobi, According to Ewan McGregor 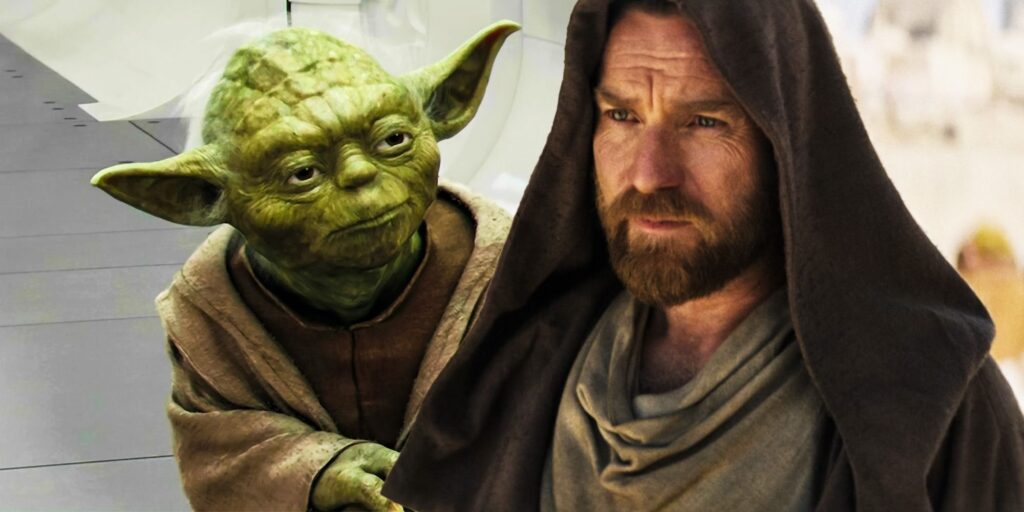 Obi-Wan Kenobi star Ewan McGregor explains why Jedi Master Yoda doesn’t appear on the Disney+ show. The newest Disney+ Star Wars entry brings back the heroic Jedi Kenobi along with some other familiar characters from Star Wars lore. Conspicuous by his absence however has been the greatest of all the Jedi, Master Yoda.

Star Wars prequels fans of course remember that Yoda was one of the few Jedi to survive Palpatine’s infamous Order 66 at the end of Revenge of the Sith. When the events of Obi-Wan Kenobi begin, Yoda like Kenobi and the other few remaining Jedi are all in hiding, being sought across the galaxy by the sinister Inquisitors. But circumstances eventually force some of these renegade Jedi out of hiding, as the Empire becomes an increasingly menacing force in the galaxy.

The arrival of Obi-Wan Kenobi would perhaps seem like the perfect time to also bring the beloved Yoda into the Disney+ fold. Appearing on The Jess Cagle Show, McGregor himself explained the perfectly logical reason why this in fact hasn’t happened (via ComicBook.com). It turns out it’s all to do with Obi-Wan being limited in what powers he’s able to use due to the presence of the Empire. McGregor says Kenobi is focused on protecting Luke Skywalker and continuing his own Jedi studies, but knows he must also keep a low profile with Jedi being hunted down. McGregor explained:

Obi-Wan Kenobi indeed begins with Kenobi hiding on Tatooine, living the most anonymous life imaginable while keeping his eye on young Luke Skywalker. But the Empire’s dastardly designs eventually bring Kenobi out of hiding, as Princess Leia is kidnapped and her sworn protector must risk blowing his cover to save her. Being out-of-practice not only in using the Force but also in wielding his lightsaber of course puts Kenobi at a disadvantage when he inevitably comes face-to-face with his old student Anakin Skywalker aka Darth Vader, leading to some fan-pleasing lightsaber dueling.

Of course it would have been a lot of fun for fans to also see Yoda joining the action on Obi-Wan Kenobi, But it makes sense that the Star Wars powers-that-be would not want to blow their entire wad of Jedi characters all at once. And the Jedi-in-hiding plot of Obi-Wan Kenobi indeed offers up a nice built-in reason why Yoda would not be available as a lifeline for Kenobi during his struggles. Certainly Obi-Wan Kenobi does enough to please prequels fans, giving them more Kenobi and more Vader than they ever could’ve asked for, that they can live without a helping of Yoda on the side.