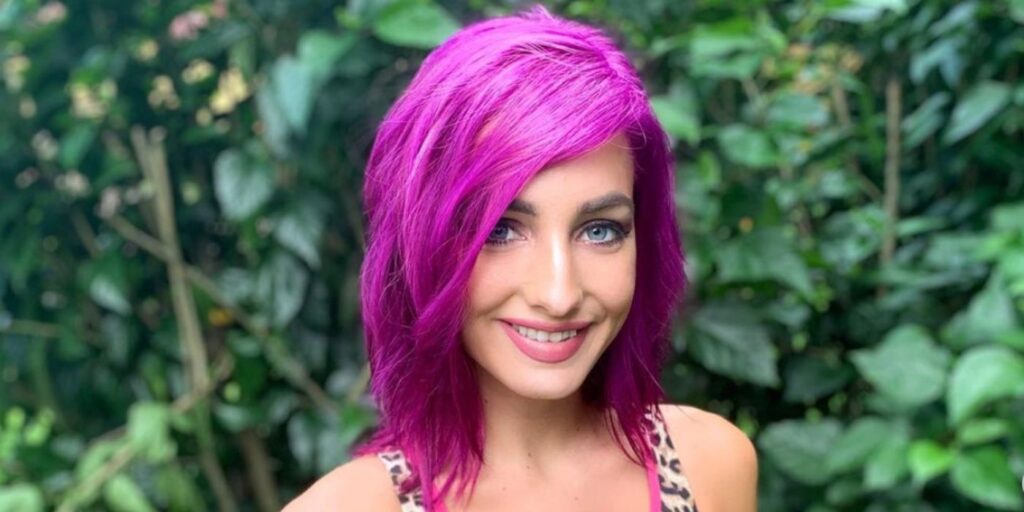 Welcome to Plathville fans have always supported Moriah Plath, but her makeup is now causing followers to turn on her. The singer has made it clear that she will always express herself via fashion, and has no intention of changing for anyone. However, viewers wish that she would tone down her makeup, and let her natural beauty shine through.

When viewers were first introduced to Moriah, she was living under Kim and Barry Plath’s roof, and the parents had strict rules. They wanted all of their children to dress modestly. While Moriah from Welcome to Plathville was respectful, she did not blend in, and soon decided that she should leave the family home. Once she moved out, she began eating Pop-Tarts for breakfast and wearing much heavier makeup, and even dyed her hair purple. Viewers have always thought that Moriah was beautiful inside and out, but now, some people wish she would watch a makeup tutorial or two.

Related: How Welcome To Plathville’s Moriah Is ‘Winning’ Breakup With Max

Viewers have had a lot to digest, thanks to multiple Welcome to Plathville season 4 storylines. Moriah’s breakup with Max has had fans on the edges of their seats. However, many are questioning her makeup choices, and they’re wondering where Moriah learned her skills. Some disgruntled fans have even taken to a Reddit thread by MODern Woman to discuss how much they hate Moriah’s look. One avid viewer wrote, “Moriah looks so different without her fake eyelashes,” while another noted that Moriah has “major identity issues.”

Some fans think that the Welcome to Plathville star is going over the top with cosmetics. Moriah has gone from being a natural blonde with no makeup to a platinum blonde with a painted-on eyebrow look. In the eyes of many fans, the heavier makeup isn’t doing the singer justice. The amount of makeup that Moriah puts on makes some fans think of war paint, and they wonder if she is trying to hide behind a mask. It is evident that Moriah is very upset about her relationship ending, and fans are hoping that she can get herself back on track soon.

The most recent Welcome to Plathville episode showed Moriah breaking down after Max posted a video online, which shared his side of the breakup. According to the second oldest daughter, Max lied and told her that they were just in a funk. Viewers empathize with Moriah’s plight, but they’re happy that she is trying her best to move on. As for her ostentatious look, for now, it looks like Moriah feels comfortable wearing false eyelashes and plenty of makeup. Hopefully, the musical artist will try out a new look very soon.

Next: Welcome To Plathville: Signs That Kim Envies Moriah

How to Hire a Web Developer [Simple Guide 2022]