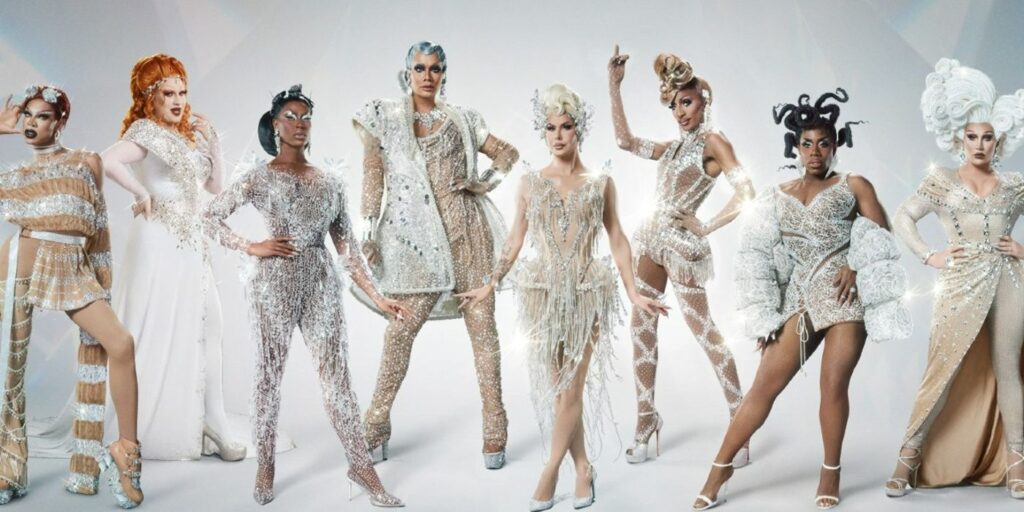 RuPaul’s Drag Race All Stars season 7 features eight previous RuPaul’s Drag Race winners, all of whom want to be named the “Queen of All Queens,” and the fierce competition may create the greatest season in Herstory. While the past six All Stars seasons have featured queens who previously finished in various places, this is the first season comprised exclusively of past winners. Since viewers have been asking for this theme for years, RPDR fans were over the moon when the cast was first announced in April.

The eight winning queens being judged on the main stage are Raja (season 3), Jinkx Monsoon (season 5), Monét X Change and Trinity the Tuck (All Stars 4), Shea Couleé (All Stars 5), Yvie Oddly (season 11), Jaida Essence Hall (season 12), and The Vivienne (RPDR UK season 1). With everyone being so unique and talented, RuPaul, Michelle Visage, and revolving judges Carson Kressley and Ross Mathews have a tough judging job ahead of them. The doubled winning prize of $200,000 (with a $10,000 bonus for each lip-sync win) gives the queens even more of an incentive to do their best.

Besides the 14 completed RPDR seasons in the United States, the franchise has also extended globally, to include drag queens from the United Kingdom, Canada, and Thailand. From memorable quotes to iconic scenes, there are plenty of RPDR seasons that stand out for being far above the rest. RPDR All Stars 7 is quickly becoming the best season of them all, and here’s why:

Besides doubling the usual cash prize, RPDR All Stars season 7 features an entirely new format. Instead of the queens being told to sashay away, the top two each week are awarded a star. The four queens who get the most stars by the end of the competition will compete in the ultimate All Stars lip-sync battle to determine “The Queen of All Queens”. In addition, whoever wins each episode’s top two lip-sync has the power to block someone from receiving a star the next week. While it may seem weird for a competition to feature no eliminations, the move benefits RPDR All Stars season 7. Not only do the new rules take some pressure off of the queens (which allows them to perform better), but fans can’t imagine any previous RPDR winner being sent home anyway.

Because there are no eliminations on RPDR All Stars season 7, the queens are taking every opportunity to push themselves as performers. Whether the challenge is an old fan favorite like the Snatch Game or Reading Is Fundamental, or a new adventure, like the most recent Y2K Girl Group challenge, the eight previous winners are expected to do well by the audience and judges. They also have expectations for themselves. While many contestants on RPDR have been criticized for failing to step out of their comfort zones in the past, the queens this season are more than excited to take risks, in the hope of getting large payouts.

There’s no doubt that drama adds another level of entertainment to any reality television show, but one way that RPDR All Stars season 7 stands out from its predecessors is the major lack of conflict. The eight All Stars queens all get along well, and instead of trying to push each other aside for the ultimate crown, the contestants do their best to lift each other up. This means that they play to everyone’s strengths. While there have been some tiny spats here and there, there is an abundance of harmony and good sportsmanship on RPDR All Stars 7, which brings a fresh energy to the show, and the franchise as a whole.