Why Nightmare on Elm Street’s TV Show Failed, According to Robert Englund 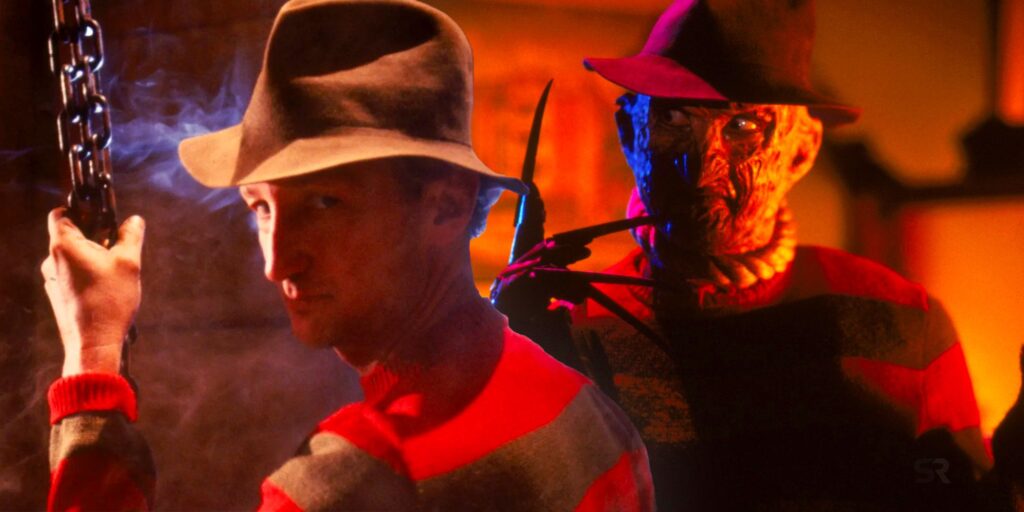 A Nightmare on Elm Street star Robert Englund explains why the short-lived TV spinoff, Freddy’s Nightmares, failed. Because A Nightmare on Elm Street was flourishing in the ’80s, with five movies coming out that decade, New Line Cinema decided to give Freddy his own TV series, much like Paramount had done with Friday the 13th. Freddy’s Nightmares started in 1988 and lasted for two seasons (44 episodes) before it got canceled in 1990.

The first episode of Freddy’s Nightmares was a prequel to Wes Craven’s A Nightmare on Elm Street, directed by Texas Chain Saw Massacre director Tobe Hooper. Robert Englund’s Freddy Krueger would appear in each subsequent episode as a host, similar to the Crpytkeeper in Tales From the Crypt, but the majority of the show followed an anthology format that didn’t connect to the Springwood Slasher. Because the series aired in syndication, a lot of different directors and writers got to see their visions become a reality. New Line Cinema founder Robert Shaye has previously stated that creating Freddy’s Nightmares was simply a way for them to make more money on the brand and admitted that the show’s quality massively dipped after the first five or six episodes. Graphic content such as gore and nudity would often be cut from the series to please the censors, which is likely part of the reason Freddy’s Nightmares didn’t last long.

In an interview with Bloody Disgusting on their The Boo Crew Podcast, Englund opened up about why he believes the series failed after only two seasons. The actor explained that money and the promise of directing were the two main reasons he agreed to appear in Freddy’s Nightmares. Despite originally being excited about the series because of the people involved in Freddy’s Nightmares, Englund revealed that the series’ budget was the main reason for its cancelation. He explains that Freddy’s Nightmares was supposed to air late at night, but because of syndication, the series started airing episodes much earlier, which led to them losing sponsors and thus a lower budget. Englund’s full explanation can be read below:

Freddy’s Nightmares… they convinced me to do it not for the money but I got my [Director’s Guild of America] card. So I directed some of those episodes. We were exhausted. [Director] Renny Harlin had beat us up on Nightmare 4, but a lot of that group was the crew that had [been with us from the beginning]. New Line is very loyal with their crews, and it was a way for that crew – some of that crew, at least – to move over to the TV series. And back to back, that would’ve been a really nice money gig. But I was lured in – there was really talented people involved – and I was lured in because of the promise of directing.

The problem was… we were supposed to be on at 11:30 or 12:00 at night. This late night show, and we could get away with murder. And we could be dark and nasty and funny. And yet, when we were syndicated, in the bible belt for instance, they had us on at 4:30 in the afternoon. Not a good idea. We got in trouble and we lost sponsors… the budget kept going down. I think originally we were supposed to have 10 days and $600,000 an episode… or something like that. Very quickly we were down to a 5-day shoot, and the budget was cut way down. So as it progressed it got to be more and more difficult. But they’re really amazing people. Directors, and talent in front of the camera that came through.

While Freddy’s Nightmares wasn’t a success, it is possible that A Nightmare on Elm Street could return to television. After the rights to the franchise reverted back to Wes Craven’s estate in 2019, it was revealed they were exploring ideas for a new movie and a TV show for HBO Max. With horror franchises like Halloween and Child’s Play making a comeback in recent years, it only seems like a matter of time before Freddy makes his triumphant return. The series has laid dormant since the critically panned reboot starring Jackie Earle Haley came out in 2010, which is partly why fans think the series can’t succeed without Englund. Jason Blum recently stated he thinks he could get Englund to return for another movie, but it remains to be seen if that will actually happen.

Even if Freddy’s Nightmare’s budget had not been slashed and aired in the correct time slot, there’s still the possibility the show wouldn’t have succeeded. Horror anthology series like American Horror Story are incredibly popular today, yet many expected Freddy’s Nightmares to revolve around Krueger himself rather than a cast of random characters. Friday the 13th: The Series ran into the same backlash in the ’80s but has since become a bit of a cult classic. Regardless, Freddy’s Nightmares was a fun experiment for New Line Cinema and one Englund clearly looks back fondly on due to the people involved.