Where Crisis Core Reunion’s Characters Are In FF7 Remake 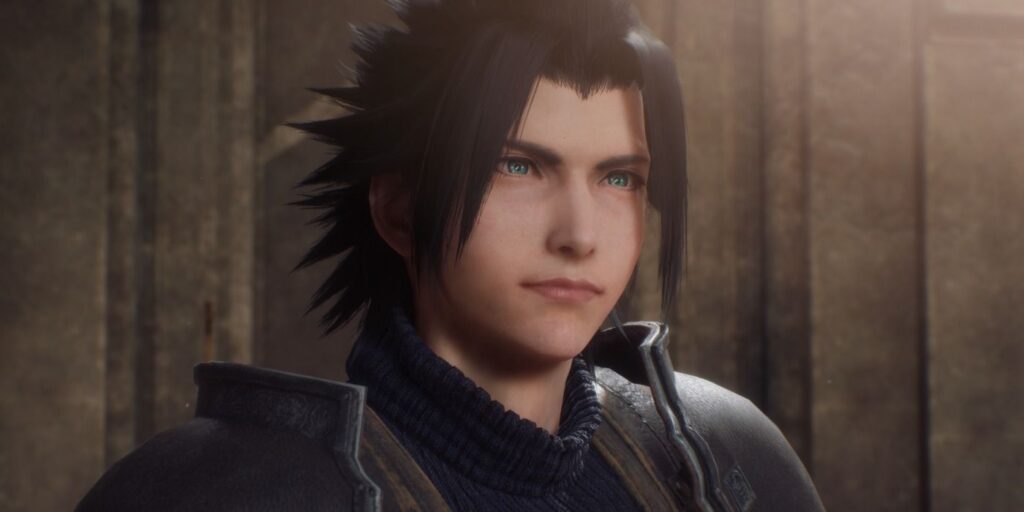 Square Enix has announced Crisis Core: Final Fantasy VII Reunion which is an upcoming remaster of Crisis Core for PC and consoles. Crisis Core is a prequel to FF7, and while FF7 Remake takes place in its own continuity, it still references the events of the earlier games. There are some characters from Crisis Core who are still around during the events of FF7 Remake and they may appear in FF7 Rebirth.

FF7 Remake has the benefit of being released after the Compilation of Final Fantasy 7, which means it has references to the FF7 prequels that were released after the original game. The events of Crisis Core aren’t directly mentioned, likely because they are considered classified by the Shinra Electric Power Company, but Hojo makes references to both Lazard and Genesis, and there’s a poster for Banora White in Midgar. The Japan-exclusive Before Crisis is also still considered canon, as the earlier Avalanche faction is still around, and their attempt on President Shinra’s life is mentioned.

Related: Where FF7 Remake Part 2’s Story Has To End

There are plenty of characters in Crisis Core that appear in FF7 Remake, including Cloud, Aerith, Tifa, Professor Hojo, the three Turks, Sephiroth, and Yuffie. Their presence in the story is accounted for, but what about the other characters who appear in Crisis Core? There are some characters from Crisis Core who survived the events of the game, while others bit the dust, and are unlikely to come back in FF7 Rebirth.

As Crisis Core is a prequel game, the developers had free reign to kill any character who wasn’t in the original FF7. This meant that a lot of the cast members met unfortunate ends throughout Crisis Core and are unlikely to return in FF7 Remake. Angeal is killed by Zack, Hollander is killed by Zack, and Lazard fades away due to being consumed by Angeal cells. Zack Fair isn’t mentioned here, as his situation is more complicated, so he has a dedicated section below. The fact that Zack (or a version of Zack) is still alive in FF7 Remake means that there’s also a chance that these dead Crisis Core characters in the new timeline could also return. Maybe the reason why Crisis Core is being remastered in the first place is to ensure that the players at large are familiar with these characters, ahead of their return in FF7 Remake?

The main antagonist of Crisis Core (other than Sephiroth) is Genesis Rhaposodos, a former member of SOLDIER, who was injected with Jenova cells at a young age. Genesis’ body starts to degrade and he leaves the Shinra company in search of a cure. Zack defeats Genesis at the end of Crisis Core, but after he leaves, Genesis’ body is taken by members of Deepground, who are a secret organization within the Shinra company. The Deepground members seek Genesis’ help in overthrowing their leaders, but Genesis decides to seal himself away beneath Midgar, until the day he is needed. Genesis doesn’t leave Midgar until the end of Dirge of Cerberus, but he could return in FF7 Remake. The only potential issue with Genesis appearing in FF7 Remake is one of likeness rights, as his appearance was based on a musician named Gackt, but he appears to be on good terms with Square Enix, so it may not be a problem.

One of Zack’s friends in Crisis Core is Kunsel, who is a 2nd class member of SOLDIER, and the person who provides tutorial messages to the player. His fate in Crisis Core is left ambiguous, but it’s confirmed that he’s alive in FF7 Remake. When Cloud and the members of Avalanche sneak into the Shinra Headquarters, Cloud is recognized by one of the Shinra guards, who did basic training with him years earlier. The guy runs off to go get Kunsel, confirming that he’s still around.

Cissnei is a member of the Turks and a close friend of Zack’s, who tries to save his life, but is unable to arrive in time to stop his last stand. She actually debuted in FF7 mobile game Before Crisis, which was a Japan-exclusive FF7 prequel. According to Before Crisis, the Turks group in that game eventually go into hiding and they don’t return until Meteor is about to hit Midgar, as they help the evacuating citizens. Cissnei’s exact location after the events of Crisis Core are unclear, but it’s likely that she went into hiding with the other Turks. There’s a good chance she will appear in FF7 Rebirth, especially once word of Zack’s survival leaks out.

Two of the characters from Dirge of Cerberus make a brief appearance in Crisis Core. Nero the Sable and Weiss the Immaculate are the two Deepground soldiers who pick up Genesis’ body and take him away for treatment. These two characters appeared in Intergrade, with Dirge of Cerberus’ Nero the Sable fighting Yuffie and Sonon in the INTERmission DLC, while Weiss is shown having his information uploaded into the battle simulator, allowing Cloud and his friends to take him on.

Zack dies at the end of Crisis Core and this is double confirmed in Advent Children, as his spirit is seen reunited with Aerith in the Lifestream. Things have played out differently in FF7 Remake, as the game showed a version of events where he defeated the Shinra forces and lived to fight another day. It was unclear if this was just a vision, or was something that really happened. The ending of the INTERmission DLC for FF7 Remake then confirmed that Zack is still alive and he is shown entering the Sector 5 Church in search of Aerith, but she has already left the city.

This new ending seems to suggest that Cloud and his friends changed the timeline when they defeated the Whispers and that Zack is still alive in FF7 Remake, but that’s not the case. It’s more likely that this version of Zack comes from a different timeline and he has traveled into the world of FF7 Remake, due to the actions of Cloud’s group at the end of the game. The first piece of evidence for this is that the game points out that the Stamp the dog mascot is different during Zack’s new final fight scene. The second piece of evidence is that Zack has the Buster Sword, even though Cloud also has one. Crisis Core confirmed that there is only one Buster Sword in existence, as its creation was commissioned by Angeal’s father. It’s likely that the Zack from Crisis Core is dead and there’s a different version of the same character running around in Midgar.

Next: Final Fantasy & Star Wars May Now Be Interconnected Thanks to Blitzball