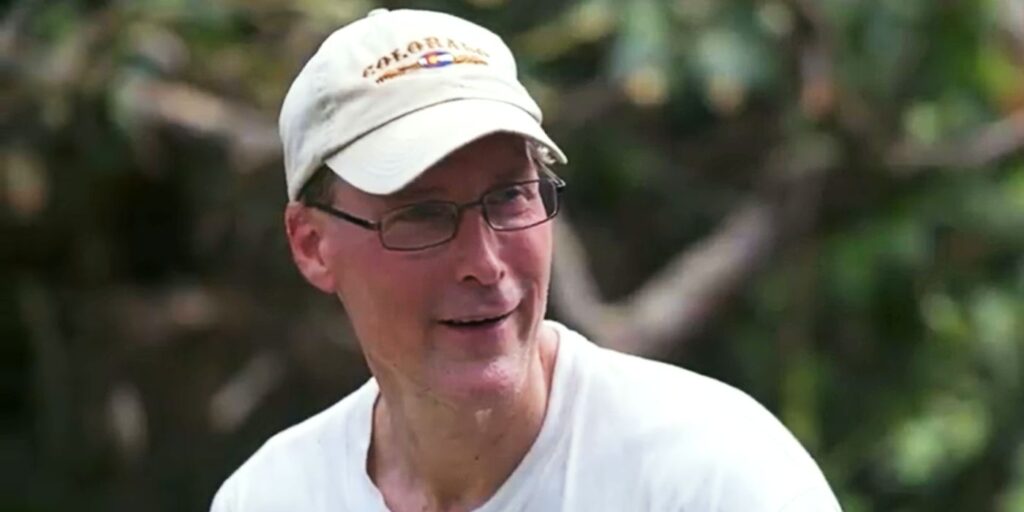 Barry Plath of Welcome to Plathville has taken daughter Moriah Plath’s lead in reinventing himself, as the pair posted a one-and-only selfie that featured Barry sporting a new look. Since Welcome to Plathville season 1, fans saw Barry take a backseat to rearing the eight kids he and now-estranged wife Kim Plath cloistered on their Georgia farmhouse. Viewers had long commented on Barry’s trademark smirk and how he lets Kim dominate their home rather than being genuinely meek.

The Christian fundamentalist family gained fans with their unorthodox way of life and what has appeared to be a strict set of rules on raising their children. With now five kids still living at home and currently separated from Kim, Barry may be feeling the need to up his game. Barry’s personality has gotten a makeover after the separation, and the TLC star has now made changes to his appearance as well.

Barry had previously been criticized for not changing much about himself on the show. But Moriah’s Father’s Day Instagram post of a newly decked-out Barry showed him trading in his button-up shirt for a tank top. The seemingly sudden change garnered amused mixed reviews and even a little disillusionment. On a Reddit thread posted by user AlternativePerfect17, fans commented that the Welcome to Plathville patriarch was now experiencing a mid-life crisis, seemingly in reference to Barry’s snarky comment on changes in Kim. Some commenters heavily, yet subversively, questioned where Barry leans on the sexual orientation spectrum. Reddit user raikougal said, “That shirt is a choice…Looks a little like you just came from the pride parade if ya know what I mean.” Others joked that he borrowed the tank from son Micah Plath. Moriah, the queen of Welcome to Plathville makeovers, also gained attention from Reddit commentators over her hair.

Although viewers still find Welcome to Plathville star Barry “creepy,” and his talk with daughter Lydia Plath on his marital woes uncomfortable, others have commented on Kim’s toxicity and mused over Barry’s new look. Barry and Kim had previously been accused of manipulating their children, using religion as an excuse, with some viewers finding Barry unsettling like a would-be cult leader. The Plath parents initially teamed up and chose to have their children live isolated lives, apart from being filmed. But Moriah’s post, with the caption “First and only selfie I have of him so far lol,” appears to herald Barry’s evolution and first engagement with social media. On Reddit, fans were entertained by yet another Plath makeover, which they say is just part of being on a reality TV show.

Clearly, Moriah is not the only Plath to reinvent their appearance, and she may be the catalyst of dad Barry’s new look. It appears that Welcome to Plathville parents Kim and Barry needed this separation. The Instagram photo shows an attempt at change and could point towards healthier relationships among the Plaths, although it has confused some who have chalked their whole deal as being staged.

Next: Welcome to Plathville: Why Moriah’s the Most Controversial Family Member