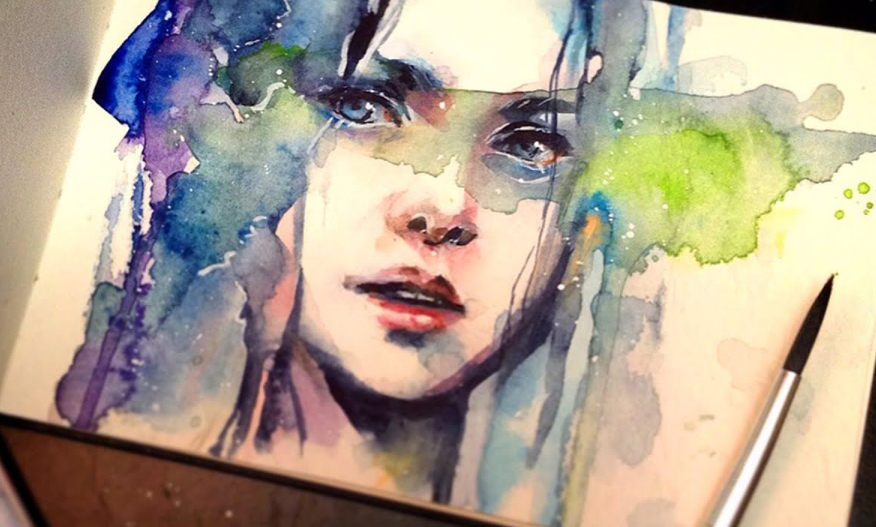 The art of existing back in watercolor paintings. I’m a reader, says Melanie Norris, revealing the importance of Paul Harding’s 2009 book Tinkers on her group of paintings of the identical name. At Tinkers, the writing is incredibly visual; the author does not need to be explicit. It resonates with me stylistically. Norris’s watercolor portraits follow her lead. There is a beauty in not saying everything, in not exposing everything, she says. Society has become very explicit and, in some respects, even crude.” In a kind of counterbalance to this trend, Norris employs a moderation similar to that of Harding – in his Tinkers series and other works – providing enough physical representation to glimpse the underlying character of his subject matter.

Calling all the characters

Although she admires the beautiful language and imagery, Norris quickly admits that she does not set out to portray subjects in an incredibly flattering way in her work (as opposed to commissioned portraits). It means that finding models can be difficult. I’m painting everything in my mind right now. I am manipulating the physical envelope of a subject for my ideas, so people sometimes hesitate to let me paint if I’m deciding something new or not sure what to paint myself instead of someone else.

In this way, Norris is related to Edgar Degas (French, 1834-1917). “He painted these young dancers with such affection and beauty that people thought they were in a romantic relationship or looked up to them, she says. But his words and reviews say differently. He claimed they were just something to paint: vehicles in shape and color. I wouldn’t consider my attitude towards my subjects harsh, but I mean what I was saying. Her aesthetics is linked not to the need to share everything in her watercolor paintings. Watercolor, as a tool, helps her realize the sober and full effect that she enjoys in great literature. I am brought to watercolor because of the way it moves across the surface of the painting. The way I use it leaves it very open, literally and figuratively, he says. This opportunity works as a glass to the spirit that I am playing.

The artist paints portraits of himself on canvases prepared with watercolor chalk in various formats, often building larger and larger sizes as the series progresses. The watercolor illustrations in Tinkers, he says, grew in size as he became more relaxed with the idea of ​​the range. The first sketches I did in ‘Tinkers’ were 24×36. Then I went 36 inches square, then 48 inches square, and finally 60 x 48 inches for The Receiver. This final painting, what Norris calls the cornerstone of the series, exploded onto the canvas. It was a pose, he says, that she just came to me. She wanted to show the subject, who my husband turns out to be, to receive which doesn’t challenge the viewer by looking at us or looking away.

For a large painting like The Catcher, Norris places the canvas on the ground and sits on it to work with large, flat, angled brushes. I use cheap brushes that are not necessarily made for watercolor, he says. I only use what I have. These brushes work for me and the way I use watercolor. I spread the color and it flows, then use the meeting angle tosh, ape it once it reaches a certain point.

There’s no time to think 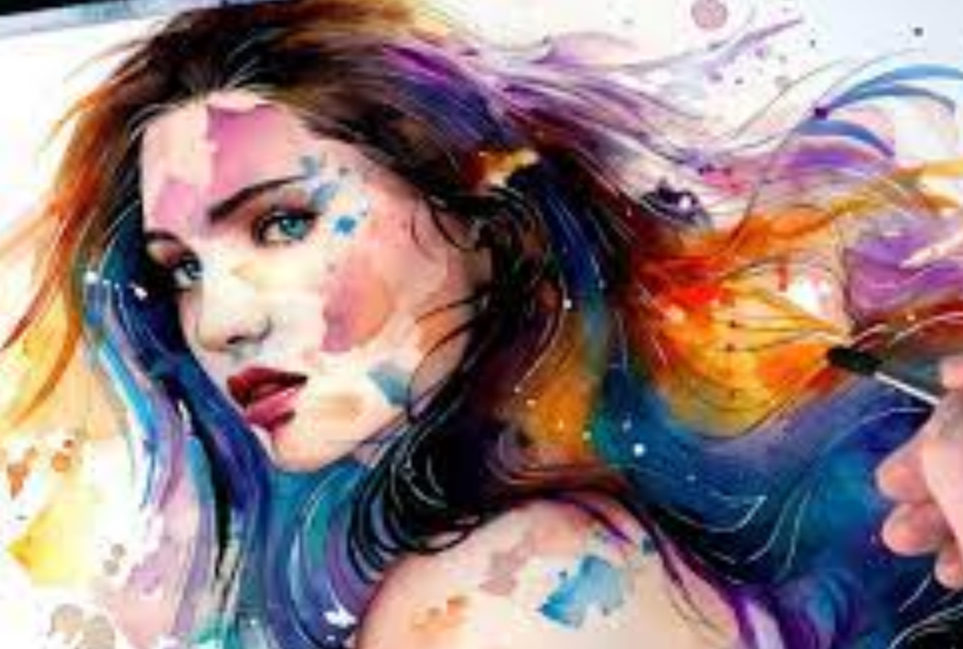 For The Receiver, he sketched the shape of the face, then dumped paint on the surface, creating large puddles of color that he then worked on in its place. Norris built this final part in the series in close formation for a show. I designed The Target while trying to prepare for an exhibition, so it was very close. I always do my best with a deadline, like last night. There is no time to step back and think; I have to go with that. I painted bigger and bigger and constantly painted up to this piece. I just got into this stream, and that’s where the beautiful paintings come from. It is one of my favorites. Now the Springfield Museum of Art has it.

Creating this way is technically liberating, Norris says. Painting on canvas instead of paper is how I manage to paint so well. It was amazing to discover the watercolor chalk. I am not patient enough to understand the logistics of mat and frame paper. Also, I don’t require my watercolors to be symmetrical. I need them to have this new position where they are alone in the room, not framed behind glass. I want them to be a presence.

He says the surface is similar to hot-pressed paper, although he has recently started applying chalk to rough canvas, and that surface is a bit more uneven and more absorbent. Right now, I am slowly building this library of knowledge about the materials I use. It’s a try-and-error method. His strategy is to try stuff out and allow himself to get a little frustrated if something doesn’t work out. I always learn from what I feel, whether I succeed or fail.

Typically, Norris sketches the general shapes and looks at the eyes, nose, and mouth. Use a watercolor pencil on chalk and graphite canvas if you are working on paper. So I get started. It’s not a highly cool drawing ideas process, usually. Norris doesn’t even paint watercolor strokes. Instead, he washes the pools on the surface and uses his large angled brushes to control the paint and move. I have a small palette with large spots of paint together. I moisten the brush, touch the colors I want, and then support them with the meeting.

Then add water to the surface and let the paint mix on the canvas. It is intuitive. I paint very fast. At this point, there isn’t much thought about color or where to put things. It goes fast, and I hug myself as I go. It stops to let the layers dry, then adds another layer and then another. When I get to the level where I’m painting a deep color, like a shadow around a nose, I think about it a bit more.

Lately, he doesn’t draw at all in his preparatory work. In the piece I’m making now, the drawing is getting out of date, says Norris. In Breath, for example, I didn’t do an initial drawing. The lines came after the paint place. When Breath finished, it needed lines, so I drew it with oil pastel. Often, Norris says, when his watercolor portraits become really loose and genuinely free, he adds lines to anchor them.

Just as The Receiver was a milestone for Tinkers, Breath transitioned to Norris’s Hallucinations series. The Pattern and Light frames are also part of this new series. These three watercolor portraits, he says, represent a change from characters to more abstract concepts. Those three, in unique, are a member of the Migraine subseries. Explore how the mind prevails over character, personality, brain, chemistry.

The Hallucination series is forming right now in my head, so finding the words to explain it is difficult. But again, it’s a series based on a book that you admire. This time it’s Hallucinations by neuroscientist Oliver Sacks. Hallucinations, the post, is primarily about how the mind can hijack itself. The book is about neurological strikes, but it shows very well. It is very well written. Right now, I am doing more research on the idea of ​​the mind as a portrait. You may want to articulate the ideas formed in this series, but then again, you may not have much to say about it.

watercolor paintings
Previous ArticleLogos Will Never Go Out Of The Market
Next Article What is an Ecommerce website and how does it work:

Top 10 Reasons To Remove A Tree By Tree Removal

11 Fireplace Design Ideas to Warm Up Your Living Room