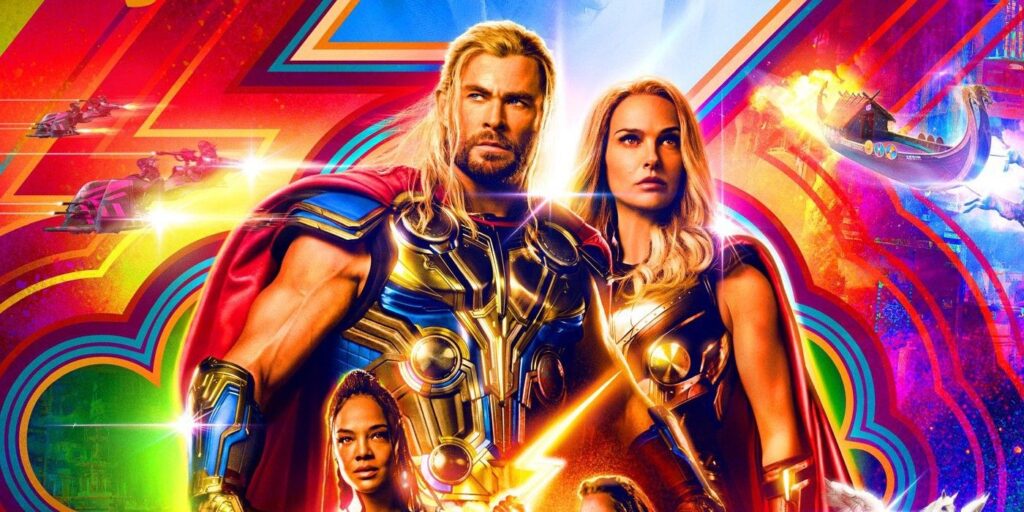 The first Thor: Love and Thunder early reactions are in following the world premiere. Chris Hemsworth returns as the god of thunder for his fourth solo film in 2022, with director Taika Waititi after the fresh and comedic redirection he took the character in Thor: Ragnarok. The announcement of Thor: Love and Thunder in 2019 came with the exciting confirmation that Natalie Portman would return as Jane Foster and become Mighty Thor. The movie’s cast grew to include Valkyrie (Tessa Thompson), the entire Guardians of the Galaxy team, big cameos like Zeus (Russell Crowe), and a powerful villain in Gorr the God Butcher (Christian Bale).

Thanks to the star power attached and goodwill after Ragnarok, excitement for Thor: Love and Thunder has remained incredibly high. The movie endured multiple delays due to COVID-19, as it was originally set to release in November 2021. Marvel Studios left fans waiting for the start of the film’s marketing campaign too, as the first Thor: Love and Thunder trailer did not release until April 2022. Audiences have since seen an onslaught of footage highlighting the film’s crazy visuals, fun tone, big action, and love story. All of this helped make Thor: Love and Thunder one of the most anticipated movies of 2022.

Related: Where Has Gorr Been In The MCU Before Thor: Love & Thunder?

Ahead of the Marvel Cinematic Universe’s latest film releasing in theaters on July 8, 2022, Thor: Love and Thunder early reactions have now made their way online. The social media reaction embargo has been lifted now that the movie’s Hollywood red carpet debut happened on the night of June 23, 2022. The result is a flood of Thor: Love and Thunder reactions to let audiences know just how excited they should be for the Phase 4 movie.

The mostly positive Thor: Love and Thunder early reactions are not terribly surprising, but they are a good sign for the movie. The highlights of the sequel from a cast perspective appear to be Natalie Portman and Christian Bale. Those who have seen Thor: Love and Thunder already seem to be in complete agreement that Portman’s inclusion as Mighty Thor is one of the best parts. Meanwhile, all of the hype about Christian Bale returning to superhero movies but in a villain role was seemingly well-placed.

One debate that Thor: Love and Thunder‘s reactions are at least entertaining, though, is whether or not it is the best movie in the franchise. Taika Waititi already impressed a lot of audiences with Thor: Ragnarok and turned the movie into one that is often considered top-tier MCU. While the film has its detractors as well, the notion that Thor: Love and Thunder is funnier than its predecessor while also delivering a more heartfelt story could make fans reconsider their rankings. It is safe to say that the movie is shaping up to be a big win for Marvel Studios in Phase 4.