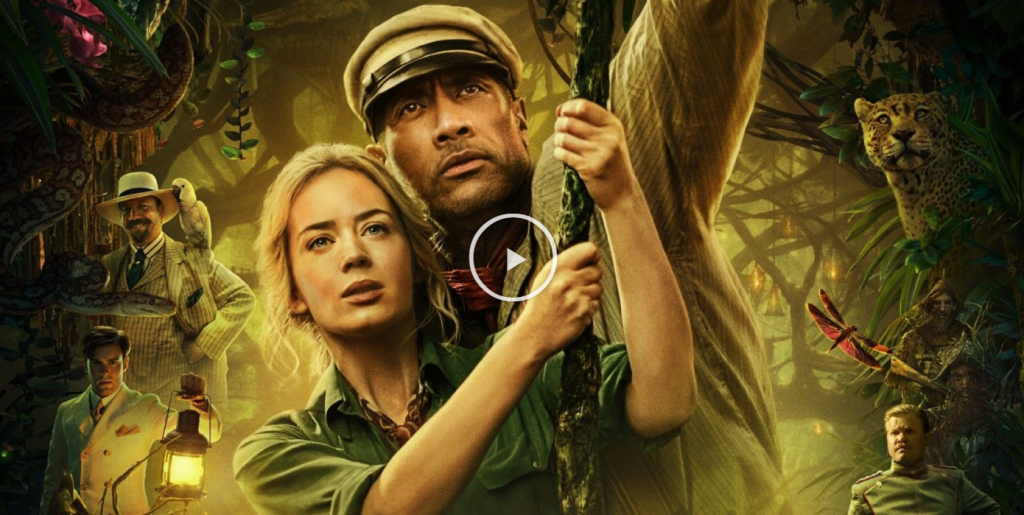 The popular Jungle Cruise attraction at various lands and worlds of Disney is a water ride, an animatronics showcase, a kitschy nostalgia trip, and a knowingly creaky joke machine, all at once. To this mix, the new Jungle Cruise movie adds a hall of mirrors. The ride was partially inspired by the 1951 adventure film The African Queen, wherein Humphrey Bogart escorts Katharine Hepburn down the Nile on a creaky boat.

Now the ride has in turn inspired a 2021 adventure film wherein Dwayne Johnson escorts Emily Blunt down the Amazon on a creaky boat. It’s a distorted remake, told through a game of telephone that has passed the African Queen sensibility through (relatively) modern fantasy-adventure spectaculars like The Mummy and Pirates Of The Caribbean. Has the homage been maintained, or has it become one more optical illusion? Jungle Cruise sees no reason it can’t be both, and more. This is a Disney megaproduction, after all, with four roomy quadrants to fill.

Brash, resourceful Lily Houghton (Blunt) and her posh, reluctant brother McGregor (Jack Whitehall) seek a mythical tree of life, supposedly hidden in the Amazon, that will allow Dr. Houghton to help heal the world’s sick and injured—an especially handy trick, considering the world is a couple of years into The Great War (a historical moment roughly shared with The African Queen). For their journey, Lily enlists Frank Wolff (Johnson), a steamboat captain who makes his living conducting pun-laden river tours, rigged with gimcrack attractions.

Yes, his routine is basically the Jungle Cruise ride, lovingly transported to the actual Amazon. Frank, Lily, and McGregor are pursued by Prince Joachim (Jesse Plemons), a nefarious German adventurer who sees the obvious advantage the tree’s leaves will bring to his side of the war. There’s also an old legend about the original discoverers of the tree, who may or may not have become Pirates-style immortals of stylized goop.

Chases, archetypes, a magical MacGuffin: Jungle Cruise keeps things relatively simple. It represents a clean slate, with none of the tangled continuity of the now-dormant Pirates franchise, which was spawned from the great, surprise success of a different Disney ride adaptation back in 2003. Yet as frustratingly overcomplicated as those Gore Verbinski Pirates sequels could be, with their mystical curses and magical compasses that seemed to point the filmmakers in just as many directions as the characters, Jungle Cruise’s simplicity seems almost designed to evoke a longing for Verbinski’s commitment to his fantastical world.