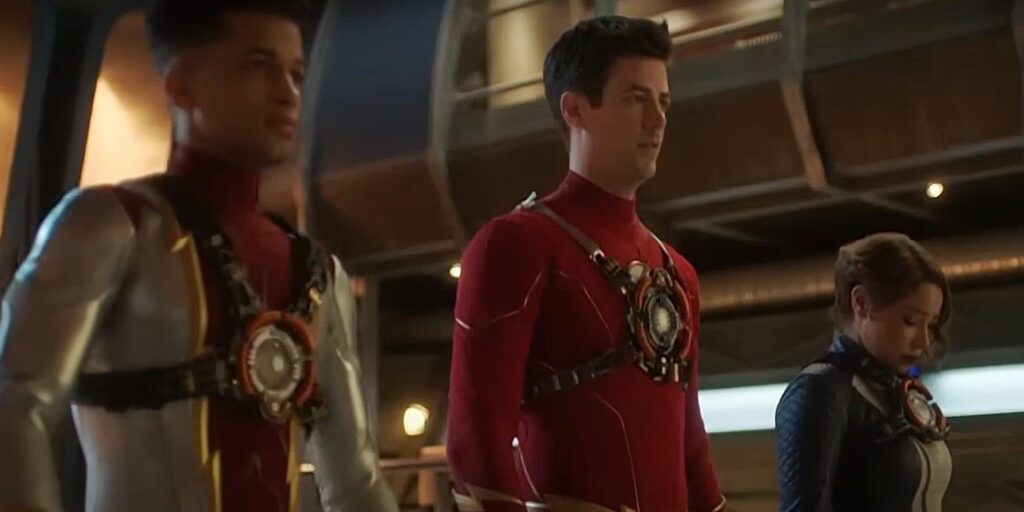 While Iris reemerged in The Flash season 8, episode 19, things took an unexpected turn. As Iris popped up in 2049, she didn’t stick around for long in the future as she came back to the present, but in the worst moment possible. While Barry Allen was battling the Forces, who have now gone negative, Iris re-materialized in the midst of the battle. Not only did Iris get hit by Barry’s lightning bolt, but she passed away while Tom Cavanagh’s Eobard Thawne reemerged, this time with all of his powers back.

With only one episode left of The Flash season 8, the finale will have a lot to deal with as it closes out the season. Following the airing of “Negative, Part One,” The CW (via TV Promos,) ran a trailer for The Flash season 8, episode 20, appropriately titled “Negative, Part Two.” Dealing with the aftermath of Iris’ death, Barry and several speedsters are uniting to take on Reverse-Flash, marking what is perhaps the two rivals’ biggest battle of all time. Check out the promo below.

As shown in The Flash season 8, episode 20 trailer, Barry won’t be the only speedster taking part in this finale. Returning from “Negative, Part One” are Jordan Fisher and Jessica Parker Kennedy’s Impulse and XS, respectively. The Flash season 8 finale will also see the return of John Wesley Shipp as the Golden Age Flash himself, a.k.a. Jay Garrick, who was last seen in episode 6 earlier this season. After getting her suit in this week’s episode, Meena will be joining Team Flash as Fast Track in the final battle against Reverse-Flash.

While The Flash season 8 finale is doing a full-on speedster war, the biggest plot point it needs to tackle is the death of Iris. The Flash showrunner has already stated that in the end, Iris’ time-sickness will be cured and that the session will end with a happy ending. Given that Bart and Nora still exist in both episodes, it’s obvious that Iris’ massive death will be undone no matter what. The question, however, is in what way they will go about saving her before The Flash season 8 closes out, as season 9 won’t arrive until 2023.

The Flash season 8 concludes next Wednesday, June 29 on The CW.