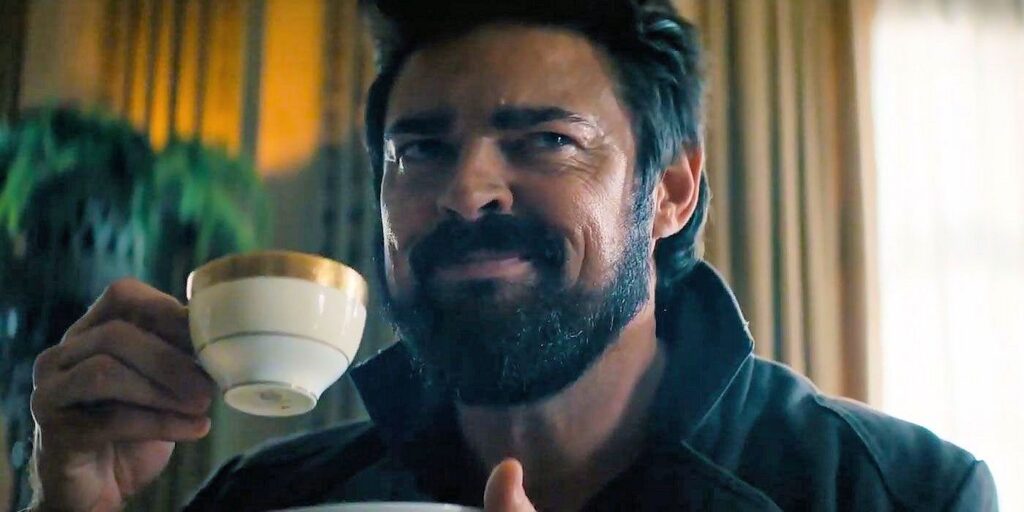 The Boys’ Karl Urban reveals that season 4 is set to begin filming soon. Urban, who plays the cunning vigilante Billy Butcher on the Prime Video series, quickly became a fan-favorite character following the show’s premiere in 2019. The series also stars Jack Quaid as Hughie Campbell, Erin Moriarty as Annie January/Starlight, Tomer Kapon as Frenchie, Laz Alonso as Mother’s Milk, and others. The Boys is currently well into season 3, with six out of eight episodes having already been released.

So far, season 3 has seen plenty of twists and turns, from the introduction of Jensen Ackles’ Soldier Boy to the shocking revelation that Victoria Newman (Claudia Doumit) was adopted by Vought CEO Stan Edgar (Giancarlo Esposito). After the thrilling season 2 finale, The Boys went legitimate and became a government unit responsible for keeping superheroes in line, leading to deeply-buried discoveries like Vought’s secret production of a temporary Compound V. This led to The Boys getting their own superpowers in the current season, which both Hughie and Butcher took advantage of while plotting to strike back against Homelander (Antony Starr). With the tension between The Boys and The Seven at an all-time high, the remaining season 3 episodes are sure to be filled with nonstop action.

Related: He Lost, But The Boys’ Herogasm Fight Made Homelander Even Scarier

Ahead of The Boys season 3 finale, Urban offered an update on season 4 to Collider, and teased that fans might be seeing the team back together sooner than expected. Urban revealed that filming on season 4 is scheduled to begin in late August, meaning viewers can likely expect new episodes to arrive on Prime Video sometime next year. Urban’s full quote can be read below:

“Yeah, we’re starting I think August the 22nd, we’re going to be starting season four. So I’m getting back, getting my Butcher back on, and I can’t wait. It’s a fun gang to play with, we work hard and play hard, and I can’t wait to see where they take the characters from where we leave them at the end of this season.”

Capitalizing on the show’s success, Prime Video gave a quick season 4 renewal to The Boys just a week after season 3 debuted. Of course, not much is known about the next season, considering fans are still eagerly awaiting to see how the current one will end. However, it’s safe to assume that the majority, if not all of the original cast will reprise their roles for future episodes—assuming their characters don’t get killed off by the end of season 3. Urban himself said he’s excited to learn what comes next for the team, but admitted he still hasn’t even touched the scripts for The Boys Season 4. For now, the upcoming season remains shrouded in mystery.

With season 4 set to begin filming this summer, fans can hopefully expect to see more of Soldier Boy, a suped-up Butcher, and maybe even a Herogasm 2.0 soon. Fans likely won’t know what will happen in future episodes for a while, but with the exciting confirmation that a new season is starting filming soon,  The Boys season 3 finale is bound to leave fans with a nail-biting cliffhanger. In the meantime, the first six episodes of season 3 are available right now on Prime Video. New episodes of The Boys are released on Fridays.