Stranger Things: Who Each Main Character’s Favorite ’80s Wrestler Would Be 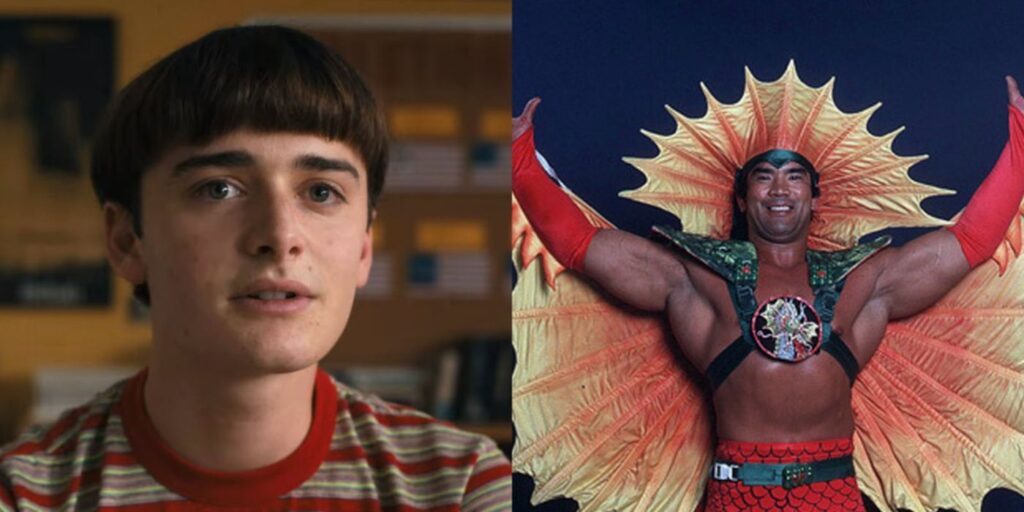 Stranger Things, the hit Netflix television series, takes place in the 1980s and has explored many of the iconic elements from that decade. From arcades to shopping malls to music, it seems as though the show has nearly covered all of the bases.

However, there is one major aspect of the 80s that Stranger Things has only referenced in bits and pieces. That is, of course, professional wrestling, which underwent its first boom period during the 1980s thanks to the rise of grand televised events such as WrestleMania. Tons of people were into professional wrestling during the decade, each having their own favorite wrestler, and it makes sense that the characters of Stranger Things would be the exact same way.

Will has been bullied and ridiculed his entire life, but he has never let that change or corrupt him. Whether he’s dressing up as “Will the Wise” or helping to once again save the world, Will stays true to himself. He puts others before himself, even when it causes him pain, because he doesn’t want others to hurt.

Related: Who Each Main Stranger Things Cast Member Could Play In the DCEU

Will would be a fan of Ricky Steamboat, a truly heroic wrestler who inspired fans and placed his loved ones before his career. Plus, Will would probably think Steamboat’s dragon attire was the coolest thing he’s ever seen.

Steve “The Hair” Harrington is the definition of cool, so it’d be no surprise to see him gravitate toward the grand awesomeness of Randy Savage, whose flamboyant attire and even more flamboyant way of speaking commanded the audience’s attention everywhere he went.

More important, however, as one important plot point has shown, is that Steve is quite the romantic. Steve would probably feel a deep connection to the Macho Man based on the wrestler’s iconic whirlwind romance with Miss Elizabeth.

When Erica Sinclair finally became one of the heroes of Hawkins in season 3, she did so with a rather patriotic flare. Not only enthusiastic about taking down the Russian “Commies,” Erica was also quite happy to explain to the rest of the Scoops Ahoy Crew just how much she loves capitalism.

Because of this, she’d probably be a huge fan of Ted DiBiase, better known as “The Million Dollar Man.” Erica would probably be thrilled at how wrestling’s richest competitor flaunted his wealth and used it to his advantage.

Tested on and studied since she was a child, Eleven has never gotten to live a normal life. Eleven’s truly incredible psychic powers have made her a hero to some and a freak to others, yet either view of her has absolutely made her feel like an outcast in some way.

Eleven would certainly be attached to Andre the Giant, a man so large he towers over even the largest of his peers. Eleven and Andre both know all too well what it feels like to be treated differently and gawked at for being born different, and Eleven would root for Andre’s success because of this.

Max had a rough go of things ever since her stepbrother Billy died, and it caused her to push aside some of her more self-assumed “childish” activities and become a bit more serious. She also became a bit of a loner and, at least for a time, cut herself off a bit from her friends.

Related: Every Stranger Things Couple, Ranked Least To Most Likely To Stay Together Past Season 5

During this time, she would certainly gravitate toward the cold and no-nonsense demeanor of Jake the Snake, a sinister wrestler who has no problem embracing his dark side. Even before the end of season 3, she’d probably still like Roberts, as she’s always had a love for the macabre and grotesque.

Dustin formed such a strong bond with Eddie Munson, with the two becoming one of season 4’s best duos. This made it all the more tragic when Eddie died in Dustin’s arms after fighting a swarm of Demobats.

Out of all of the Stranger Things kids, it might be Mike who still most strongly holds onto his fantasy ideals of heroes, although that could be because he’s currently dating his own biggest hero, Eleven. Because of this, Mike would surely be a fan of who was presented as the biggest hero in all of 80’s wrestling, Hulk Hogan.

Hogan took on every bad guy there was during his time in the WWF and looked indestructible doing so. He always stood up for friends, something Mike, who has risked his life for his friends numerous times, would surely appreciate.

While Wendi Richter was certainly one of the most beautiful wrestling stars of the 1980s, that wouldn’t be the (only) reason Robin would be a fan of her. Richter was a total rebel, being a major leader in the “Rock ‘n’ Wrestling Connection” that revolutionized the professional wrestling business.

Related: 10 Stranger Things Memes That Perfectly Sum Up Robin As A Character

During this time, Richter helped smashed the old guard of the WWF’s women’s division, winning the WWF Women’s Championship from the Fabulous Moolah, who had dominated the division with an iron fist for nearly three decades.

If Lucas’s quotes from the show are anything to go by, he is certainly one of the most multi-faceted characters in all of Stranger Things. A realist with enough determination to walk his own path, he also can’t help but care about his friend more than anything, always willing to stand up for them and protect them.

Lucas would gravitate to Magnum T.A. as not only is Magnum a tough brawler that regularly dispatches his opponents in seconds, but he’s also a true hero who will stop at nothing to protect those he cares about.

Nancy Wheeler has been underestimated her entire life, whether it be by the Hawkins Post boys’ club or the various townsfolk such as Jason Carver, who try to intimidate her. Despite this, Nancy shows again and again why she’s one of the toughest residents in all of Hawkins, having helped save the world numerous times.

Nancy would appreciate Dusty Rhodes, an inspirational and perseverant wrestler who became world champion multiple times despite displaying none of the superficial conventions of what a wrestling champion was supposed to look or act like. He made anyone who doubted him feel foolish by showing his undeniable skill at his craft.

Next: 10 Stranger Things Characters Who Are Alive, But We’ll Probably Never See Again