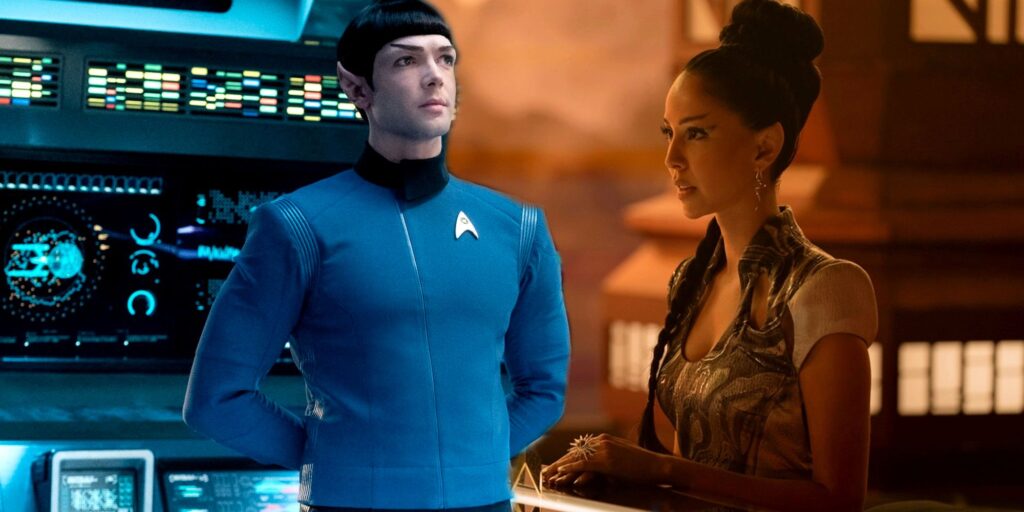 Stepping back in time to events just before Kirk (originally portrayed by William Shatner) stepped into the command chair of the USS Enterprise, Star Trek: Strange New Worlds sees Mount’s Christopher Pike take part in his own missions into the unknown before the accident that left him in the scarred state seen in the original 1966 series. Set onboard the beloved starship, many familiar faces will feature as part of the cast, such as Spock (Ethan Peck), Uhura (Celia Rose Gooding), and Number One (Rebecca Romjin), with the series having an episodic structure akin to the classic series’ storytelling. With early reactions praising the series’ classic tone, one of the series showrunners has teased what is in store in later episodes of Strange New Worlds season 1, including a comedic TOS-inspired story.

When discussing the Strange New Worlds season 1 with IGN, Myers previewed an episode titled “Spock Amok” that would see some of the crew of the Enterprise swap bodies with one another, highlighting that “the experience of doing it with Ethan Peck’s Spock, and Gia Sandhu’s T’Pring are what makes it unique and interesting.” The showrunner promised that the concept wouldn’t be limited to Spock and T’Pring, as he stated “the various subplots going on in the episode all tie into each other thematically,” naming Pike, La’an Noonien-Singh (Christina Chong), and Number One as specific characters who experience a body-swap moment. Myers concluded by explaining the episode would focus on the character’s learning to empathize and understand one another’s perspectives.

Sandhu was officially revealed as T’Pring in May 2022, taking on the role of Strange New Worlds‘ version of Spock’s fiancée, originally portrayed by Arlene Martel in TOS season 2. T’Pring was introduced originally in TOS episode “Amok Time,” in which Spock (Leonard Nimoy) is overtaken by the Vulcan condition of Pon Farr and must return to Vulcan and reunite with her, only to discover that she has fallen for another. Audiences previously caught a glimpse of the character in a trailer prior to the series’ release, with both Vulcans being seen sharing a private moment together.

Set in a period close to the influential TOS in the timeline and with a younger, different take on Kirk (Paul Wesley) set to make his debut in season 2, Strange New Worlds has embraced original series inspirations in its storytelling, making it the perfect modern live-action Star Trek series to embrace lighter-hearted, comedic stories. While body-swapping isn’t a new narrative concept to the franchise, Myers’ specific mention of T’Pring and Spock amongst those is sure to intrigue fans, due to their original series’ fate as a couple. With both Vulcans set to see life from one anothers’ perspective, Star Trek: Strange New Worlds has the opportunity to perhaps redefine and give depth to one of TOS‘s most notable stories.