Stephen King: 13 Most Powerful Characters That Can Shine 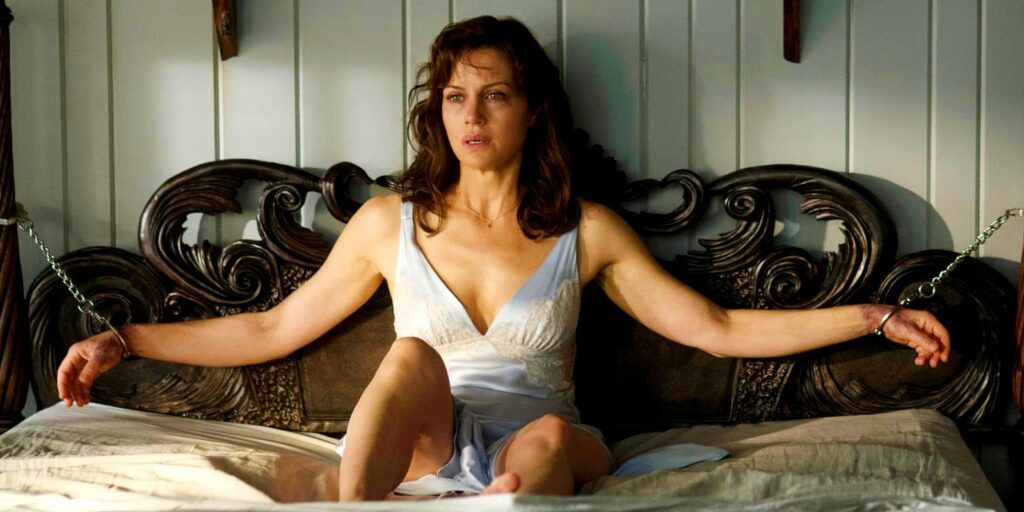 Legendary horror author Stephen King has created a number of connected literary works that have included a number of powerful characters with psionic or paranormal abilities which first received an explanation in King’s third book The Shining. While the peculiar power is never specifically outlined, those who shine typically wield powerful telekinetic or telepathic abilities, and they can sometimes attract the attention of others with the same powers.

Sometimes called the “touch,” and sometimes left without a name, there are no definite criteria for the shining, and any character appearing in a King novel who has some sort of paranormal power could be said to shine. However, given the similarities between characters’ powers in the connected continuity of the King books, it’s likely that they’re all related in some way.

Updated on May 13th, 2022 by Tanner Fox: Stephen King’s stories are some of the most ubiquitous in the horror genre. While the writings of H.P. Lovecraft and Edgar Allen Poe, two of the author’s greatest influences, remain relatively well known, King’s work has proven to be even more influential to modern pop culture.

With film adaptations of Firestarter and The Girl Who Loved Tom Gordon either about to debut or are in the works, it’s clear that King has far from faded from the minds of horror fans. There’s a ton of connective tissue joining his works together, as well, and, as the so-called King multiverse continues to expand, fans may need to establish a deeper understanding of his characters.

While she doesn’t have the power of pyrokinesis like Charlie McGee or a healing touch like John Coffey, Jessie Burlingame, the protagonist of King’s Gerald’s Game, did exhibit some paranormal abilities, indicating that she may shine.

RELATED: 10 Scariest Scenes In Stephen King Movies That Chilled Us To The Bone, Ranked

In the novel, she’s able to see and speak with the dead as evidenced by her conversations with her deceased husband, and she also seems to have some sort of precognitive ability, as she speaks with a version of herself that had already escaped from the handcuffs. There’s no definite evidence to suggest that she has a real command of these powers, but they do play an important role in Gerald’s Game.

Stephen King’s IT introduced readers to The Losers Club, a group of children who were the only line of defense against the supernatural threat of Pennywise the Dancing Clown. The Losers Club may not be the most obvious candidates for the shining, though the non-specific abilities exhibited by those who can shine are also present at times within the Losers.

Whether it is through the psychic connection that they sometimes exhibit or the willed weaponry used in their battle with Pennywise, The Losers Club stands out as overlooked but powerful characters who can shine. Plus, it seems unlikely that they’d be able to take down King’s version of a Lovecraftian outer god without supernatural powers.

Though he may not be the most powerful character with the ability to shine, Dick Halloran is certainly one of the most important. Recognizing early in the story that Danny Torrence shares his abilities, he attempts to warn him of the horrors lurking in the Overlook Hotel.

He’s briefly referenced again in It and shows up for a time in Doctor Sleep, but he’s best remembered for his role in King’s The Shining. Able to speak telepathically with those who shine and the first to offer a name for the mysterious power, these abilities would be even more cryptic were he not involved.

Much like The Losers Club that appeared in IT, Stephen King’s The Dark Tower series assembles its own group of powerful characters that became known as the Ka-Tet of Roland Deschain, the Gunslinger of All-World.

Characters like Alain Johns and Jake Chambers are both gifted with the touch which is a psionic ability that is similar to Earth’s shining. However, it’s the “Ka” that appears in fantasy-based stories like The Dark Tower that brings Roland Deschain together with his touch-powered Ka-tet through fate.

Precognition or similar psychic abilities are relatively common in those who can shine. The Dead Zone introduced the character of Johnny Smith, who was able to tap into innate psyonic abilities after he suffered a head injury as a child.

RELATED: The 10 Best Movies Based On Stephen King Books (According To IMDb)

When Johnny awoke from a coma later in life, he saw clairvoyant and precognitive visions of people and events when he touched them, and this allowed him to stop a serial killer and save the world from possible nuclear destruction—albeit at the cost of his own life.

The Stand featured another group brought together by fate as two groups of survivors formed together following the extermination of the majority of the planet’s population due to a global pandemic known as Captain Trips.

While Randall Flagg/The Man in Black gathered his evil army, the forces of good rallied under a woman named Mother Abigail. Abigail’s strong psychic abilities—which she herself referred to as “the shine”—allowed her to both connect the survivors together for their ultimate battle and to hold off the psychic attacks and invasions of Flagg before her death, as well.

Stephen King’s 2013 novel Doctor Sleep served as the sequel to his hit novel The Shining and was also adapted into a live-action film that further blended the events of the novel with the previous Stanley Kubrick adaptation. Doctor Sleep introduced the powerful psychic known as Rose the Hat and her family in the True Knot, a group of immortal energy vampires.

They fed and sustained themselves on the life force or “steam” they collected from the children they hunted who were able to shine. The True Knot’s members each had a psychic specialty, though only a few of them were able to track down others who shined like Rose the Hat.

The Institute deals with a group of children who exhibit telekinetic and psionic abilities who have been kidnapped and taken to a remote facility to be experimented on. The facility is roughly split into two groups, the “front half,” who have their abilities induced or augmented through torture, and the “back half,” who are having their abilities weaponized.

The children of both sectors of the institute eventually revolt, kill the staff, and escape. In the end, it is revealed that this was one of several institutions dedicated to the weaponization of shining abilities.

Readers were recently introduced to a new wave of young telekinetics and telepaths in Stephen King’s 2019 novel The Institute. They were being experimented on in order to help stop threats viewed by precogs like Johnny Smith. 1980s Firestarter introduced an earlier version of this premise with The Shop and the McGee Family.

The Shop was a government organization using experimental drugs in order to activate latent psionic abilities which resulted in the birth of young Charlie McGee. Charlie not only exhibited powerful pyrokinetic abilities, but she also had precognitive visions of the future which were passed down from her parents’ drug-induced telepathic/telekinetic shine.

Stephen King explored a number of different genres over the years, though the connective tissue of the shine can still almost always be seen in some characters. This was the case with The Green Mile series, which was later adapted into a hit movie of the same name.

RELATED: 10 Shows Based On Stephen King Novels To Watch If You Liked The Outsider

The series took place in the death row section of the Cold Mountain Penitentiary and introduced the character of John Coffey, who was on death row for murders he didn’t commit. John slowly revealed a range of abilities that included psychic perception and a healing touch that could also be used to kill which would be seen from other characters with the shine as well.

While it was Dick Halloran who initially taught Danny Torrance how to use the shine, Danny quickly outshone his fallen mentor as a child, and his psychic abilities only grew as he matured into adulthood. Danny first appeared in The Shining where his precognitive abilities were put to the test as his family was isolated in the haunted Overlook hotel for the winter.

Dan later returned as an adult in Doctor Sleep where he refined his abilities and even demonstrated other shine powers like John Coffey’s ability to transfer diseased “steam” life energy to other characters. This ultimately resulted in the death of the True Knot.

When Abra Stone was born, she almost immediately established a psychic connection with Dan Torrance, and, as her powers waxed and waned through childhood, she began to attract the attention of the shine vampires known as the True Knot in Doctor Sleep.

Stone revealed both telepathic and telekinetic abilities that were later revealed to have come from her biological grandfather, Jack Torrance. Both Abra and Danny displayed great power, though she may have a bit more untapped potential than her uncle.

The titular star of Stephen King’s second novel Carrie began to develop incredibly powerful telekinetic and telepathic abilities as she entered puberty. She exhibited displays of these abilities as an infant similar to Abra’s increase in her own shine as she aged.

Carrie’s mother Margaret was a religious extremist who revealed their power was passed down among the women in their family, something she considered to be a curse from Satan. Carrie never saw her shine develop fully, though her powerful telekinesis was on full display when she massacred her town on prom night.