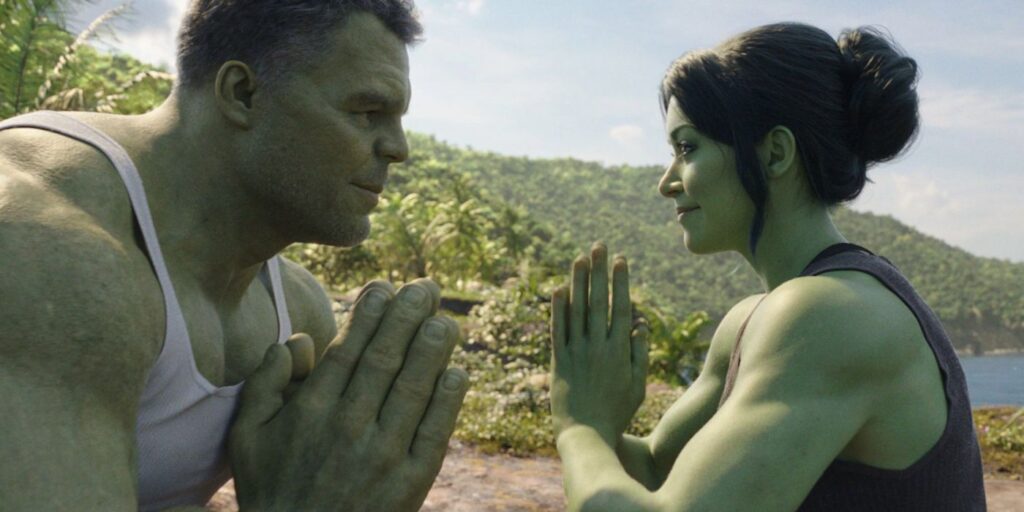 She-Hulk: Attorney at Law episode 1 presented Mark Ruffalo with one of his biggest Hulk challenges in the Marvel Cinematic Universe so far. The series, which is the next MCU Phase 4 television project, will begin streaming exclusively on Disney+ on August 17, 2022. The show stars Tatiana Maslany as Jennifer Walters, a lawyer who works on cases involving individuals with superpowers. But she gains powers of her own thanks to her cousin Bruce Banner, AKA The Hulk (Ruffalo). The series, which was created by Rick and Morty writer Jessica Gao, features an ensemble cast that includes Ginger Gonzaga, Josh Segarra, Jon Bass, Renée Elise Goldsberry, and Jameela Jamil, who will be playing the show’s social media influencer villain Titania.