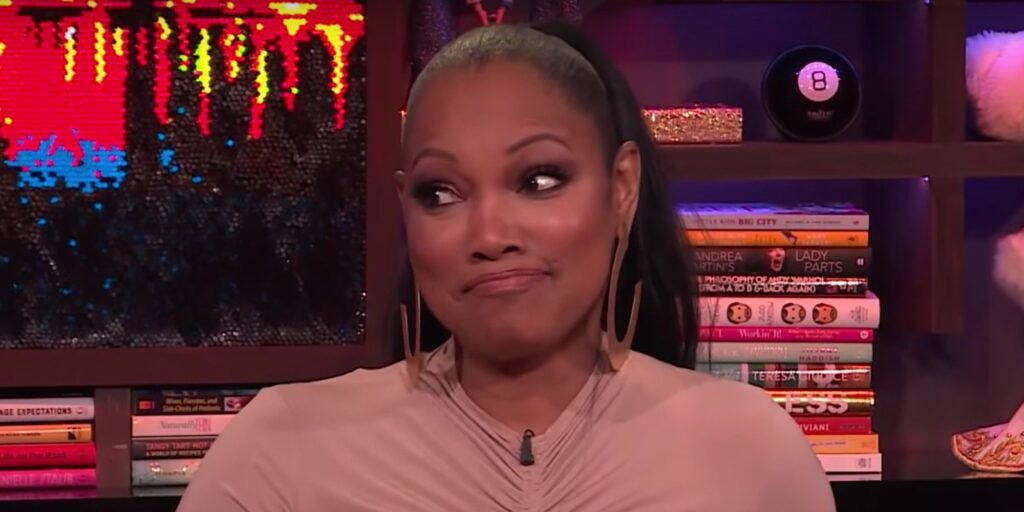 Garcelle Beauvais received a shocking text from Diana Jenkins in a preview for the next episode of The Real Housewives of Beverly Hills. Garcelle has been a fan-favorite housewife since joining the franchise in 2020. Diana is the newest housewife in Beverly Hills, filming for the first time this season.

The Real Housewives of Beverly Hills is moving right along this season with drama in tow every episode. The ladies returned for season 12 in May, adding a new full-time housewife, Diana. She wasted no time becoming a talking point for fans after every episode. From her relationship with her younger partner, Asher, to parenting an almost 2-year-old at the age of 48, Diana is an amazement to many. Earlier in the season, Diana spoke to Kyle Umansky about going through a miscarriage shortly before filming.

Based on a preview for the next episode of RHOBH, Diana may be gearing up for her first housewife feud. After the ladies return home from the roller coaster cast trip to Mexico, Kyle decides to send a group text checking in on her castmates and see how they are feeling since the trip. What comes after–a response from newcomer Diana–has all the ladies shocked in their respective confessionals. Diana texts the ladies, saying that after returning home from Mexico, she had to be admitted to bed rest by her doctors for nonstop bleeding. Diana blames the trip in general for her health, stating, “This trip and flying and drinking and burning my candle both ends after losing baby, bleeding for eight weeks straight after miscarriage, and four major surgeries that followed in last few weeks to save my uterus was not very intelligent thing to do.” According to the preview clip, which was shared by E! News, Garcelle says in her confessional that after first realizing her name is spelled wrong in the text, she reads the end of Diana’s group text, which says, “But Garcelle might think I’m rude, so there it is.” This is Diana’s perplexing reason for revealing all of that information in a group text, which she wouldn’t normally do.

Reality star Garcelle and the ladies interpret these texts from Diana as a clear indication that she will not be attending Garcelle’s upcoming party. Lisa Rinna loves the shady behavior Diana is bringing, and Kyle completely drops her phone after finishing reading the text. As a whole, the girls feel stuck in the middle with this group text from Diana. On the one hand, they feel horrible that Diana had to go through this traumatizing medical issue. But they also have to call out the awkwardness of starting beef with Garcelle during a group message meant to shine a light on her health battle.

The cast always shows up with the drama in every RHOBH episode. The drama this time arouund, with a bombshell text from Diana, has even the cast shocked with how juicy it is. Garcelle is not one for backing down, and she is always ready to stick up for herself or her friends. Diana should get prepared to face Garcelle in a sit-down so Garcelle can find out for herself why Diana chose to start with her for what’s sure to be an excellent housewife feud.

The Real Housewives of Beverly Hills airs Wednesdays at 8 p.m. EDT on Bravo.