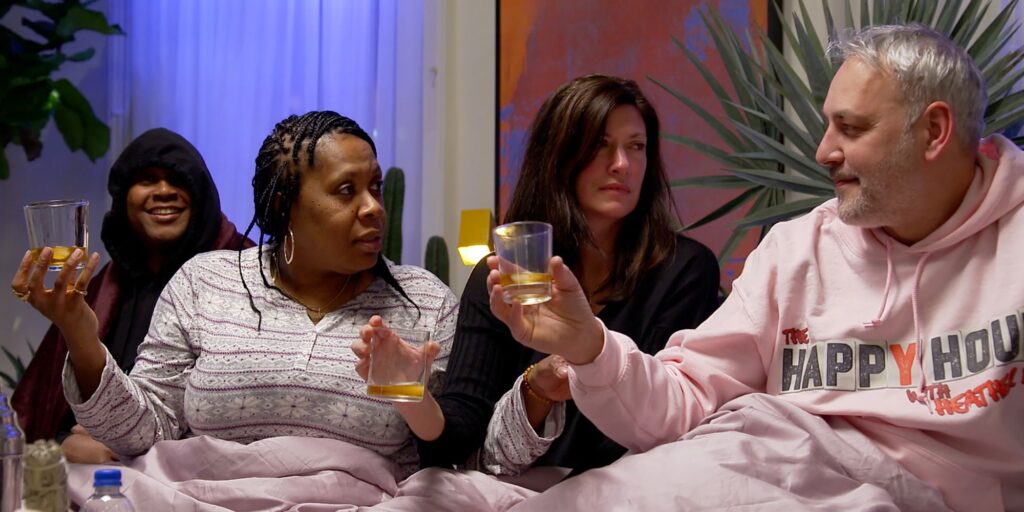 Norman Korpi from The Real World‘s titular season revealed in an Instagram post that he’d be visiting fellow alum, San Francisco cast member Rachel Campos-Duffy, after he was mentioned on her show Fox and Friends. But it was what she said that left fans confused. Their legacy as pioneer cast members bonded the two when the show premiered in May 1992 thirty years ago with Korpi’s New York followed by Los Angeles and onto Campos-Duffy’s San Francisco. The show ran for 33 seasons and produced spin-offs including rival show Road Rules, which fed cast members from both into The Challenge, which is still creating spin-offs. That’s where the Fox pundit met her husband, former Republican U.S. Representative of Wisconsin Sean Duffy, who originally appeared on the Boston season.

Most recently, Korpi returned for another spin-off, The Real World Homecoming: New York on Paramount+, which reunited the original seven strangers in the SoHo loft sans Eric Nies, who contracted Covid-19 prior to filming but still took part remote via video link. Korpi was the shows first LGBTQ+ cast member and his featured storyline in Homecoming involved his life collapsing around him with his former art career out of the picture. The pandemic dried up his assets, which made him lose his apartment and forced him to move back with his parents and get a job at a bakery. The roommates surrounded Korpi with support, allowing him to focus on what he loves most, which is his artwork.

Related: The Real World: San Francisco – Where Are They Now?

On May 9, Korpi took to Instagram with news that May would be “a busy month for posting, so much is going on” upon showing a clip of Campos-Duffy mentioning him on the May 6 episode of her show. In reference to Dave Chappelle’s attack in Los Angeles, she said, “I used to live in Los Angeles and it was a wonderful place to live, it was just not like this by the way and my old roommate, Norm, who, um, a good friend of mine, in the last year, he moved. He moved! He moved to the U.P.! He wanted to get the heck out of…,” her co-host interrupted her to clarify that she means Upper Peninsula of Michigan, “He actually did! He said, you know, the big city crime and he, he didn’t feel safe and he said, ‘I want to live in small town America.'” She reminded her co-hosts that Korpi had previously sent them baked good from his bakery, Rigoni’s.

Campos-Duffy’s story about Korpi leaving Los Angeles is false based on what he told fans in Homecoming. Korpi gave no indication one way or the other if he agreed with her tale, instead focusing on her mention of him and his business endeavors on a national platform. He was grateful for his mention and indicated he would see her later this spring and need to do a follow-up video about Campos-Duffy of a scandalous nature.

While it may seem nice of her to mention his business endeavors on a national platform, their relationship can come across as confusing since he’s a liberal member of the LGBTQ+ community. Her staunch views as a Republican can come off as ignorant previously seen on the show, along with her struggles living with Pedro Zamora, who passed away from AIDS hours after their season concluded. Perhaps there’s unresolved guilt that she’s chosen to work out in a friendship with Korpi. In light of Korpi’s wider cultural influence as an LGBTQ+ icon beyond The Real World and as a friend, it would be considerate if she didn’t use him to push her conservative perspective or agenda, especially when the story is false. Perhaps he can ask her about it later this spring, or does he agree with her and his LGBTQ+ icon status stands in question?