Rambo 2’s Novelization Has The Franchise’s Most Horrific Scene 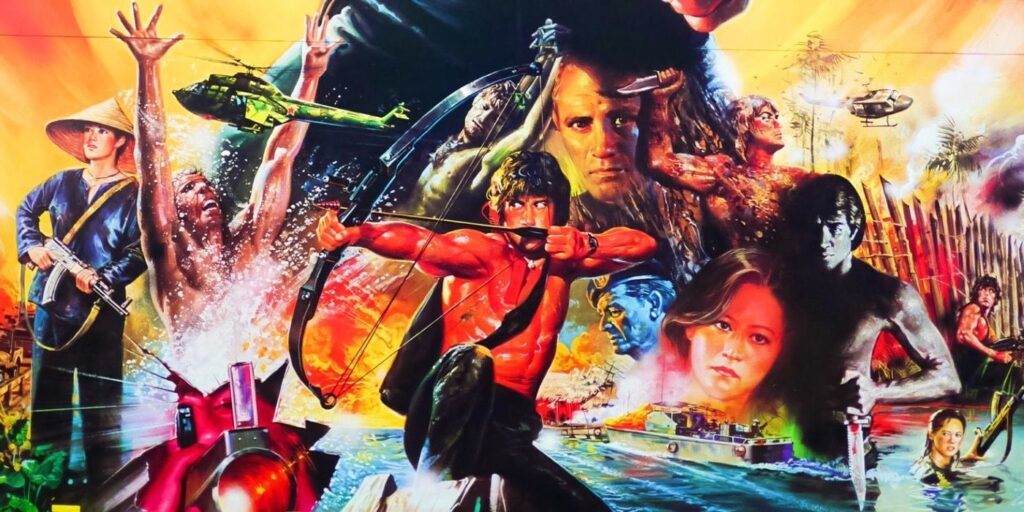 Rambo: First Blood Part II’s novelization fleshed out the movie’s characters, and features one of the most nightmarish passages of the entire franchise. The John Rambo introduced in David Morrell’s 1972 novel First Blood and the one played by Sylvester Stallone in the eventual 1982 movie adaptation are quite different. The Rambo of the book has no problem killing those who got in his way and is a bitter and angry character. While Stallone’s Rambo certainly has those qualities too, the movie sanded off some of the harsher edges to make him more sympathetic.

This was Stallone’s suggestion, as he felt the darkness of the character in First Blood novel would be offputting to audiences. Rambo was also killed at the end of the book by mentor Sam Trautman, but while a version of this ending was filmed for the movie, the character ultimately survived. First Blood’s surprise success launched a franchise, though 1985’s Rambo: First Blood Part II and Rambo III put more of a focus on action than character. Stallone would play the role twice more, signing off with 2019’s bleak Rambo: Last Blood.

Creator David Morrell had sporadic creative involvement with the movie series, and as part of signing off on the rights to his novel, he was the only writer who could be approached about writing novelizations for the franchise. Novelizations were a healthy revenue stream before the advent of VHS and DVD, so producers approached him before the release of Rambo: First Blood Part II – which almost co-starred John Travolta – to pen one. Morrell preferred the screenplay James Cameron wrote for the sequel before Stallone heavily reworked it, so he agreed to write the book on the condition he could make changes. This includes fleshing out character backstories and retaining deleted scenes, like Cameron’s opening where Trautman meets Rambo in an asylum. Morrell also expanded Rambo 2’s “slime pit” scene to become one of the most horrific of the saga.

Around the midway point of Rambo: First Blood Part II, the title character is captured by the Viet Cong as he tries to escape with a POW. Stallone’s Rambo is later seen immersed in a cesspool filled with leeches as a form of torture, and while the scene isn’t pleasant, it’s relatively brief. David Morrell’s Rambo: First Blood Part II instead sought to sell the awfulness of this moment. The book reveals Rambo was once a POW at the camp he was sent to investigate, where Lieutenant Tay was also in charge of his torture. In the book, Rambo is strapped to a rig and slowly lowered into the “slime pit,” though at first, it’s unclear what’s happening. To Rambo, it looks like he’s being lowered toward solid ground – until he notices its subtle simmering.

That’s because it’s a slime pit loaded with leeches, slugs, maggots and other forms of life. Unlike the movie version, the Rambo: First Blood Part II novel really underscores the visceral horror of the moment, emphasizing the smell and texture of the pit. Rambo – who appeared in five movies total – is also totally dunked into it completely, with a slug even making its way up his nostril that he later has to snort out. This whole passage reads like it could have come from a horror novel, and is just one of several ways Morrell added more intensity to the story.