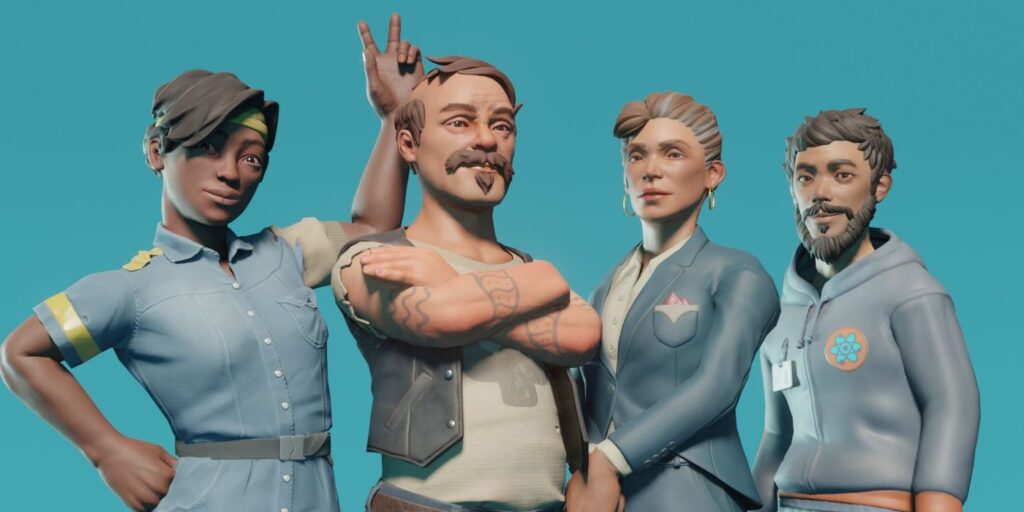 There are a total of six playable characters in Raft, but four of them need to be unlocked first before they can be used. Rouhi and Maya are automatically unlocked for players to choose from at the start of the game. New characters can be found on different islands, so players will need to progress the story and reach new areas. However, players should be aware that not every island will have a character to unlock.

When starting a new game, players will need to go through the tutorial and complete a few tasks before they can travel to any of the islands and work on completing the story. While expanding and working toward getting the Radar crafted in Raft, there may be a few shark attacks, so players should use bait to distract the creature or craft a weapon to fight it off. Once the Radar is built and placed, it can be used to start traveling and finding new characters.

Related: Raft: Where to Find Varuna Point (The Final Chapter)

Every character has multiple outfits to choose from, so even in a large group of people, each player can have a distinct look. The best part about unlocking and switching characters is that it won’t affect inventory at all. Players can swap characters as they unlock them or any time after, and they will keep their inventory from the previous session. Along with Rouhi and Maya, players can unlock Tala, Johnny, Elaine, and Shogo in Raft.

The four new characters can be missed while completing story chapters, but players can return to their respective islands to locate and unlock them. Every hidden character that can be unlocked is on a different island and will become available at certain points in the story. After finding a new character, players can speak to them to learn a little about how they ended up on the island, then that they will automatically be available to use.

Tala: Completing a few early steps, including building a Research Table and crafting the Radar, will lead to the Radio Tower location being identified. After gaining access to the Radio Tower, Tala can be found at the top. Climbing the tower can be a bit of a challenge, but after reaching the top, players can speak to Tala and unlock this new character.Johnny: In the first chapter, players can head to Balboa where there are three Relay Stations. At the northern end of the island, Relay Station #6 can be found, and Johnny is located at the top.Elaine: After completing the story for Tangaroa, Elaine can be found in the part of the tower that gets launched into the water. When the dome is in the water, players can climb up and drop in through the small opening at the top of the ladder. Elaine will be strapped to one of the chairs, and speaking to her will recruit her.Shogo: The sixth and last playable character, Shogo, will be available in chapter three when players find Temperance in Raft. From the Observatory, players can go to the Selene Research Facility and access the Reactor Room. Shogo will be in the room past the narrow hall. Players can recruit Shogo by interacting with the computer on the left, then speaking to him when he drops down.

Next: How to Place Floating Floors in Raft

Raft is available for PC and Linux.