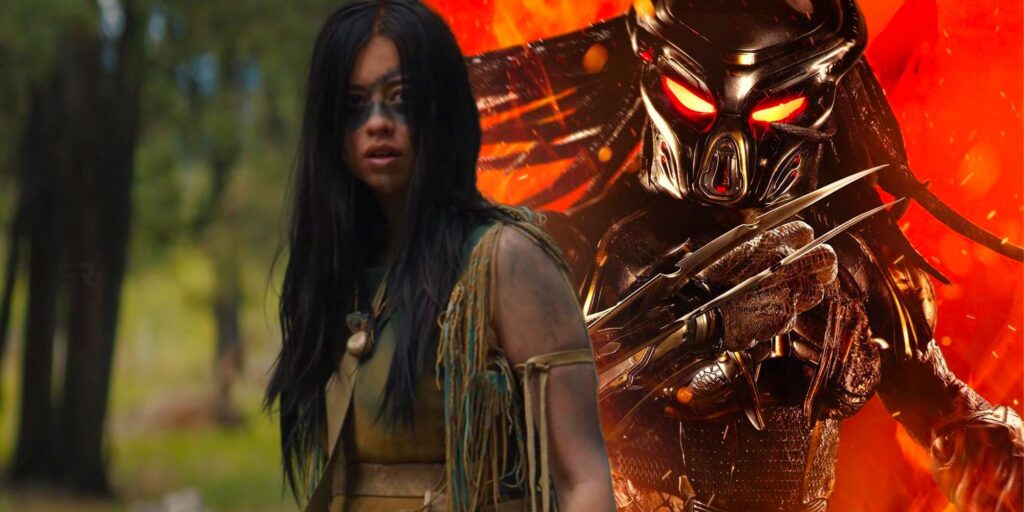 The Predator franchise could continue expanding after Prey is released on Hulu next month, according to director Dan Trachtenberg. Prey is the latest addition to the Predator series, which began back in 1987 when Arnold Schwarzenegger’s action movie hit theaters. Since then, the franchise has struggled to find its footing, with Predator 2, Predators, The Predator, and the Alien vs. Predator crossovers failing to impress audiences. Despite the franchise not having a lot of success in 35 years, Trachtenberg will attempt to reboot the horror series with Prey.

After 2018’s The Predator received lackluster reviews, it was believed the franchise might finally be dead. That seemed even more likely after Disney acquired 20th Century Fox since the studio is mostly known for producing family-friendly movies. While there had been rumblings of Predator 5 for a few years, Disney confirmed in November 2021 that the 10 Cloverfield Lane director would be helming the prequel. Prey is set 300 years ago and centers around the Comanche Nation and a warrior named Naru (Amber Midthunder). Prey will still likely feature plenty of elements fans love about the Predator franchise, but the prequel film is shaping up to be entirely different from past films.

Related: Prey Can Finally Answer A Predator Mystery 30 Years On

As the release date for Prey is nearing, Trachtenberg is hinting at what could be in store next for the intergalactic hunter. In an interview with Time Out, the director confirmed that they do have ideas for the series’ future but didn’t confirm whether they will ever become a reality. Trachtenberg elaborated saying that “the boldest swings” at the Predator franchise are what excites him the most. Check out his full comment below:

There are a lot of exciting ideas for what could be next for the franchise. The things that most excite me are the boldest swings and I think there’s scope to do other things that haven’t been done before.

Trachtenberg’s comments about doing something different clearly explain the creative choices behind Prey. Out of all the Predator sequels, 2010’s Predators is often considered the most unique since it took its characters off-world to an alien planet. While Prey still takes place on Earth, having it take place in the 18th century is certainly a unique idea to give the franchise a soft reboot. Should Prey connect with audiences, Trachtenberg’s storyline could be expanded, but if it fails to make an impact, the Predator series could continue in a completely different direction.

Even though 20th Century Studios has released a few Prey trailers and images, there is still a lot of mystery surrounding the story. For that reason, it’s hard to say if Prey has the potential for a sequel. Prey 2 will of course depend on the success of the upcoming prequel, and it will also likely be a deciding factor on how Disney approaches future Predator movies. Releasing Prey on Hulu indicates they may not be incredibly confident in the film, but that could simply be because of the franchise’s past performance with audiences. Regardless, fans won’t have to wait too much longer to see how Prey stacks up to the other movies in the Predator series.

Share. Facebook Twitter Pinterest LinkedIn Tumblr WhatsApp Email
Previous ArticleThe Princess Review: Action Revamp Of Classic Fairy Tale Is A Bloody Good Time
Next Article This is the one Netflix movie you should stream this weekend