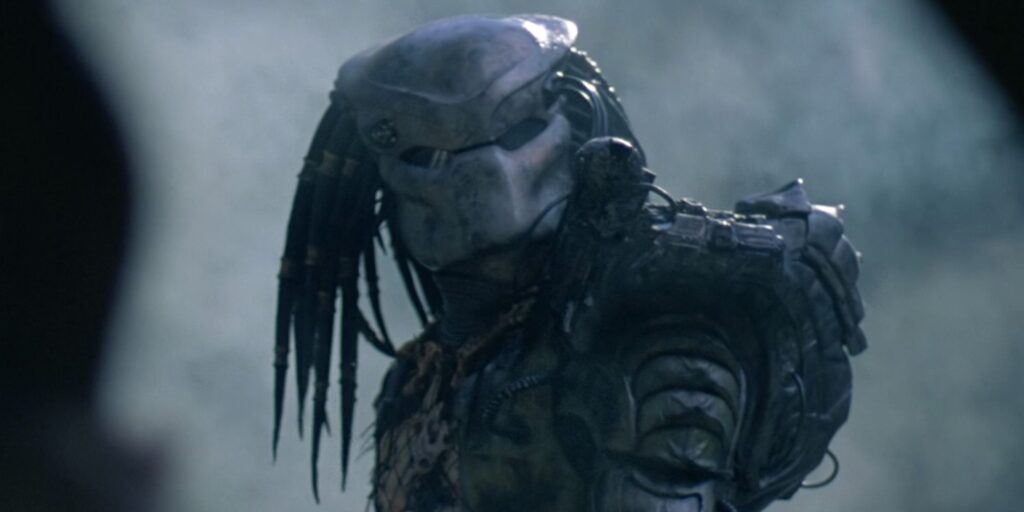 Dan Trachtenberg’s Prey, the fifth core installment of the Predator franchise, has skipped the big screen and gone straight to Hulu. It’s a wonderful addition to the streamer’s underrated selection of originals and stands as one of their most high-profile releases to date.

Its reputation will only grow, as there’s little doubt that Prey is the most cohesive, story-driven installment of the franchise since the original film, and it is a more than worthy addition to the series’ overall continuity. In fact, the movie is so good that viewers might be itching for more once the credits roll. And, while Prey 2 isn’t official (yet), there are other worthy cinematic endeavors to pair with the gorgeously-shot Hulu prequel.

Prey marks the fifth entry in the Predator franchise. Before taking in any Predator sequel, it’s natural to take in the first. Furthermore, it looks like Prey will heavily feature the one-on-one nature of the original film’s third act, making it an even better companion piece to the 1987 classic than 2010’s Robert Rodriguez-produced Predators.

John McTiernan (Die Hard), Arnold Schwarzenegger, and Kevin Peter Hall (as the titular alien) were a match made in late ’80s heaven, resulting in one of Hollywood’s great genre-blending action movies. The film went through some changes during its production, including what was initially a very different-looking antagonist (played by Jean-Claude Van Damme). The end result is wildly rewatchable, and a favorite of movie fans across the globe.

Director Dan Trachtenberg doesn’t have many projects under his belt, but it’s stone-cold obvious he’s the master of the unconventional franchise continuation. Prey is only his second feature film, and just as no one expected a Predator prequel set in the 1700s, no one expected 10 Cloverfield Lane to end up being what it was: a Cloverfield sequel.

For a debut film, 10 Cloverfield Lane‘s quality is just as surprising as its unexpected title reveal, and it alone is reason enough to make it obvious why Trachtenberg was hired to helm the debut episode of Amazon Prime’s The Boys.

Widely viewed as one of the best horror movies of the 2000s, The Descent pits a group of female spelunkers against horrifying and mysterious cave-dwelling creatures. As brilliantly shot as it is written, Neil Marshall’s sophomore feature is even better than his excellent debut: Dog Soldiers.

The Descent is Prey without any semblance of sunlight for the protagonists (until there’s just one) to take solace in. Furthermore, the beasts in Descent don’t travel solo, unlike the typical modus operandi of the Yautja. If anything, The Descent is more intense than Prey, or even Predator for that matter, and would make for an excellent triple feature alongside those two franchise films.

Of the theatrical Predator sequels (thus far), Predators is the strongest. The film feels more like a continuation of McTiernan’s original that the enjoyable but divisive Predator 2. The film has its flaws, e.g. a miscast or two and a waste of Danny Trejo, but some of its twists and turns resonated.

Moving the action away from Earth works well, as does the core concept of the Predators selecting the planet’s most combat-proficient humans and dropping them into a hunting preserve filled with some of the nastiest and most memorable Yautja (the franchise’s titular alien hunter) yet. However, it’s not just the raised stakes that work towards making the sequel one of the series’ strongest, as it’s also bolstered by memorable supporting performances from Walton Goggins and Mahershala Ali.

In Prey, the Comanche are the protagonists. In Bone Tomahawk, the Native Americans (not Comanche, but rather a shunned, inbred, cannibalistic tribe) are the especially deadly antagonists.

Like just about every installment in the Predator franchise, Bone Tomahawk is gruesome stuff, but it arguably has even the best of the franchise (the original) beat, because Tomahawk‘s characters are three-dimensional and, when they do die, the audience can nearly feel their pain.

The Magnificent Seven are viewed as a more competent group than the light in which Prey‘s lead character, Naru, is viewed, but both she and the Seven are still the underdogs. Prey is a David vs. Goliath situation, and The Magnificent Seven could arguably be seen as an extension of that concept. They’re experienced gunslingers with experience under their belt, but like Naru, they still have something to prove.

Furthermore, like Naru, the Seven engage in violence for the right reason: to protect others. Prey‘s lead character has an ax to grind when it comes to being seen as an equal, sure, but there’s little doubt she’s the heart, soul, and protector of her tribe. The Magnificent Seven have no tribe, but they know what’s right.

David Mackenzie’s Hell or High Water hit screens with a script by the astounding Taylor Sheridan, the penman of Yellowstone and Sicario. However, High Water arguably has even more in common with Sheridan’s directorial debut: Wind River.

Like Prey, Hell or High Water and Wind River are “action” (skewing more towards crime) films with a Native American influence. A lot of it has to do with the locations, with both High Water‘s West Texas and Wind River‘s Wyoming Indian Reservation settings serving as fairly comparable to the Predator prequel’s Comanche Nation.

Like Ms. Midthunder in Prey, Kaya Scodelario gives a wrecking ball of a performance in Crawl. The film finds her pinned against a teeth-gnashing force beyond her control and out of her league, but she’s a survivor, and in that hook, Crawl and Prey have a lot in common.

In essence, Crawl is woman vs. nature, nothing more and nothing less. In that lies its visceral, close-cornered appeal, the same of which could be said of Prey (though with a jungle instead of close corners).

Prey is going to make Amber Midthunder a star, as it’s the exact type of project (and performance) that can hold that sort of potential. She makes it obvious that she can carry a film’s narrative convincingly, even if she’s often left solo.

Midthunder delivers arguably the best performance in the Predator film to date, but it wasn’t the first time audience members got a hint that she was destined for the A-list. Namely, the relatively big Liam Neeson film The Ice Road, which is just one of many action-driven pictures in the actor’s late career, but it rises above the others (save for perhaps Cold Pursuit) thanks to well-drawn characters and a setting that’s just as compelling as its plot.

Like Prey‘s Trachtenberg, Antlers‘ Scott Cooper is very clearly as adept in art cinema as he is in genre pieces. The difference is that Cooper has already delved into that more reputable world (e.g. via Out of the Furnace) while Trachtenberg most likely has it on the horizon. Antlers feels almost like a testing ground of sorts for Cooper, a modestly budgeted genre effort that strives for atmosphere over scares.

While the feel of the film (shot in British Columbia) is genuinely astounding, it’s awful short on real terror. Even with sterling lead performances from Keri Russell and Jesse Plemons, there’s very little to differentiate Cooper’s Wendigo film from other creature features. Even still, it’s an interesting diversion that, like Prey, sheds light on a mysterious, deadly, legendary beast with massive killing potential.

NEXT: 10 Best New Movies To Watch On Hulu This Month