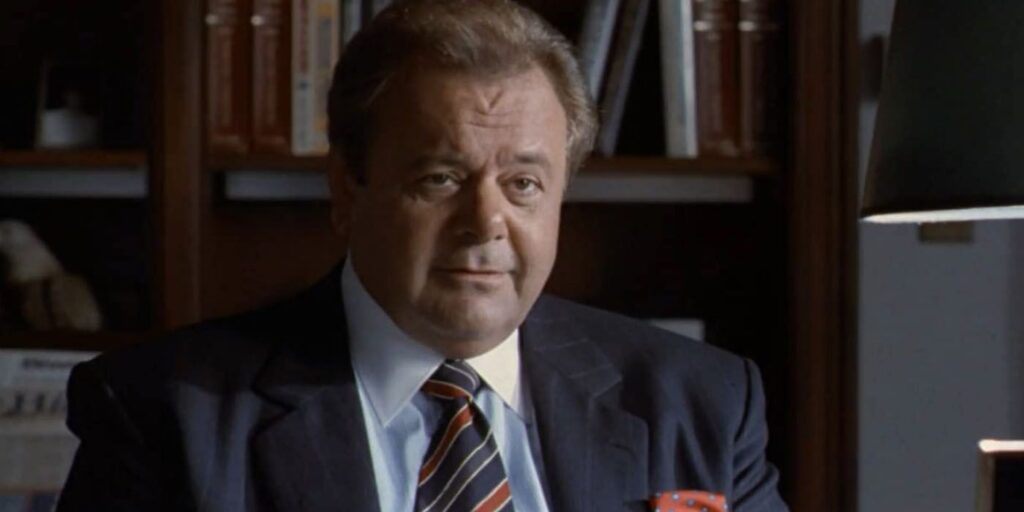 Content Warning: The following article contains depictions/discussions of suicide and drug use.

On July 25th 2022, Hollywood lost one of its finest actors. Paul Sorvino was a beloved figure on both the big and small screen. Often associated with his work as gangster types, no doubt because of his work with Martin Scorcese, Sorvino’s intimidating on-screen presence made him an acting force to be reckoned with.

However, he wasn’t strictly limited to such roles. Sorvino was incredibly versatile, lending his talents to any project where he could bring life to the character. Rotten Tomatoes identifies his greatest movies that are worth a rewatch in honor of the great actor.

Starring Hollywood legend Warren Beatty in the lead role, Bulworth is a dark comedy with a truly original premise. A suicidal politician contracts an assassination hit on his own life and then decides to do away with platitudes and rhetoric, instead talking bluntly with voters.

Related: 10 Best Dark Comedies To Stream On Netflix, Ranked According To IMDb

Sorvino appears as Graham Crockett and holds his own against the main players, all of whom do a great job in their own right. Despite not having the billing of Beatty, Sorvino’s character is crucial to the success of the film’s message. In spite of its absurdities, Bulworth is a biting political satire, and it’s the perfect watch for fans of politically-tinged comedies.

Starring the always terrific William H. Macy, who makes audiences squirm in the hit series Shameless, The Cooler follows the top jinx in a Vegas casino, whose job it is to make players lose. When he falls in love, however, his skills start to disappear, and his boss isn’t happy about it.

The Cooler is a great movie, one that shares a lot of similarities with the work of director Martin Scorcese. Despite his rather brief appearance, Sorvino displays his dramatic chops in many of the emotional scenes of the film, delivering a great performance worthy of his peers. For those interested in the Vegas casinos, and the work of Scorcese, it is worth a watch.

Starring the late great James Caan as its titular character, The Gambler follows a professor of literature who loses all his money to his gambling addiction. He scrounges, borrowing from everyone he loves, but he cannot resist the urge to risk it all for a thrill.

With two legends of cinema in the leading roles, The Gambler is a stylish 70s drama, bolstered by exceptional performances, from Sorvino as well as Caan. The story remains timeless, so much so that a successful (but no doubt inferior) remake was released in 2014.

Starring Al Pacino in the leading role, The Panic In Needle Park is Paul Sorvino’s second movie acting credit. It follows a group of young people, all of whom are heroin addicts, who frequent ‘Needle Park’ (Sherman Square) in New York City.

Controversial for its realistic depictions of drug use and violence, The Panic In Needle Park pushes boundaries (and buttons) in the best possible way. The performances are all top class, even from an up-and-coming Sorvino, who makes a brief but impactful appearance as Samuels.

A made-for-TV movie boasting an all-star cast, Cheaters is much better than it has any right to be. The movie follows a group of students who, along with the help of their teacher, plan to cheat in an academic competition.

Related: 10 Best Made-For-TV Movies Of All Time, According To IMDb

Sorvino stars as Constantine Kiamos, the man who appoints the teacher with the challenge of coaching the academic team and remains oblivious to his new plans. It’s a great performance, one that will have audiences begging he never finds out. Cheaters is delightfully rebellious, and kids are bound to love it.

Paul Sorvino makes his big-screen debut in Where’s Poppa?, a dark comedy starring George Segal and Ruth Gordon. The movie follows an attorney who meets a girl and falls in love, but fears that his mother will dissuade the girl. As a result, he devises a plot to kill her.

A pitch-black comedy of the finest order, Where’s Poppa? is full of acting veterans at their best. Sorvino stars as the owner of a residential home, and, even in his debut, manages to compete with masters of the craft. The humor is absurd and deeply cynical, which works with the worrisome but despicable nature of Segal’s neurotic attorney.

Reuniting George Segal and Paul Sorvino, A Touch Of Class is a romantic comedy about a secret tryst between Segal’s Steve Blackburn and his lover, Vickie Allessio (Glenda Jackson). However, things don’t run so smoothly for the pair, as back problems and parenthood get in the way of their affair.

Sorvino appears as Walter Menkes, who is brilliant as he tries to figure out the problems in his own relationships. His comedic musings are bolstered by an intelligent script, written by Melvin Frank. A sharp romantic comedy about forbidden love and the challenges that come with it, A Touch Of Class is a great choice for fans of less shallow romance movies.

A sprawling epic again reuniting Sorvino with Beatty, Reds follows the intimate story of an American journalist who journeys to Russia to report on the Bolsheviks, only to return a revolutionary. Ultimately, his politics cause rifts in his interpersonal relationships, and he must decide what is more important.

Sorvino appears as Louis C. Fraina, a founding member of the U.S. Communist Party, and plays his part with dignity and respect. What could have come across as parody, or insulting, is instead deeply human. At a colossal 3hrs 15mins in length, Reds is by no means an easy watch, but it is one of the great movies about journalism, and it has a place in movie history among the all-time greats.

The definitive Scorcese movie, Goodfellas follows Henry Hill (the late Ray Liotta), a young man who wants to be a gangster, as he works to move up the ranks and build his reputation, unaware of the pain he causes while he enjoys a life of luxury.

Sorvino stars as Paul Cicero and fans will no doubt recognize him from the famous prison cooking scene, in which Cicero chops the onions. While he’s not the main player, he lends his support to make a great movie a masterpiece. A classic of American cinema, Goodfellas is a must-watch for any and all movie fans.

While not well-known amongst general audiences, Alleluia! The Devil’s Carnival has steadily grown to be a cult classic. The plot follows Lucifer as he sets in motion a dangerous plot against the Heavens. As a result, Hell – quite literally – breaks loose.

A madcap musical of epic proportions, the movie is unabashedly insane, and it’s glorious. Sorvino stars as God, and his booming presence makes his appearance ridiculously memorable. It’s full of wildly inventive songs to get the toes tapping, and the set design is maximalist in the best possible way. For fans of Rocky Horror Picture Show, this is the next best thing.

Next: Which Cult Classic Movie Should You Watch, Based On Your Zodiac?