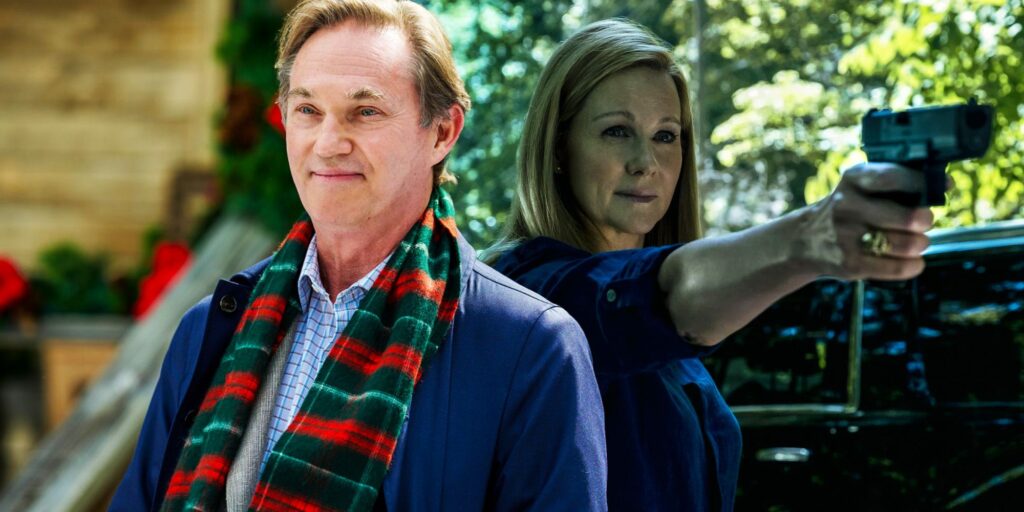 Warning! Spoilers ahead for Ozark season 4!

Wendy’s father’s prominence in Ozark season 4 has finally explained the Byrde matriarch’s darkly villainous turn in the series. The Emmy-award-winning show released its final seven episodes on April 29th, with The Walton’s Richard Thomas playing Wendy Byrde’s heavily religious and duplicitous father, Nathan Davis. By the Ozark series finale, it is not hard to see what made Wendy into the ruthless and deceptive person she is, considering where her life began under the care of Nathan.

Beginning the series as something of an accessory to Marty’s story, Wendy Byrde’s role in Ozark has grown exponentially throughout the show’s four seasons, as has her ambition and ruthlessness. By Ozark season 4, Wendy’s (Laura Linney) character knows no bounds, lying, cheating, stealing, and murdering in every direction. And while Ozark season 4 is heavily populated by villains (Wendy, arguably chief among them), the series also reveals another villain in season 4, though, like Wendy, the truth of his nature is hard-won. Nathan, Wendy’s father, comes to town with his entire church in tow to find Wendy’s long-lost (but secretly dead) brother, Ben (Tom Pelphrey). After a lengthy investigation, Nathan discovers that Ben will never be found and takes custody of Wendy’s children instead under the guise of righteousness.

It is only after Marty enlists Ruth’s help in Ozark season 4 that Nathan’s true motives are revealed: he is taking Charlotte and Jonah to get back at Wendy. The irony here is that Nathan seeks revenge on Wendy for being exactly like him. As a result, it is through Wendy’s father, Nathan, that Wendy’s character is finally explained.

Like Wendy frequently hides behind her roles as politician, wife, and mother, so too does Nathan hide his true nature. Presenting himself as a sober, church-going man and concerned father, Nathan is an alcoholic that has spent his life abusing his children, especially Wendy. When he arrives with his congregation to search for Ben, Wendy accuses him of using Ben’s disappearance to further himself within his church. Later in Ozark season 4, Wendy also claims that he is only pursuing custody of Charlotte and Jonah to get back at her. She also uncovers his persistent alcoholism and reminds him of his adultery and abuse throughout her childhood. Wendy sees her father, Nathan, for who he really is, and she appears to be the only one that does so.

However, through Wendy’s innate understanding of her father, she also reveals the worst parts of herself. This leads to a juxtaposition between Wendy’s character’s ire being justified by Nathan’s actions when raising her and Wendy’s own hypocrisy in condemning her father. The complexity of the pair’s frosty relationship is exemplified best in Ozark, season 4, part 2, when Wendy finally relinquishes her control over her children and accepts their dissent from a life of crime, only to be thrilled by their seemingly murderous turn in the final scene of the series. Thus, Wendy’s legacy on Ozark is of both the tree and the apple that falls near it – with her father being the character to finally explain why she became one of the biggest villains of the series.

Next: Ozark Series Finale’s Bobcat Easter Egg Is A Clever Nod To Season 1

All episodes of Ozark are available on Netflix.