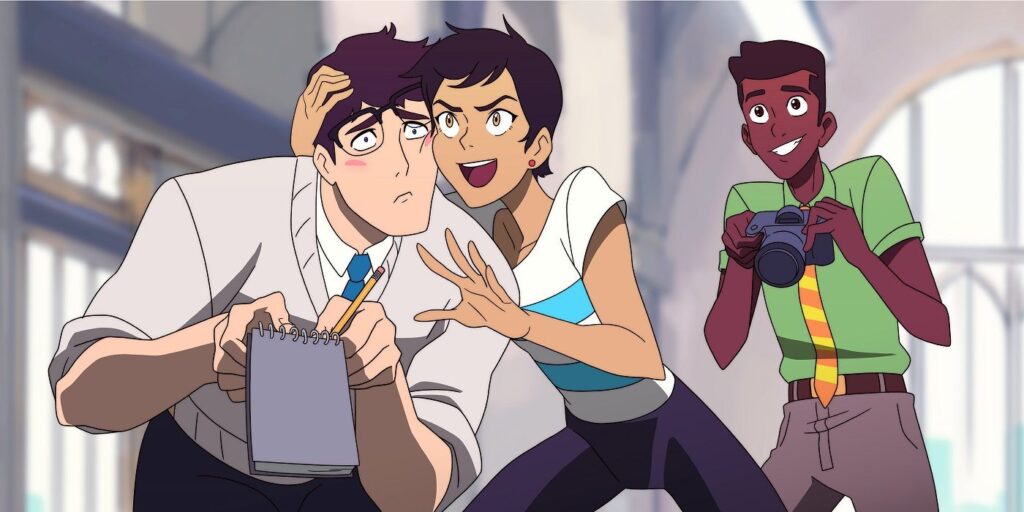 The upcoming Superman animated show, My Adventures with Superman, is still safe amid all of Warner Bros. Discovery’s cancellations, confirms producer. 2022 has been a big shake-up for the DC TV shows and the films. On The CW, the network canceled both Batwoman, Legends of Tomorrow, and the latest entry in the DC TV library, Naomi. In early August, Warner Bros. Discovery axed the upcoming Batgirl movie with Leslie Grace, despite principal photography had already wrapped in March. Kevin Smith has also confirmed that DC’s Strange Adventures series has been canceled as well, as he had penned an episode of the HBO Max anthology.

With all the shake-ups taking place at Warner Bros. Discovery, it has, for understandable reasons, raised a lot of concerns for DC fans. Whether it be live-action movies or TV shows to the world of animation, many are now wondering if previously announced DC titles will even still happen on their respective platforms. In the world of animation, Warner Bros. Animation announced last year that Superman is returning to the small screen in the form of a new animated series titled My Adventures with Superman. The show received a 2-season order from Cartoon Network and HBO Max, but little news has emerged since then.

Despite the lack of following announcements for over a year, My Adventures with Superman is still going forward with its 2-season order. One of the producers, Josie Campbell, was recently asked at Reddit during a Q&A for her comic work, and was asked if My Adventures with Superman is still happening. Campbell reassured the fan that not only is the DC animated series coming, but that it will be arriving sometime in 2023, sharing the following:

“I’m glad you liked it! Back in 2021 DC Comics had brought me and a couple of other animation TV writers in to chat with them about pitching and writing stories for upcoming books and anthologies; after that I pitched them the Teen Lantern/Mogo story that became part of the “Future State: Green Lantern” comic. DC liked it so much they kept bringing me back to pitch things, and then our wonderful editor Brittany reached out to me to ask if I was interested in writing something with Mary. I screamed “OH MY GOD YES!!!!!” and we went from there. And as an aside, yes, My Adventures With Superman is still slated to come out next year on Cartoon Network and the app! Get ready! ~Josie”

My Adventures with Superman is set to follow twenty-something Clark Kent and Lois Lane as they live their lives as busy reporters at the Daily Planet. The animated Superman reboot will serve as an origin story for Clark as he begins to build his Superman identity while trying to live a dual life. The Cartoon Network/HBO Max-produced series will star The Boys’ Jack Quaid as the latest take on the Man of Steel while Alice Lee will voice Lois. My Adventures with Superman was announced together with Batman: Caped Crusader, which comes from J.J. Abrams, Matt Reeves, and Bruce Timm. While Batman: Caped Crusader will have a similar airing as My Adventures with Superman, barely any details have emerged about that show for a while.

Given the news that HBO Max and Discovery Plus will be merged into one shared streaming service in summer 2023, the concern for something like My Adventures with Superman is valid. With so many shake-ups that will likely come with more cancellations aside from Grace’s Batgirl movie, having fans inquire from creators if their previously announced project is even happening makes sense. Hopefully, as the year progresses, some footage for My Adventures with Superman will emerge in the coming months to help hype up its 2023 arrival.