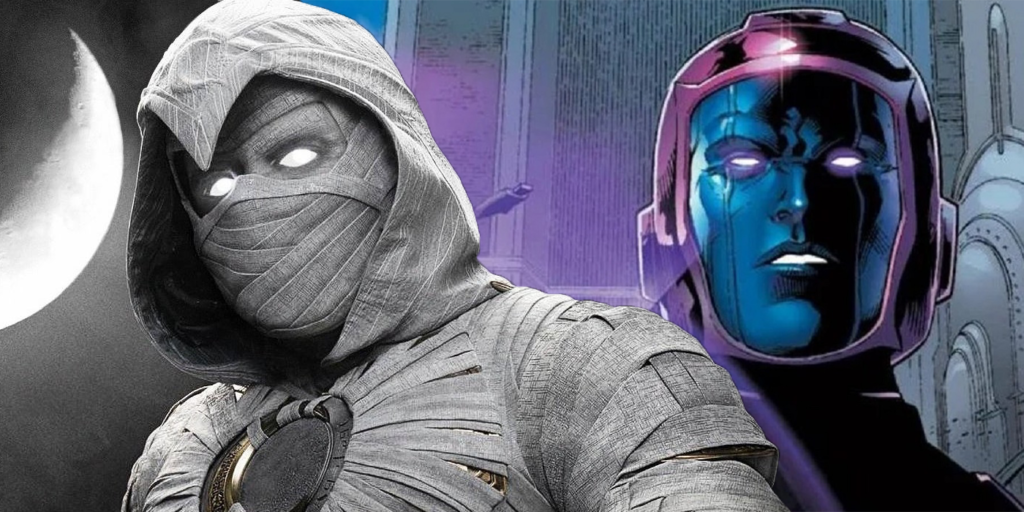 Moon Knight‘s creative team ignored what the MCU’s core audience relishes most about Marvel projects by cutting a Kang the Conqueror reference that would have unobtrusively connected the series to the greater MCU. Marvel Studios’ sixth Disney+ series introduced two exemplary characters – the complex new superhero, Marc Spector/Steven Grant/Moon Knight, and the first Egyptian superhero, Layla El-Faouly/Scarlet Scarab. Its deep character-focused storylines significantly enhanced Moon Knight, but it felt entirely disconnected from the MCU. While the series benefitted from a lack of superfluous cameos, interwoven Easter eggs or references might have strengthened its impact.

Loki‘s season 1 finale introduced audiences to Jonathan Major’s character, He Who Remains. The character’s ominous warning of a multiversal war and the release of his other “less pure of heart” variants insinuated the series would have a wide-reaching impact on Phase 4 and beyond. When He Who Remains told Loki and Sylvie, “I’ve been dubbed by many names. A ruler, a conqueror…” it revealed two possible variants that could appear. The “conqueror” he refers to is the evil villain Kang the Conqueror, who will appear in Ant-Man and the Wasp: Quantumania. The “ruler” is a variant known as Pharaoh Rama-Tut, who was expected to be referenced in the Egyptian history-soaked Disney+ series Moon Knight.

Moon Knight’s decision not to reference Rama-Tut weakens both Moon Knight’s and Loki’s overall impact and their contribution to the worldbuilding of the Marvel Cinematic Universe. During a recent interview, writer and executive producer Jeremy Slater confirmed a line referencing the Kang the Conqueror variant was intended to be in Moon Knight: “While Steven is rattling off some Egyptian history…he did mention Rama-Tut.” However, this line of dialogue was cut during editing, which is a shame. A predominant reason that audiences are so invested in the MCU is due to how interconnected all the projects are and its grand-scale worldbuilding. The potential of one project affecting the next gives each movie and TV show even more weight and emotional impact. While Moon Knight was a great character story and still thrived even without any references, it felt rather pointless in regard to the lack of effect it had on the greater MCU. If they had left Steven’s quick reference to Rama-Tut, a.k.a. Kang the Conquerer, in the series, it would have confirmed the greater MCU impact of Loki’s finale while also connecting Moon Knight to the larger world.

Other than WandaVision, Phase 4 projects have largely felt disconnected from the greater MCU. Shows and movies might mention characters or events from one project to the next, but they lack cause and effect ramifications. The result is that Phase 4 has felt a bit like a creative free-for-all. Marvel Studios is throwing everything at the wall to see what sticks without actually connecting anything. Considering more than half of Moon Knight took place in Egypt, not mentioning Pharaoh Rama-Tut is a bewildering wasted opportunity. Ever since Loki’s finale, there have been no whispers of any Kang variants and the events of Loki seemingly have not affected any of the multiversal projects. While the finale insinuated the show would have far-reaching consequences on Phase 4 and beyond, the lack of references with each passing project makes the Loki series feel more and more insignificant.

While Rama-Tut not being included in an Egyptian-oriented project was bizarre, not including a multiversal threat like Kang the Conqueror in Doctor Strange in the Multiverse of Madness was maddening. Not only did Loki not affect the multiverse movie, but neither did Spider-Man: No Way Home. The events of the Spider-Man movie might have been mentioned in an off-hand comment, but there were no cause and effect consequences to Dr. Strange’s multiversal mishap. It continues Phase 4’s problems of projects being wholly disconnected from one another despite Marvel Studios having hyped up the multiversal aspect and giant impact on the MCU. And now, Moon Knight missed an easy opportunity to subtly tie parts of everything together. Mesmerizing visuals and jaw-dropping cameos will not distract core audiences from the MCU’s crumbling interconnected world-building, but hopefully, the MCU will get back on course.

Next: How Kang Is Different From Thanos (& What It Means For Avengers 5)