MCU: 10 Memes That Perfectly Sum Up Nick Fury As A Character 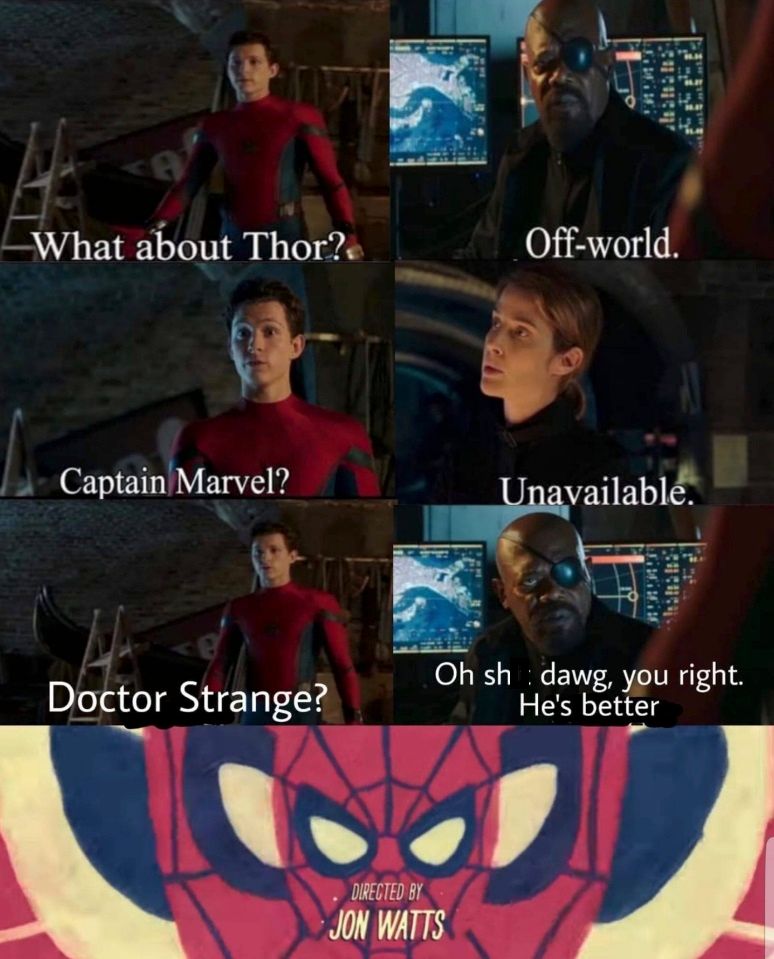 Even though Thor: Love and Thunder might not feature an appearance by the great Nick Fury, there is no question that he is one of the best characters to have appeared in the MCU. This is all the more extraordinary given that he is often a secondary character, someone who only appears to draw together the Avengers or to assign them a mission.

However, he still exerts a powerful pull, in no small part due to the dynamic acting of Samuel L. Jackson. There are, moreover, a number of very funny memes that do a great job of summing up his personality and role in the MCU.

There are many powerful characters in the MCU and, while he may not have superpowers, there is no question that Nick Fury is one of most influential major players in the Marvel universe. As this meme brilliantly points out, he is not someone who is going to just stand by and let someone insult him without having something to say about it.

In fact, he has a bit of a temper, and those who are foolish enough to challenge him, or to imply that he is in any way one of the weakest of the Avengers, would definitely not fare very well.

In many ways, Nick Fury is the heart and soul of the Avengers. He is not shy about telling them what he thinks they need to know, often in very brusque–and sometimes downright rude–terms. This meme, however, points out that this isn’t the case with his relationship with Captain Marvel, with whom he seems to have an especially close–and more tender–relationship.

It’s a good reminder that, beneath his often brusque and abrupt demeanor, there is a softer side to Nick Fury, even if he doesn’t like to show it to the world very often.

Few things define Nick Fury more than his signature eyepatch. It gives him a formidable aura, and it makes sure that everyone knows he is not someone to be trifled with. This meme has a little bit of fun with that, using it to showcase how there is some inconsistency as to which eye, exactly, Nick Fury is covering up.

Given how powerful he is as a character, however, it would be very much in keeping with his personality if he did literally choose which eye he was going to use each and every day.

There are many reasons that Nick Fury is one of Samuel L. Jackson’s best roles, but one of the most significant is that he has a sense of humor. In particular, the movies in the franchise have fun with the fact that Nick lost his eye in his experience with a cat.

Of course, what makes this meme especially hilarious is that it is itself a spoof on the well-established meme of a woman yelling at a cat. In this case, the meme also showcases the extent to which Nick still bears emotional and physical scars from his encounter.

Nick Fury is one of the smartest characters in the MCU. He is the type of person who can always cut to the heart of the matter, without letting sentiment or emotion cloud his judgment.

This meme, which imagines a conversation between Spider-Man and Nick Fury, shows Fury being willing to abandon Spider-Man for Strange. And, given just how much power Strange has, it would make sense that Fury would jettison the relatively untried and untrained Peter Parker for the exceptional abilities of Stephen Strange.

Deadpool is a bit of an outlier when it comes to comic book movies, in that it features quite a lot of adult language. In fact, there is an edge to this movie that is very much suited to the type of star persona that Samuel L. Jackson has spent so much of his career cultivating.

As this meme makes clear, it’s easy to see why Nick Fury would be quite excited to appear in such a movie, in that it would allow him to truly unleash himself in a way that he typically isn’t allowed to do in the more family-friendly movies of the mainline MCU.

Because he is one of the most important members of the MCU, Nick Fury isn’t always the best at determining when he should show a moment of vulnerability. And, the fact that he has the ability to summon Captain Marvel but doesn’t do so–despite the many emergencies that arise during the course of the events in earlier phases of the MCU–shows just how far he is willing to go before admitting that he needs help.

It is actually only when he is facing disintegration that he finally admits that he might need assistance from another power.

One of the enduring conceits of the MCU is its willingness to bring back characters who have supposedly died (even though some truly dead characters are very much missed). Nick Fury is among the characters who has “died” several times, only to repeatedly return.

This meme brilliantly points out the extent to which Nick Fury almost seems to take a certain kind of pleasure in repeatedly thwarting the expectations that people have of him. In fact, he thrives on his ability to repeatedly cheat death, and it’s become impossible to imagine him ever actually dying.

Nick Fury is the type of person who really doesn’t want to ask others for assistance. In many ways, this makes sense, since he is someone who has always had to bear the burden of knowledge and of knowing the threats the world faces.

This meme points out the limitations of Nick Fury’s particular understanding of what constitutes an emergency. In fact, it’s hard not to wonder how the MCU might have turned out differently if Fury hadn’t been somewhat misled by his own pride and stubbornness.

Nick Fury is the type of person who will always do what he thinks is for the best, even if it sometimes means hurting other people’s feelings. As this meme points out, this extends to his willingness to not give someone an assignment, even though they might appear on paper to be the best person for the job.

While this might not endear him to everyone, he nevertheless deserves credit for being willing to put the well-being of the whole above the emotional desires of any one individual.

NEXT: 10 MCU Villains, Ranked By How Evil Their Plans Were