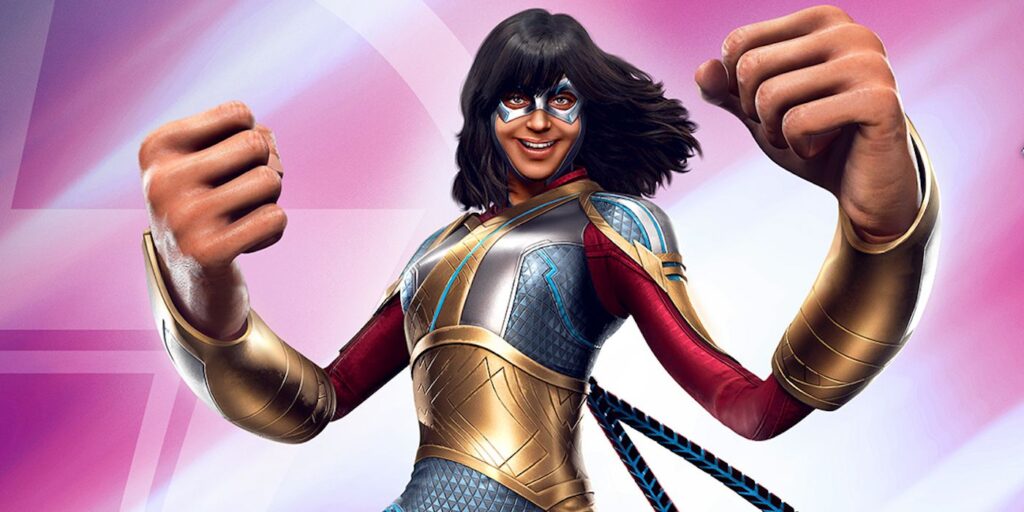 While it has been criticized for its microtransactions and lack of quality content, Marvel’s Avengers has also been praised for its single-player storyline and cast of unique heroes. Each of the Avengers has a unique playstyle, with Iron Man flying around to attack foes from afar, the Hulk leaping into action to throw enemies around and Black Widow sneaking across the battlefield. Marvel’s Avengers also boasts an ever-expanding lineup of cosmetics, allowing players to purchase skins inspired by Marvel Comics history and the Marvel Cinematic Universe. Recently Marvel’s Avengers added Iron Man’s Civil War armor, which recreates Stark’s iconic armor from the third Captain America film.

As revealed by Marvel’s Avengers via Twitter, an impending update will add the Magnificent Ms. Marvel Outfit to the game’s Marketplace. The design is directly based on Magnificent Ms. Marvel Vol. 1 #5, a 2019 issue of the Inhuman hero’s solo series that sees her journey into space. The exciting story sees Kamala obtain an armored suit made of ancient Kree nanotech, granting her enhanced defenses without compromising her agility. The unique metallic design is translated perfectly into Marvel’s Avengers, giving Kamala a fashionable and functional new appearance. This comic-inspired suit will be available in the game’s Marketplace on May 26, arriving right alongside the 2.4 update.

New cosmetics are always an exciting addition to the game’s colorful closet, but some fans still feel that the end of Marvel’s Avengers is rapidly approaching. Following a period of silence from Crystal Dynamics, publisher Square Enix recently sold the Marvel’s Avengers developer to holding company Embracer Group. This transaction, combined with a lack of new content, makes some fans believe that the game will soon be abandoned. However, it has since been stated that Disney has the power to let Crystal Dynamics continue working on the game, so all is not lost. The developer has officially announced that Jane Foster will be added to Marvel’s Avengers as a playable hero, suggesting the game still has a future.

The Magnificent Ms. Marvel Outfit gives one of the best Marvel’s Avengers characters a unique comic-inspired appearance. While she is one of Marvel’s newer icons, the character plays a pivotal role in the game’s story and has a wealth of comic designs to pull from. Now Ms. Marvel players can don shiny Kree armor as they explore the overhauled events coming to Marvel’s Avengers.