Married… With Children Animated Reboot With Original Cast In Talks 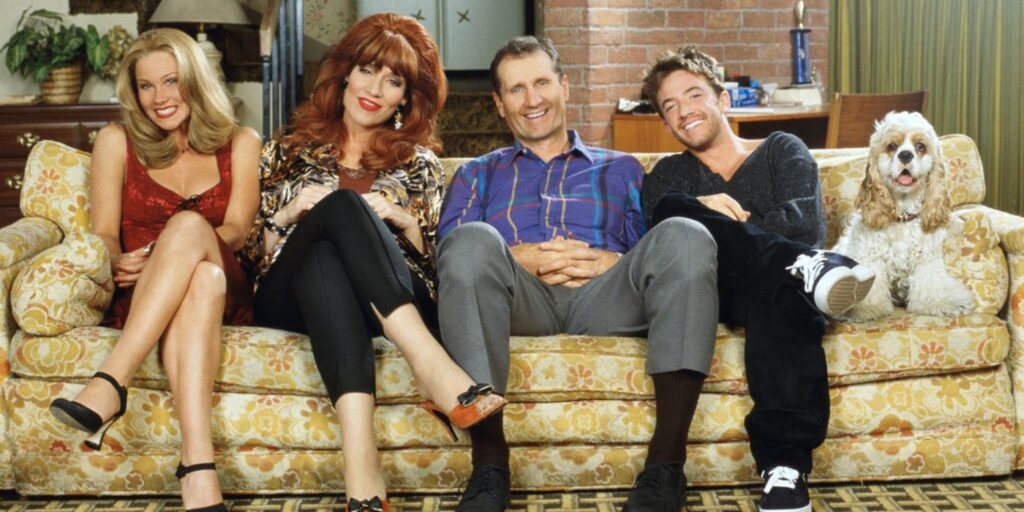 A popular 90s sitcom, Married… with Children, might be making a comeback as there are reportedly talks of an animated revival series with the original cast. Married… with Kids is an American sitcom that premiered on April 5, 1987, and ran until June 9, 1997. Its 10-year run makes it one of the longest-running live-action sitcoms of all time. The series gained attention due to its unconventional nature. It was one of the first raunchy family sitcoms, and it was the antithesis to the “happy family” premise of many shows at the time, focusing on the dysfunctional Bundy family.

The Bundy family consists of husband and wife, Al (Ed O’Neil) and Peggy Bundy (Katey Sagal), and their two children, Kelly (Christina Applegate) and Bud (David Faustino). Al is a misogynist shoe seller who can’t stop trying to relive his glory days as a football star. Meanwhile, his wife, Peggy, is a lazy housewife who complains about money while refusing to get a job and who frequently mocks Al. Kelly is greatly lacking in intellect, and Bud is a bratty smart-aleck. Married… with Children shattered the fake, perfect nuclear family image and gave audiences a family that was hilariously dysfunctional but also more relatable.

As reported by Deadline, there are talks of reviving Married… with Children with an animated series. An animated revival series is reportedly being pitched to networks and is starting to garner interest. The series is written by Alex Carter, executive producer of Family Guy, who has seemingly got the original stars of Married… with Children on board with the project.

As of now, no network is officially attached to Married… with Children. If it were to be picked up, it would likely find a home with Fox or a streaming service such as Hulu or Peacock. The news of a potential Married… with Children revival is exciting, as the show has a long history of failed revivals. There was the spin-off series, Top of the Heap, which ran for a meager seven episodes before its cancellation. Sadly, this was the most successful revival attempt. Three other Married… with Children spin-off attempts were made, with one focused on David Garrison’s Steve Rhoades character and one focused on Bud. A third proposed spin-off series was supposed to be about an anti-feminist organization founded by Al called NO MA’AM (National Organization of Men Against Amazonian Masterhood), which was considered a very bad idea for obvious reasons.