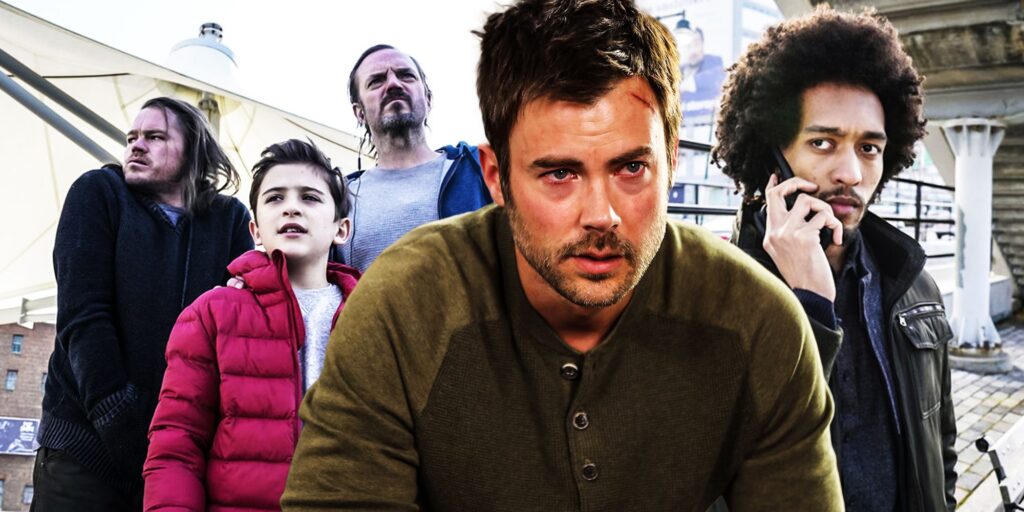 A theory about Manifest season 4 explains how the passengers can stop the Death Date without following Ben’s Lifeboat theory. Surviving the Death Date – which is fated to happen on June 2, 2024 – is currently the biggest challenge facing Ben, Michaela, Saanvi, and all the other Flight 828 passengers. But though they know when it is, what they don’t have is a way past it.

That being said, the passengers do have at least a semblance of a plan for dealing with Manifest‘s Death Date. The deaths of Kory, Pete, and Jace was a teaching moment for the main characters that helped them realize how complicated surviving the Death Date really is. Zeke survived it, but the passengers may face a much more difficult road. The reason for that relates directly to the Lifeboat concept that’s been pushed by Ben and Saanvi. If they’re right, every passenger has to make the right call in the trials to come if any of them have a hope of surviving beyond June 2, 2024. If one fails the Callings, they could inadvertently doom the rest of them. In other words, it takes only one passenger to sink the Lifeboat.

Much of Manifest’s season 3 story was driven by three words: “save the Lifeboat”. Because Kory and Pete seemingly died for Jace’s mistakes, Ben and the others are convinced that they have to keep everyone on the right path for them all to survive. It’s an ambitious goal, and one that could take up all of Ben and Michaela’s time if they continue to adhere to the theory. However, Manifest has yet to prove Ben right. The real way to beat the Death Date may not actually involve saving the Lifeboat, and could instead revolve around an individual’s willingness to sacrifice themselves for somebody else. Here’s why Ben may be wrong, and what the passengers may have to do instead.

The one Manifest character who dealt with the Death Dale and lived to tell the tale created the original blueprint for how to beat it. In the Manifest season 2 finale, Zeke found himself dying of frostbite, the same ailment that supposedly took his life to begin with. Despite his situation, Matt Long’s Zeke followed his Callings in a desperate effort to save Cal from Kory, Pete, and Jace. Zeke ultimately succeeded and managed to rescue the child. But to do it, he nearly died before his time was even up. Zeke had to dive into the ice and pull Cal out, while also facing resistance from a drowning Jace. For a moment, Zeke appeared to be dead but he suddenly sprang back to life, his frostbite gone for good. In the aftermath, Ben concluded that following the Callings and saving Cal is how Zeke beat the Death Date.

Unfortunately, what worked for Zeke in Manifest season 2 didn’t save Kory and Pete from their fates. Like Zeke, they too tried to follow the Callings, and though they did what it took to rescue Cal from Jace, both were killed anyway. Due to a connection to an ancient Egyptian story called “The Last Trial”, it was determined that all three were judged by the Callings together. So by making all the wrong choices and killing Grace’s brother, Jace doomed himself and both of his friends. What happened to Jace and Kory led to the assumption that the passengers will be judged by the same standards. However, a different theory postulates that the passengers are wrong about why Kory and Pete really died. Unlike Zeke, they didn’t sacrifice themselves [via Reddit].

The two did go to great lengths to follow the Callings and stop Jace, but there was never a moment where either of them went as far as Zeke did. It’s possible that by not expressing a willingness to make the ultimate sacrifice for the sake of another, Kory and Pete were deemed unworthy of surviving their Death Date. It would mean that rather than dying for Jace’s crimes, Pete and Kory met their ends because they just didn’t do enough to beat the Death Date. If that’s true, then there is no Lifeboat that Ben needs to save.

The sacrifice theory can properly explain what happened to Kory and Pate while also shedding additional light on why Zeke survived. As Ben noted, Zeke saved Cal, but more specifically, he sacrificed himself to do it. That, more so than the fact that Zeke followed the Callings and did a good deed, could be the real reason he got to survive. But if sacrifice truly is the key to beating the Death Date, Ben’s current strategy for the passengers won’t work. Getting his fellow passengers to do as the Callings dictate won’t ensure that any of them get past June 2, 2024. Accomplishing this could come at a much greater cost. The need for a sacrifice may have been hinted at by the reveal that members of Al-Zuras’ crew jumped off his ship.

As for how they would figure this out, perhaps the answers they’ll need will come from Cal. After disappearing and coming back five years older, Cal told a dying Grace that he knows what they have to do now. If Cal is referring to the realization that they have to be willing to sacrifice themselves, it’s possible that he already got over this hurdle. Or, as the Reddit theory suggests, it may be that Cal touching the tailfin and leaving his family for five years was the sacrifice that he needed to make to beat his own Death Date. If that’s the case, the sacrifice the Callings demand may not always be a person’s life. It could just be something of great personal value, like the time Cal could have spent growing up with his family.

Each person’s sacrifice could be something different and the characters may not find out exactly what it is until the dreaded Death Date approaches at the end of Manifest season 4. Similar to the situation with Zeke, some characters may be able to fulfill the Callings’ demands without dying, but the high cost of beating the Death Date may make everyone surviving the end of the series impossible. The chance exists that Josh Dallas’ Ben Stone or a different Manifest character will give up their life in the show’s final episode.