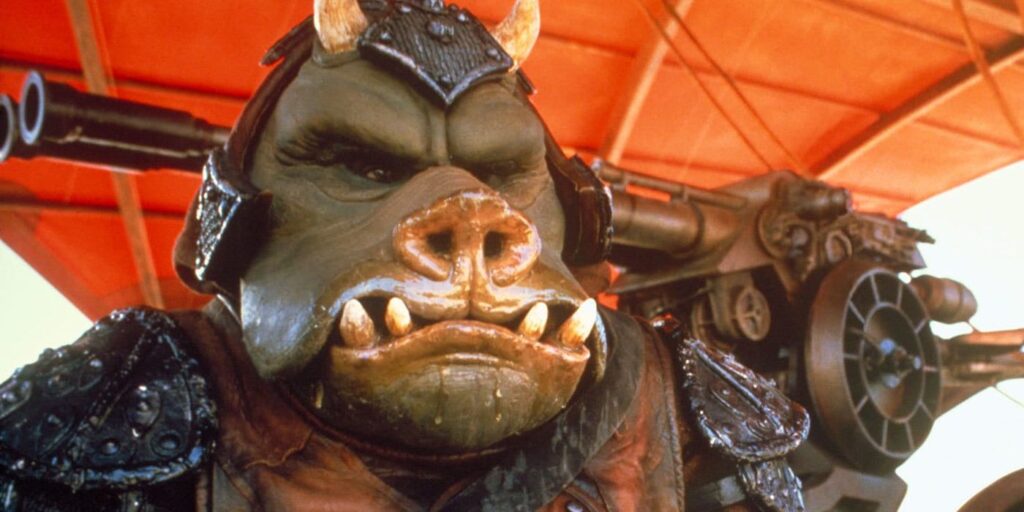 Gamorreans take center stage – or arena – in early concept art for The Mandalorian season 2. The Jon Favreau-created Star Wars series, often described as a space western, follows Mandalorian Din Jarin (Pedro Pascal) in a post-Return of the Jedi world in which much of the empire has been defeated, leaving disorganization and power vacuums in its place. The show has a gritty and solemn tone, which is often lightened by the presence of the instantly iconic Grogu, often referred to as “Baby Yoda” by viewers.