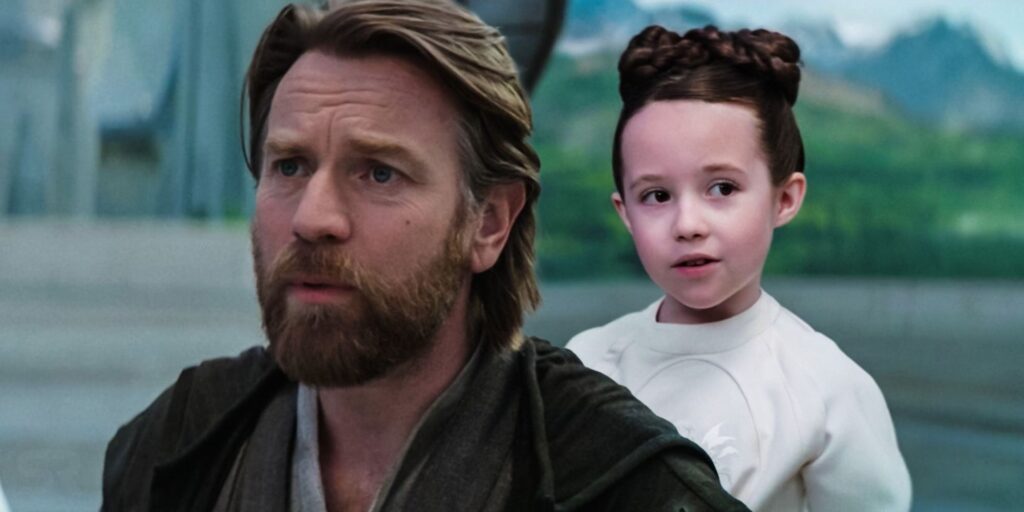 Leia Organa’s ending in the Obi-Wan Kenobi season finale makes Obi-Wan’s death an even greater tragedy. In the final episode of Obi-Wan Kenobi season 1, the Jedi Knight proved that in spite of his aging, he still has what it takes to beat Darth Vader at this point in the Star Wars timeline. However, it’s well-known that he won’t emerge victorious when they cross paths for the final time in the franchise.

Obi-Wan Kenobi’s six-episode story revealed that several years before he met his end at the hands of Darth Vader in A New Hope, Obi-Wan embarked on a perilous rescue mission. Sometime after beating Anakin Skywalker, the Jedi Knight was brought back into the character’s orbit by Reva’s plan to kidnap Princess Leia. His journey put him in conflict with both the Inquisitors and Darth Vader, but in the end, Obi-Wan triumphed over his enemies and was able to safely reunite the young princess with the Organas in the Obi-Wan Kenobi season finale.

Obi-Wan’s parting scene with Leia made an already sad moment in Star Wars history significantly more heartbreaking. When the two were saying their goodbyes, Leia asked Obi-Wan if she would ever see him again. In response, Ewan McGregor’s character said, “Maybe. Someday.” Obviously, Obi-Wan doesn’t know the answer to her question, but audiences who recall the events of A New Hope do. Obi-Wan came to the Death Star to save Leia from the Empire’s clutches, but was killed by Darth Vader while the others were busy escaping. Leia didn’t see Obi-Wan again, nor did she experience any sadness when she learned of his death.

In pairing Obi-Wan with Leia in his Disney+ series, the show was able to explore a bond between two Star Wars icons that didn’t already exist in canon. For the most part, it manages to do that without severely breaking the continuity established by A New Hope’s story, but their relationship in Obi-Wan Kenobi changes perceptions of the title character’s monumental death. Obi-Wan’s sacrifice prevented Leia from reuniting with the person who saved her as a child all those years ago. And in spite of her affection for her savior in Obi-Wan Kenobi episode 6, there was no expression of remorse over the fact that his second attempt to save her resulted in his death.

Regardless, Obi-Wan Kenobi succeeded in adding depth to an important part of the first Star Wars movie, which was Leia’s link to her father’s Jedi master. In A New Hope, Leia believed that Obi-Wan was her “only hope” of escaping the Death Star, and the Stars Wars show helped shed light on what motivated this opinion. Leia may not have seen him again after the Obi-Wan Kenobi finale, but it’s clear that she never forgot everything he did to save her from the Empire’s forces.

More: Yes, The Obi-Wan Kenobi Meme Was Perfect (& Worth The Wait)