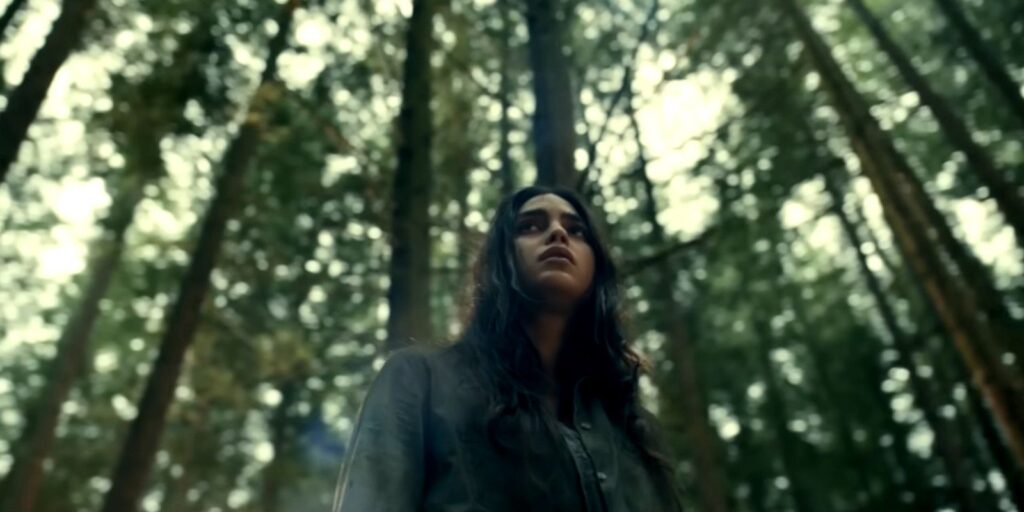 Netflix has released an official trailer for its upcoming survival drama, Keep Breathing. Starring Scream actress Melissa Barrera, the limited series follows a woman who must learn to adapt and survive in the Canadian wilderness after a plane crash. Co-created by Martin Gero (Stargate: Atlantis) and Brendan Gall (The Lovebirds), Keep Breathing’s six episodes were filmed across Vancouver under the respective direction of Maggie Kiley and Rebecca Rodriguez. Production officially wrapped in September 2021.

With the release date looming closer, Netflix has now shared the first trailer for Keep Breathing. Opening to the apparent tranquility of a private flight over Canada’s natural landscape, things take a dramatic turn when the plane unexpectedly plummets into a lake. Surviving the crash, Liz (Barrera) must battle isolation, exhaustion and the elements, all the while confronting her own demons from the past. Check out the trailer below:

Keep Breathing looks to be a far cry from Barrera’s recent role in the Scream franchise, though one could say the two parts hold a few similarities. Both Liz and Scream‘s Sam have to fight for their own survival, though the latter only has to deal with a couple of knife-wielding psychopaths. Liz will have to face the unknown of the Canadian wilderness in Keep Breathing, and that might be more terrifying. In addition to Barrera, Keep Breathing also features the likes of Jeff Wilbusch (Unorthodox), Florencia Lozano (One Life to Live), Juan Pablo Espinosa (Narcos), and Austin Stowell (Bridge of Spies). The limited series makes its Netflix premiere on July 28.