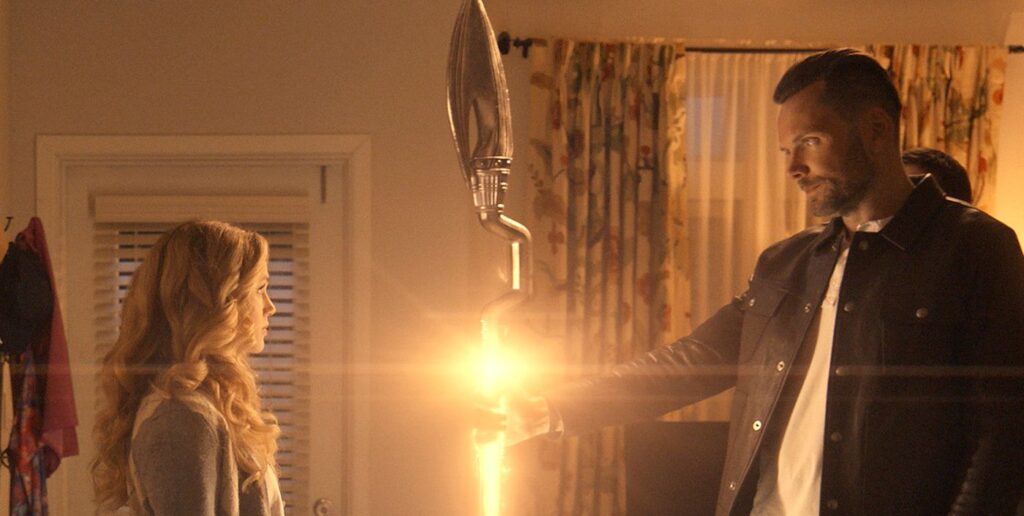 Joel McHale’s Sylvester Pemberton, a.k.a. Starman, takes center stage in new photos for the first episodes of Stargirl season 3. While the Arrowverse will not be as active as usual this fall, The CW network won’t be without DC TV content. Later this month, Stargirl season 3 will premiere, following Courtney Whitmore’s third year as a superhero and leader of the Justice Society of America. Subtitled Stargirl: Frenemies, season 3 will explore the heroes finding common ground with some of the series’ recurring villains as a new threat approaches Blue Valley.

However, Stargirl season 3 will also spotlight a character who has been part of the Arrowvese-adjacent series from the start. Before Courtney wielded the Cosmic Staff, it was owned by Sylvester Pemberton, better known as Starman (played by Community star McHale). Despite seemingly dying in the final battle against the Injustice Society of America, Starman survived; though how is still unclear. In Stargirl season 3, the show will have more time to explore exactly how Sylvester is still alive, with McHale’s Starman being a series regular this year.

RELATED: Everything We Know About Stargirl Season 3

With less than a full month to go before its premiere, EW has released new photos from Stargirl season 3, episode 1 and 2. The new promotional images put McHale’s Starman front and center, including a shot of him and Brec Bassinger’s Courtney seemingly having a crucial moment with the Cosmic Staff. The Stargirl season 3 episode photos also highlight the whole Dugan-Whitmore family, along with one of the show’s other new series regulars in Joy Osmanski’s Paula Brooks. Check out all the photos below.

Even though Starman appeared in multiple episodes of Stargirl season 2, the DC show didn’t really explore how Sylvester managed to survive the brutal battle all those years ago. Instead, Stargirl season 2 kept delaying those answers, while putting the Eclipso war front and center. Despite being a full-time cast member in Stargirl season 3, not much has been revealed about Starman’s larger role this fall, other than that McHale’s DC hero will be mentoring Courtney to some extent.

At this point, Stargirl season 3 has to be the season in which The CW drama gives some concrete answers on how Starman still lives. With The CW’s new owners, Nexstar, scaling down on the superhero shows, and all the changes going on with Warner Bros. Discovery, there may not be a Stargirl season 4 next year. Legends of Tomorrow, Batwoman, and Naomi were axed this year, and it was recently confirmed that The Flash season 9 would be the show’s final installment. With DC TV winding down, Stargirl season 3 could very well be its last. Given this, Stargirl season 3 will hopefully use its 13 episodes to answer once and for all how McHale’s Starman survived and what’s in store for his future, in case the show doesn’t get another chance.

MORE: Stargirl: Which DC Hero (Or Villain) Will Cameron Become?