Jason Blum Hints Paranormal Activity Franchise May Be Over (For Now) 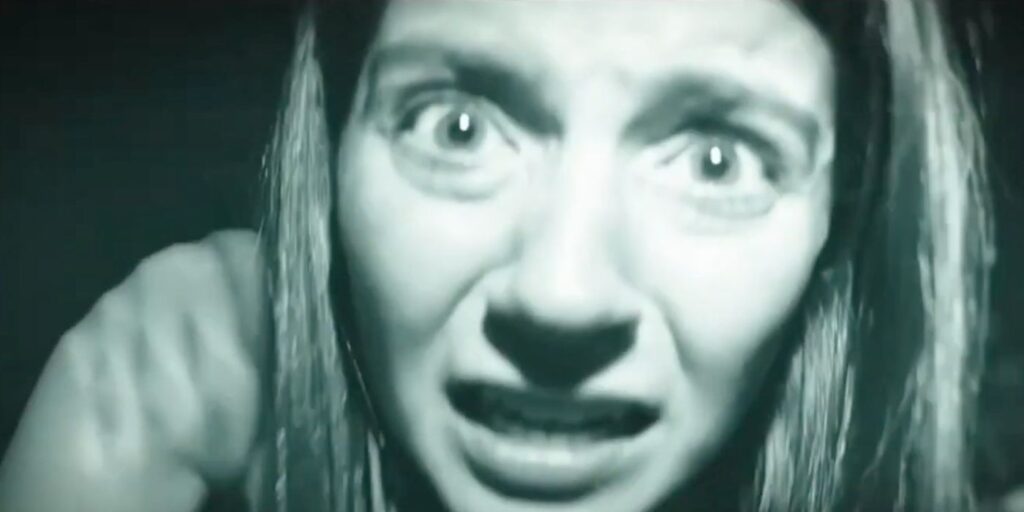 The executive producer of the Paranormal Activity movies says that he thinks it’s time to put the franchise to bed. Paranormal Activity and its production company Blumhouse came to prominence at the same time in the late 2000s, with the original film’s titanic success propelling the company into the spotlight. The first Paranormal Activity was a scrappy, low-budget found footage shocker about a couple being haunted by an entity in their San Diego home, and it made over 700 times its total budget of around $250,000. The film was followed by four sequels, a Japanese sidequel titled Paranormal Activity 2: Tokyo Night, and the spin-off Paranormal Activity: The Marked Ones.

The franchise seemingly went dormant after 2015’s Paranormal Activity: The Ghost Dimenson, a 3-D film that was billed as the final chapter. However, it came roaring back with Paranormal Activity: Next of Kin, which premiered exclusively on Paramount+ on October 29, 2021. The film was poorly received by critics and audiences alike, with the groups rating it 31% and 36% on Rotten Tomatoes respectively. However, an eighth film titled Paranormal Activity: The Other Side is in development, though it was delayed from a promised 2022 date to 2023.

Related: Paranormal Activity 7 Proves The Franchise Has Run Its Course

This week at Locarno, Blumhouse Productions co-founder Jason Blum spoke with Variety about the future of the Paranormal Activity franchise. He said it’s probably time to put the series to bed, admitting that Next of Kin was “terrible.” However, he will never say never, admitting that “it would come back if some director I love” like if The Black Phone‘s Scott Derrickson were to want to helm a new Paranormal Activity project. Read his full quote below:

It has been enough already. That last Paranormal Activity movie was terrible.

With Halloween, we only had the rights to three movies, so we said: Halloween Ends! It ends for Blumhouse, at least. With other things, you just have this feeling it’s time to put them to bed. It would come back if some director I love, like Scott Derrickson, said: “I have a great idea for a Paranormal Activity movie.” But it’s not something I want to do [at the moment].

Blum’s flat rejection of Next of Kin makes the future of the promised Paranormal Activity: The Other Side seem even murkier. After the film’s delay, not much has been heard from the project, leading some to speculate that it may eventually be scrapped. The article containing his quote reaffirms that the film is indeed still on the docket, but that still seems to be a shakier prospect after Blum’s comments.

Even if that film gets made, it certainly seems like Paranormal Activity will be going dormant again for the time being. However, once enough time has passed to wash the taste of Next of Kin out of people’s mouths, it seems almost a certainty that the franchise will come back again. The horror franchise has already proved itself to be as indefatigable as the demonic presence that haunts the families in the films themselves.

Next: Paranormal Activity 8: Everything We Know About The Other Side