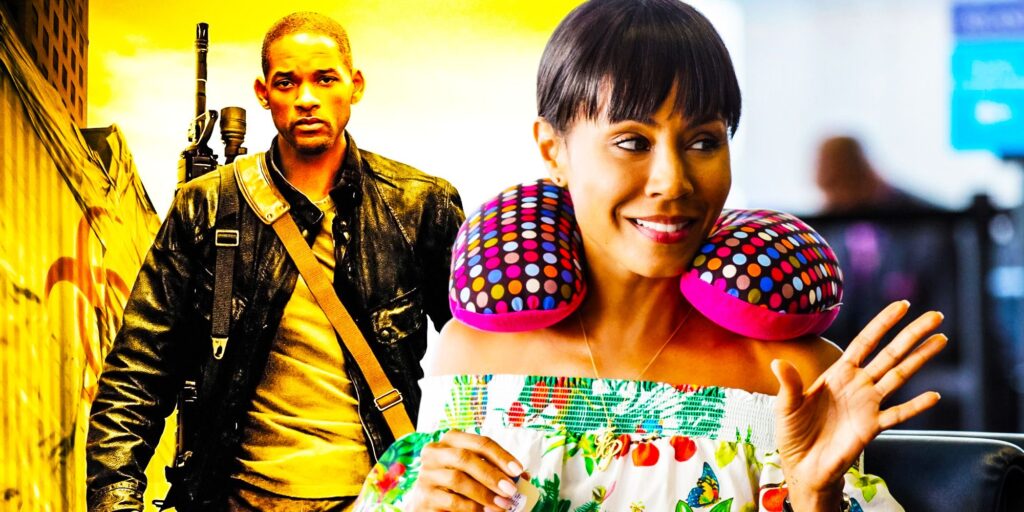 In 2007 Jada Pinkett Smith produced a series of I Am Legend short films, and here’s each one explained. The Will Smith-fronted I Am Legend was the third adaptation of Richard Matheson’s novel of the same name. I Am Legend followed previous adaptation’s The Last Man On Earth, which starred Vincent Price, and 1971’s The Omega Man, with the 2007 Smith movie also borrowing elements from the latter. The film was critiqued for its weak visual effects in regards to the central creatures the “Darkseekers” and its ending, but Smith’s performance, its eerie depiction of an empty New York and the way it meshed a character drama with a blockbuster all received praise.

I Am Legend’s somewhat conclusive ending appeared to rule out a follow-up, though both a prequel and a sequel were developed. In March 2022 it was confirmed Smith would return for I Am Legend 2, with Michael B. Jordan also starring. However, following Smith slapping comedian Chris Rock at the 2022 Academy Awards ceremony, the status of the movie and whether the actor will still be involved has yet to be confirmed.

I Am Legend – which didn’t use the book’s ending – didn’t have much in the way of tie-in material during its release, outside of the multiplayer game I Am Legend: Survival. There was also an online webcomic dubbed I Am Legend: Awakening, which told five tales set before the world came to an end. Motion comic versions of I Am Legend: Awakening were later made available online and home media releases, with Jada Pinkett Smith acting as co-creator and producer on all of them.

The I Am Legend: Awakening motion comics were produced via Jada Pinkett Smith’s 100% Womon and Overbrook Entertainment production companies. Will Smith’s Robert Neville doesn’t feature in any of these shorts, however, which instead take place across the globe. “Sacrificing The Few For The Many” is set at a South American camp for those infected with the Krippin Virus that is attacked by the military, “Isolation” follows a dangerous prisoner as he escapes after the outbreak has taken over America, while “Death As A Gift” follows the last survivor of the virus in Hong Kong.

The longest – and darkest – of the I Am Legend short films is “Shelter,” which is set in India and sees a teenage girl trapped outside her family’s underground bunker. Jada Pinkett Smith is credited as a creative editor on all the I Am Legend: Awakening films, while writers like Dawn Thomas and the movie’s screenwriter Mark Protosevich are credited for penning the stories. Oddly, Warner Bros made three of the motion comics available on their YouTube channel – including “Sacrificing The Few For The Many,” “Isolation” and “Shelter” – but didn’t include “Death As A Gift.” While they aren’t essential to I Am Legend – whose sequel can resolve a vampire issue – they do add some extra context to it.

Next: I Am Legend’s Alternate Ending Explained: What Happens & Why It Was Cut